The team behind the rescued-food supermarket is doing brunch. 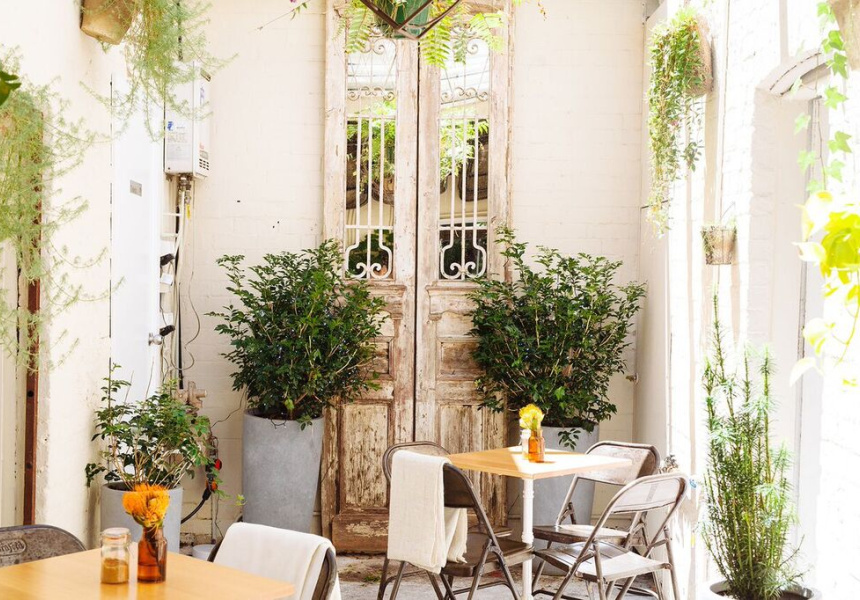 One hundred per cent. That’s how much of the profits from Gratia and Folonomo’s profit-for-purpose pop-up cafe with OzHarvest that will reach the food-rescue charity.

The organisation founded Australia’s first rescued-food supermarket in Sydney last year, and has now moved in to the Surry Hills cafe space at 372 Bourke Street until September.

OzHarvest Cafe by Gratia will introduce a zero-waste menu from Wednesday, and all its profits will help OzHarvest deliver meals to those in need.

OzHarvest’s executive chef Travis Harvey will lead a team of under privileged kids in the kitchen, teaching them vital hospitality skills, as well as how to utilise perfectly good food scraps in cooking, which otherwise would be destined for the bin. Brassarie Bread and Black Star Pastry are on board as donors providing offcut ingredients. Harvey will get creative by using parts of food people often throw away, such as cauliflower leaves, which he will roast, broccoli stalks he will pickle, and old breadcrumbs he’ll turn into ramen noodles. “If you snap off broccoli stalks at the supermarket, they’ll charge you [for doing it]. They have notices up about it – it’s a thing people don’t want but should,” says Harvey. He hopes the menu will make people think about what they routinely throw out. “It will read like most menus … but we will be using 20 kilos of cauliflower and broccoli stems to make soup,” he says. “They have this beautiful texture, almost like a palm heart or bamboo.”

You’ll find brioche-egg waffles served with banana curd, walnuts and Pepe Saya mascarpone. For this recipe, excess Brassarie bread will be used (at any given time the kitchen has 20,000 litres of sourdough starter at hand), alongside ripe bananas and leftover egg yolks from Black Star Pastry’s Strawberry Watermelon cake. “This week they’re making 16,000 portions of the cake. We’re even pickling the leftover watermelon rind for another recipe … you can do a whole bunch of things,” says Harvey. Pancakes with goat yoghurt, caramel and nuts will also feature, made from milk (nearing its expiry date) and leftover whey from making ricotta donated by various Sydney chefs. To mark the pop-up’s opening, the venue will be splashed in OzHarvest’s trademark yellow colour for three months. “This is the perfect partnership as it brings together passionate people and delicious food for a great cause,” said OzHarvest founder and CEO Ronni Kahn in an official statement.

This cafe partnership is timely. Food waste in Australia costs an estimated $20 billion each year. Australian consumers waste 20 per cent of food purchased and throw away one in five shopping baskets of food each year. Four million tonnes of food ends up as landfill, where it decomposes and emits methane, a potent greenhouse gas.

The OzHarvest Cafe by Gratia will be open for breakfast and lunch from Wednesday to Sunday from July to September this year. Every $1 spent can help deliver two meals to someone in need.

For more about the work of OzHarvest, read our story on Food Fighter, a documentary about Ronni Kahn – the Australian entrepreneur behind the organisation.