Solving Hunger, One Meal at a Time

Plenty of people thought Ronni Kahn was mad when she founded the food-rescue service, OzHarvest. But after 10 years, the not-for-profit company is a resounding success, and there’s no shortage of ideas for the future. 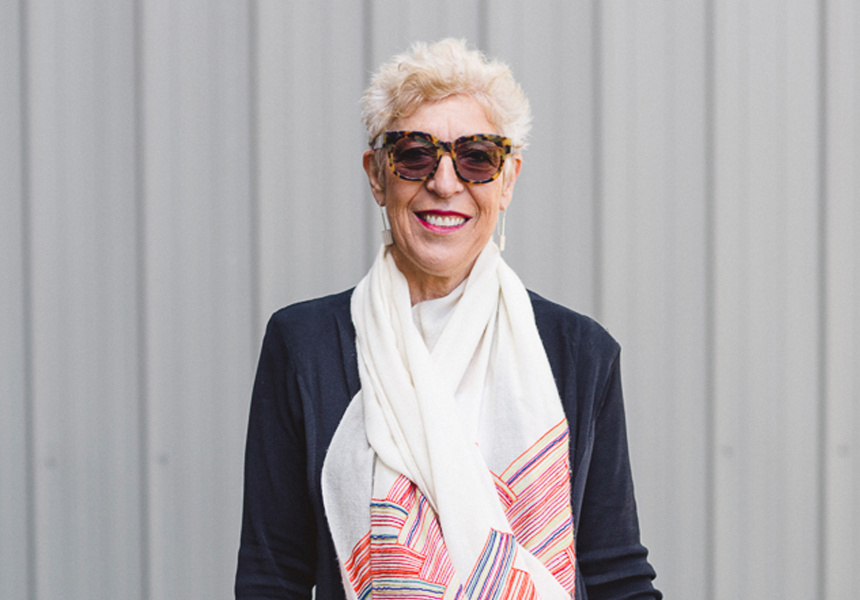 South African-born Sydneysider Ronni Kahn is an ideas person. So when she was at the height of her success running an events company in Sydney, and night after night saw thousands of kilos of delicious food thrown out after events all over Sydney, her brain began ticking over.

In 2003 she decided enough was enough, and hit upon the idea of OzHarvest.

It’s simple: rescue the perfectly good, healthy food that businesses, cafes and restaurants would otherwise throw out, and redistribute it to families whose lives depend on it. A staggering 2.5 million Australians every day, one-third of them children, do not have enough to eat.

You’ll have seen OzHarvest’s cheerful, buttercup-yellow vans making their way around Sydney. When the organisation started in 2004 there was one van, one driver, one operations manager. In that first year it saved 13,000 meals and delivered them to six different charities.

Today 1000 volunteers help deliver half a million meals a month from 2000-plus donors to more than 500 charities all over Australia.

We asked Ronni Kahn to give us the real story about the surprising face of hunger in Sydney today, and to list some things she’s learned about setting up a food-rescue operation in Sydney.

1. We are all guilty of wasting food

People throw away one out of five shopping bags – or $1036 worth of groceries each year, including 20–40 per cent of fresh fruit and vegetables and 100,000 tonnes of seafood. The amount of good food we waste as a nation, and the amount of people in our country that go hungry, still haunts me. I don’t want to be here in 10 years’ time saying that Australians still waste $8–10 billion worth of food each year. Individual actions can make a huge difference in the long term.

2. It’s not just the homeless who go hungry

People previously classified as middle-class also rely on food relief, including single parents with children, the unemployed or the working poor. [OzHarvest’s support is just as gratefully received on the north shore and eastern suburbs as it is in other areas of Sydney].

3. Delicious meals can be created from rescued food

Nearly any meal you think of can be created from rescued food and our Chef for a Cause, Travis Harvey, comes up with felafels and pilaf, delicious cous cous dishes and tagines using rescued produce.

4. A simple meal can change a life

Food is about caring, sharing, dignity and respect. The joy and love felt by people who receive the food we deliver cannot be measured, only seen and felt.

We’ve had tears from people who received some potatoes; stories from mums who are able to give their children fresh chicken for dinner when they had nothing to put on the table.

There are three ways people can help: donate time, donate money (every $1 donated equates to two meals to people in need), donate food.

6. You don’t have to be a millionaire to set up a charity

Anyone with a vision, a passion, a dream to make the world a better place, can set up a charity. It’s about commitment, perseverance and hanging in there for the long haul.

7. People are full of surprises

There are so many people in our community, in our country, willing to help. Ten years ago the Macquarie Group Foundation gave OzHarvest the seed funding to take my idea and turn it into a reality. This year our founding partner, Goodman, donated a multi-purpose warehouse space; Sargents Pies Charitable Foundation allowed us to fit-out our commercial kitchen; we’ve been implementing our educational NEST (Nutrition Education Sustenance Training) and Nourish programs to train and skill up disadvantaged youth – and the support from the food and hospitality industry has been truly phenomenal.

Playing a role in changing legislation around food donations and pioneering food-waste education globally as partners of the United Nations Education Program to highlight the Think.Eat.Save campaign to reduce global food waste.

9. Dreams for the future

We need to work towards a sustainable food system accessible to all. I see a world of reduced food waste, people who are passionate about our planet, abundant food for all and opportunities to shift lives for the better.

It’s an amazing feeling. We have achieved more than I could ever have imagined. In 10 years we have rescued 10 million kilograms of food and delivered the equivalent of 30 million meals to those in need.