Chicken poppers, mac’n’cheese croquettes, fried-chicken tacos, the Beyond burger and Peking duck pancakes. The bar at Alibi has shed its clean-eating menu to explore its dirty side. 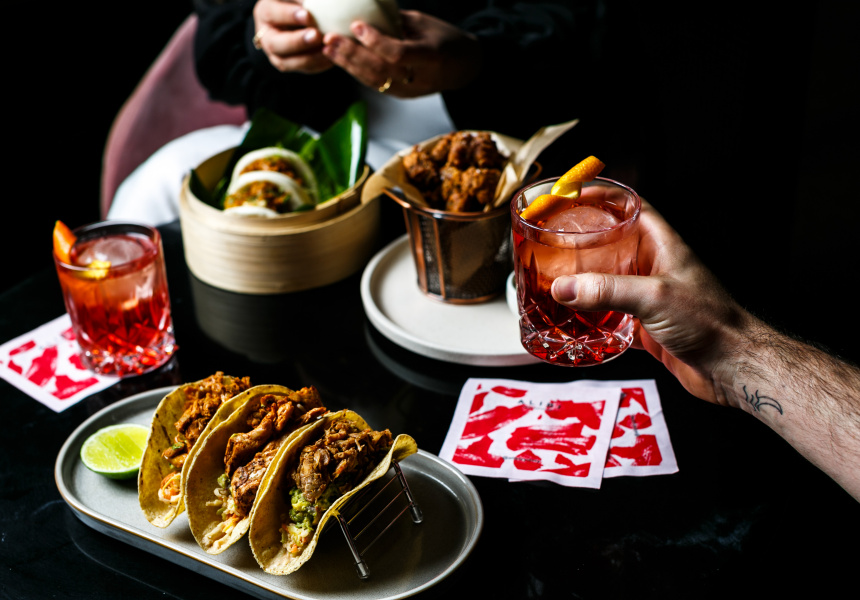 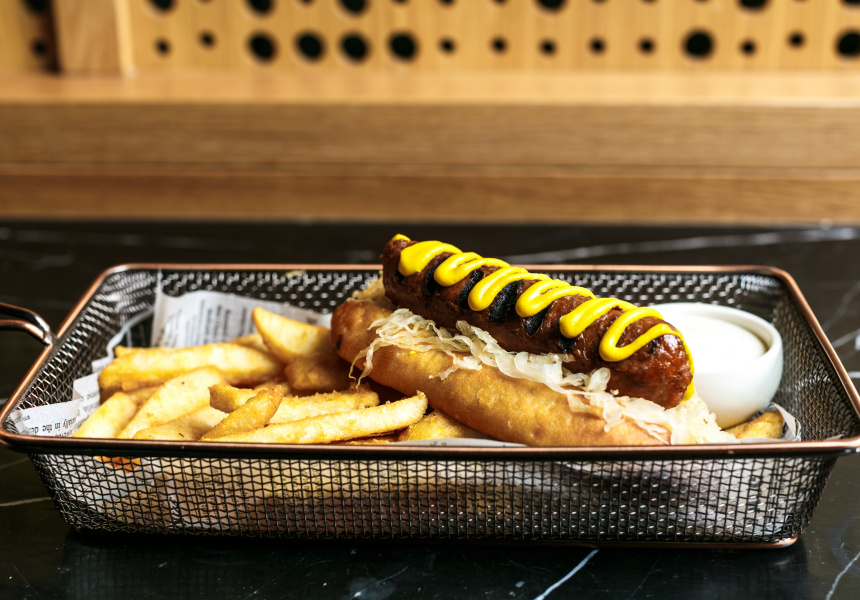 Alibi is the casual bar and restaurant in Ovolo Woolloomooloo (a hotel) with a predominantly vegan menu. It opened in March 2018 under the supervision of Matthew Kenney, the chef and food personality behind LA vegan eatery Plant Food + Wine. Alibi head chef Jordan Brogan (ex-Acre Eatery) came on board in November 2018, with Kenney (based in LA) now in the role of “creative culinary partner”. Brogan describes him as a mentor, and tells Broadsheet that while Kenney is still involved, it’s really up to Brogan and the team on the ground what the bar and restaurant serves.

So it’s Brogan who’s behind Alibi’s new bar menu, called Dirty Greens. When Alibi opened its bent was healthy vegan food, but Brogan thought it was time to try what he describes as “the dirty side”. It’s part of a now-established trend in Sydney for vegan food in a casual setting that moves beyond Buddha bowls, salads and after-thought vegan options, and embraces plant-based meats and cheese as seen at venues such as Mary’s Circular Quay, Soul Burger, Bad Hombres, Gigi’s Pizzeria, Peppe’s, The Green Lion and other venues that are not exclusively vegan, but that have considered and excellent plant-based options.

“The idea of vegan food, and in particular vegan ‘junk food’, is massively changing,” Brogan tells Broadsheet. “A few years ago a vegan burger was either a mashed potato patty or a mushroom in a bun. Now there are so many amazing products out there, the possibilities are endless.

“We wanted to create a bar menu full of easy-to-handle foods ... beer in one hand and a mac‘n’cheese croquette in the other.”

The new menu (entirely vegan) involves three types of tacos: pulled “Asian-style” jackfruit, Peking duck and chipotle-lime chicken, all with guacamole and slaw. The chicken is crunchy and the chipotle and lime cuts through the chicken’s fried chunkiness. The mac’n’cheese croquettes have the perfect crumb-to-filling ratio; each bite is crunchy and has a cheesy-pasta squish to it. It comes with a super-spicy dipping sauce. The Peking duck is chef Brogan’s favourite. The “meat” is rich and umami-intense and comes with a classic Peking duck sauce wrapped in a pancake. But it was the chicken poppers that were the hardest to get right. “Manipulating a range of spices with wheat protein took many goes, and a lot of trial and error,” he says.

There is also a garlicky za’atar flatbread with a doughy but thin base, and bao buns stuffed with the pulled jackfruit, kohlrabi slaw and black-garlic cashew sauce. Bigger dishes include the Beyond Burger, made with the Beyond brand patty (also available at Soul Burger). The bar at Alibi is serving it as a “quarter pounder” with American cheese, pickles, tomato and iceberg lettuce. And the Alibi Dog, which uses a Beyond sausage (also available at Lord of the Fries), that’s done with sauerkraut and American mustard. It comes with steak-cut fries.

“Plant-based food can be so delicious and still have the meatier flavours … like the Peking ‘duck’ pancakes and pulled-‘pork’ bao buns as a result of us getting creative with jackfruit,” says Brogan.

For dessert there’s a quince pie. It’s a sweet quince paste served in layers of flaky filo, and it comes with a vanilla-ry whipped vegan cream.

“Most of the vegan ‘junk food’ designed to resemble meat is more for the curious omnivore or flexitarian, who are becoming more prevalent,” says Brogan. “Flexitarians are cutting down on their animal-product intake, trying to be healthier or looking out for the environment. One of the biggest factors leading people to try vegan ... is that it’s trending across the country – it’s the new culinary thing. People are loving the trend and it looks like this one’s here to stay.” 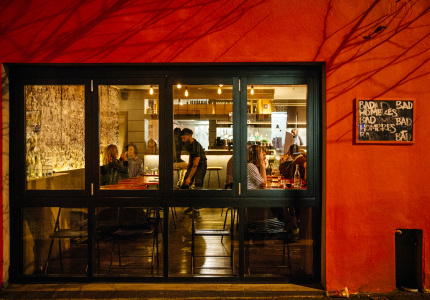 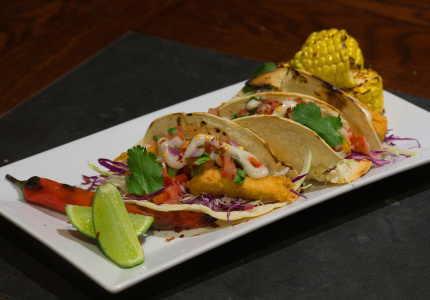