Out of Town: Woy Woy

This charming coastal town has been a fishing destination for 90 years, but now it’s emerging as a serious eating and drinking destination, too. 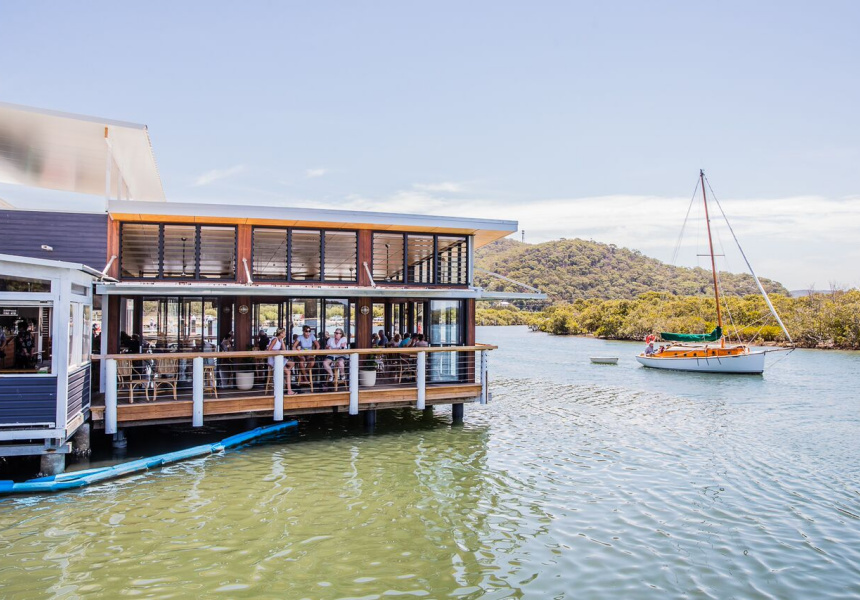 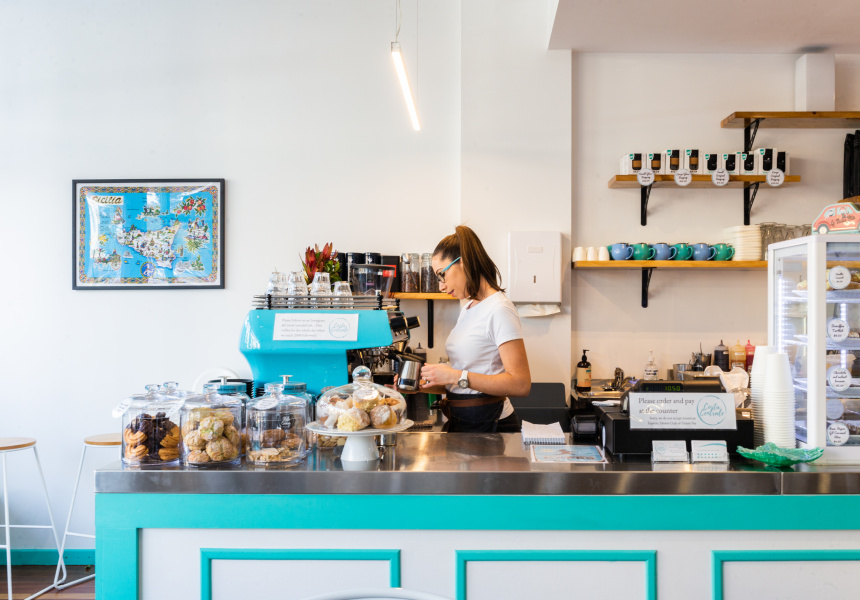 Woy Woy was one of the first places connected to Sydney by railway, which turned it into a popular tourist and fishing destination from the late 1930s. There was even a film made about it, which rather ambitiously pitched the town as “the Venice of Australia”. The comparison may be dubious, but the fact remains that ever since, tourists and locals from nearby towns such as Newcastle, Kincumber, Long Jetty and Sydney have been visiting the area to fish and enjoy fresh Sydney rock oysters gathered from the Brisbane Water estuary.

The town itself has been less of an attraction. Until recently, that is. If you remember Woy Woy as a fish shop, two pubs, a handful of small cafes and Thai takeaway options, it could be time for another visit. As we’ve seen in places such as Wollongong and Thirroul, a younger demographic is eschewing Sydney’s hectic pace in favour of a laid-back coastal lifestyle. As a result, Woy Woy has a new sense of life about it – one that’s best experienced by visiting this excellent bunch of restaurants, cafes and bars.

The Lucky Bee
This Southeast Asian restaurant started life in nowhere less than New York City. After 18 months, though, untenable rent and a yearning for family brought restaurateurs Rupert Noffs and Matty Bennett home. They serve a fusion of Thai, Vietnamese and Chinese cuisines backed by Bennett’s six years cooking at Longrain. Try the twice-cooked pork-hock bao buns with hoisin, pickled cucumber and chilli. This is also just a great place for a drink. Apart from the waterside views, there’s a list of fun and fruity but entirely credible cocktails, such as daiquiris and Piña Coladas.

Since publication Lucky Bee has moved to a new location in neighbouring Hardys Bay.

Young Barons
Woy Woy’s changing demographic is writ larger here than anywhere else. Bryce Gleeson and Danielle Mills – a couple of 24-year-olds – started the 28-seat pasta bar last year to bring some much-needed diversity to the town’s dining scene. The dim, lively space wouldn’t feel out of place in Sydney. Start the night with a signature cocktail or aperitivo, before turning your attention to handmade pastas and gelato. The ham hock and potato fritters with red-pepper salsa and mayo is our go-to entree.

Since this story was published Young Barons has converted into a food store and is open for coffee, pastries and lunch.

Tropicana Pizza Pizza
Tropicana Pizza Pizza is handily located five minutes’ walk from the train station. It’s just as fun as the name suggests – ’80s and ’90s tunes are on the stereo, and groups of cheerful locals drop in for drinks and a few slices of thick-crust, overnight-fermented pizza. The dough was developed by Yasmin Newman, author of The Desserts of New York and a mate of first-time owners Tim Stockton and Cate Stewart. Popular combos include the Tropicana, topped with double-smoked ham, shaved pineapple and pickled jalapenos; and the Calabrese with pepperoni, mushrooms, kalamata olives, bocconcini and basil. Pair with an ice-cold Grifter pale ale or glass of Krinklewood Wild Red for maximum satisfaction.

Woy Woy Fishermen’s Wharf
Pat and Anne Cregan started Fishermen’s Wharf in 1974, as a small boat-hire business, but it wasn't until they reopened as a fishmonger in the ’80s that it took off. Nowadays it’s run by their grandson Sam Clayton and his wife (designer Xanthe Highfield), who gave the rickety jetty restaurant a fresh look in 2011 using scavenged seats from the Country Women’s Association, timber booths built by local craftsmen, and upholstery from Mambo alum Bruce Gould. Earlier this year they also re-opened the more formal restaurant out the back. The impressive wine list is by Clayton’s sister, Michaela Clayton, an award-winning sommelier who made her name at Bilson’s in Sydney. Almost every seat has a view of the surrounding water, birds and mangroves – an appropriate vista when you’re getting stuck into fish’n’chips or salt-and-pepper squid. Tip: go mid-afternoon to catch the sunset and avoid the crowds.

Link and Pin
On and off, Neadene Chadwick has lived on the coast for more than 20 years. She named her cafe after the coupling mechanism historically used to join train carriages. Being located right across from Woy Woy train station, it acts as a meeting spot for locals and interstate visitors alike. The philosophy is “simple food with a tasty twist”, which means dishes such as the sourdough with vegemite and smashed avo with rocket and balsamic-roasted cherry tomatoes. Visit on a Sunday to catch live music in the courtyard.

This article first appeared on Broadsheet on December 12, 2018. Menu items may have changed since publication. This article was updated on September 10, 2020 to reflect closed venues and changed hours and locations.