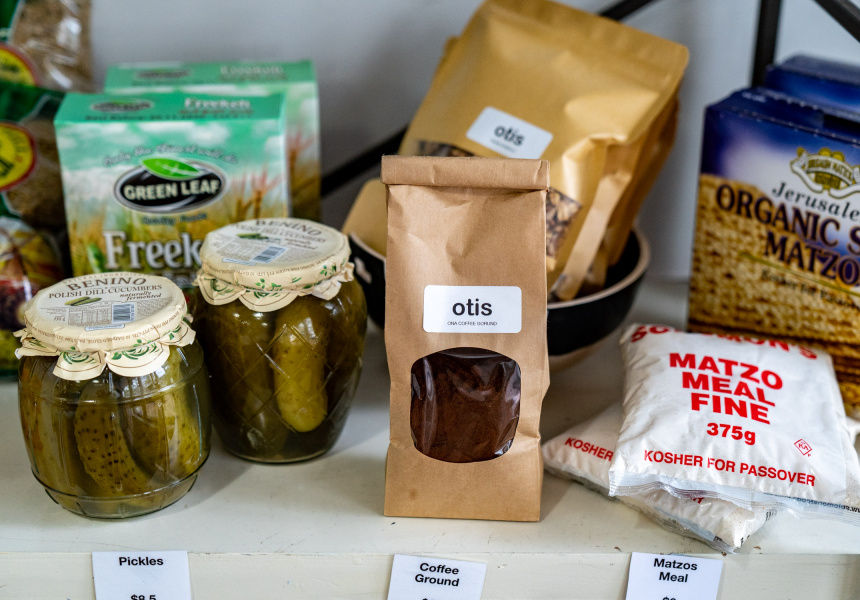 When journalists Annabel Crabb and Leigh Sales discovered the former head chef of London’s renowned Ottolenghi Belgravia restaurant had opened up a new deli-style cafe in Kiama, they mused on whether they should keep it a secret.

But not for long. In February, they declared on their podcast Chat 10, Looks 3 in February that “basically Ottolenghi has opened in Kiama”, unleashing a wave of hungry visitors upon the South Coast.

“After three days we got an influx of Sydney-siders who all follow Yotam Ottolenghi,” says Emily Herbert, owner and head chef of Otis Deli, located on Terralong Street, Kiama’s main drag.

“Ever since then, it’s been non-stop.”

When we visited the casual cafe and takeaway eatery in March, just after opening, there was already a queue out the door, a scramble for tables and platters of vibrant salads and sweets making us feel like we might over order.

Herbert is a big believer in the visual appeal of food, so her Middle Eastern-inspired menu is laid out behind a counter display, where punters also place their orders. “I’ve always liked to look at things before I eat them,” she says. “Once people see it, they understand it.”

There’s a heavy emphasis on salads (with lots of vegan and gluten-free options). You can choose between one ($8.50) and three ($21.50) or get a bigger tasting plate ($26.50). Thick slices of pan-fried aubergine are topped with whipped feta, pomegranate, smoked almonds and fried mint; roasted carrots come with miso tahini, chia, sunflower-seed brittle and spinach; and rice is flushed yellow with saffron and mixed with fried chickpeas, barberries, parsley and pomegranate.

Herbert says her savoury cauliflower cakes – little patties with beetroot relish – sell out each day, as do her vegan sausage rolls and chorizo mac’n’cheese.

And while the visual spectacle has people loading their plates, Herbert’s generous use of spice creates an incredible aroma that draws people into the shop. She has a finesse and sense of balance that makes the fresh local produce shine.

In-house dining was reintroduced on June 26, and last weekend the deli was busy – as was all of Kiama. “I think rain, hail or shine, people were coming out no matter what,” she says. Otis is now serving a new breakfast menu, with shakshuka, Baghdad eggs, scrambled saffron tofu and nut za’atar with avocado.

During the Covid lockdown Otis Deli did takeaway and catering, and also diversified to sell elusive pantry items, things such as Iranian barberries, Aleppo chilli, Egyptian tahini and saffron, alongside pomegranate molasses, freekeh, moghrabieh (pearl couscous) and rosewater. “I can’t take it away as everyone keeps coming in to get their spices.”

This month, Otis is introducing monthly pop-up dining events . The first, Otis x Israel, is inspired by Herbert’s time in Israel. Diners will get a six-course set menu (for two to 10 people) with matching drops from local wineries. (Details and tickets will be announced here.)

While Kiama might not seem the obvious place to open a Middle Eastern-inspired deli-cafe, for Herbert it ticked all the boxes. She has family in the area and whenever she visited she noticed there was room for a place like this. Turns out she was right.

Looking for more things to do in Kiama? Check out our guide here.