The Origin of Ben Shewry

Attica chef Ben Shewry’s first cookbook took three years to write. We chat with the chef about what was involved and whether or not he would dare do it again. 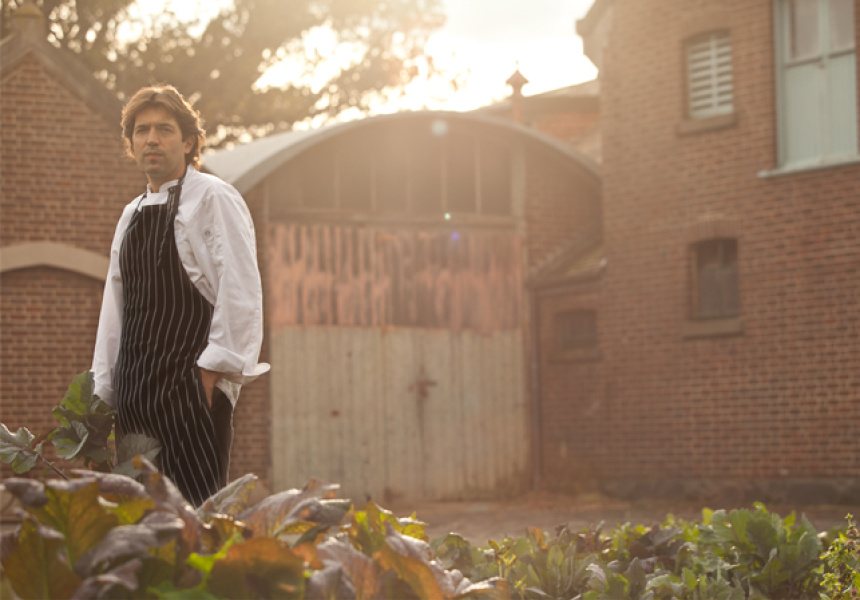 Ben Shewry in the gardens at Attica Ben Shewry’s first book may be his last. Origin, released in early November by Murdoch Books, is a tome, a work of art and a very personal insight into what makes this New Zealand-born, Melbourne-based, internationally regarded chef tick.

It was then, when Shewry’s wife Natalia became pregnant with their third child, that he thought he could “take the time to write the book and be at home more during the pregnancy”. But the writing process proved “a huge job” and he ended up having to write it on his rare days off.

“I had a clear vision of what I wanted and knew it would be hard,” he says. Part of this painstaking process is the photography in the book, which was undertaken by Shewry’s friend and colleague Colin Page. The photographs were taken in blocks over a 12-month period. “We would photograph just four photos per day for three days during seven or eight blocks throughout the year.” This was to ensure that pictures were taken while the ingredients were available during their correct season.

Apart from the food shots, there are several beautiful photographs of Shewry, his family, his work and his life; the book is about him and his perspectives on these fundamental aspects as much as the food on the plate.

“There are no pretensions – the book is how it is, it's about the things that happen as a chef,” he explains. “There are many stories in there, about the restaurant nearly going broke three or four times, about the ocean, plants, fatherhood – it’s all in there.”

The time Shewry took to create the book certainly paid off. The chef has received regular letters and correspondence from all corners of the country and the world since the book’s release. “That makes it all very worthwhile,” he says. “The best thing is hearing how people are responding to the book, all over the world.”

Origin is a catalogue of Shewry’s work thus far and a piece of insight, intelligence, sensitivity and hard work. When asked if there’s another book in him, he simply says: “I don’t know, I really don’t…I still feel exhausted by it.”

Let’s hope that in the years to come he’ll be ready to embark on another.