Will it be third time lucky Down Under for the American chain? 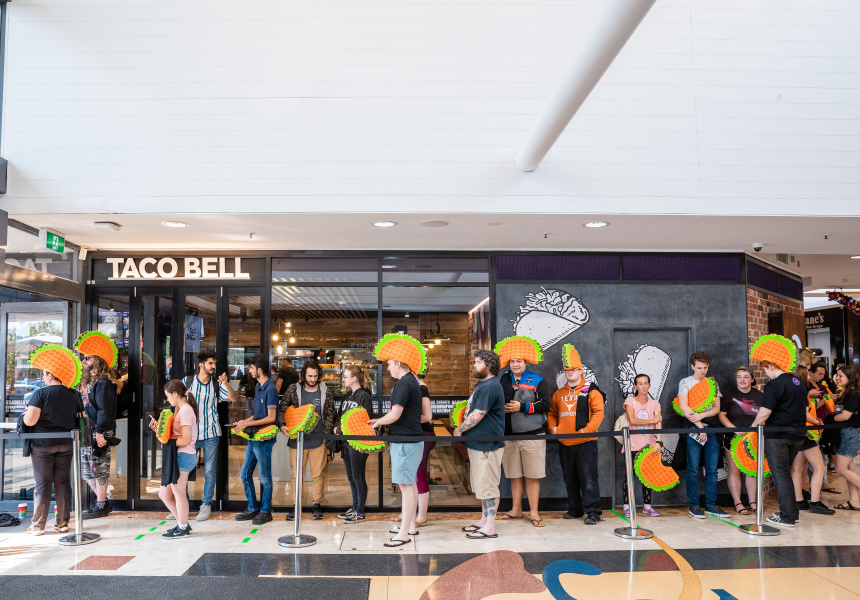 Taco Bell will open in Sydney on Tuesday, December 17, as part of its third attempt to appeal to Australian consumers. The Cali-Mex fast-food chain will launch in Blacktown’s Westpoint Shopping Centre, bringing its nachos, Crunchwraps, quesadillas – and naturally, tacos – to the residents of Western Sydney.

It’s the second Taco Bell to open in NSW in recent weeks, after a store opened in the Newcastle suburb of Jesmond in early December. (Another store opened on Melbourne’s Chapel Street earlier this month, celebrating with “the world’s first tram-thru”.) Taco Bell’s third attempt to crack the Aussie market began in 2017 with a series of new outlets in Queensland. The company failed to successfully launch in the ’80s and ’90s.

“It is now a much more mature market with significant growth of Mexican-inspired cuisine, which is now well-defined and well-loved,” a brand spokesperson told Broadsheet when we asked why they were giving it another go. “The brand itself is also in a different place, operating with a clear and deliberate strategy, giving the brand unprecedented momentum.”

The new chain is run by New Zealand fast-food operator Restaurant Brands, which said it had brokered an arrangement with Taco Bell’s global owners and planned to open more than 60 outlets in Australia and NZ by 2024. Restaurant Brands also operates 42 KFC stores in NSW and Pizza Hut in New Zealand.

The chain will also serve tortillas filled with chocolate and cheese (but not together), as well as churros, frozen Margaritas, beer and cider.

The Blacktown diner will throw a party tomorrow to celebrate the opening. There’ll be giveaways (including free Taco Bell for a year), plus the first 62 fans in line will get a free T-shirt to mark the company’s establishment in 1962. The store will have an open kitchen, customisable music and free wi-fi.

Taco Bell plans to roll out 40 restaurants across NSW and the ACT over the next five years.

Taco Bell Blacktown opens at 11am on Tuesday, December 17.