The celebrity chef is back in the kitchen of the influential diner, serving dishes old and new (including that famous Lotus cheeseburger) at the original site. 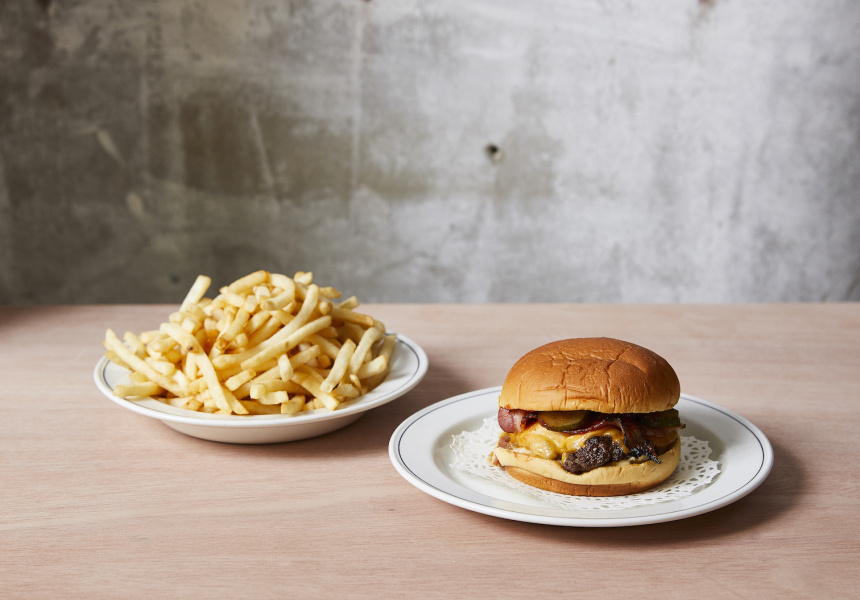 A Potts Point icon returns this weekend. Bistro and cocktail bar Lotus will reopen on Saturday, October 19 at the same site it launched at back in 2002. Executive chef Dan Hong (Ms.G’s, Mr Wong) will return to the kitchen where he first cemented himself as one to watch on Sydney’s dining scene.

The Merivale venue closed in 2012 after a decade in the space. More recently, the site was home to fellow Merivale eatery The Fish Shop, which closed back in June.

Lotus is where Hong – now a lauded chef and TV personality – landed his first head-chef role back in 2008. During his tenure, he created dishes that have since become the stuff of Sydney legend – most famously the Lotus Cheeseburger, which oozed with thin, caramelized onions, Japanese mayo, large pickle slices and American-style cheddar. But for the 2019 iteration, there have been some tweaks and upgrades.

The new patty formula, crafted with help from Gregory Llewellyn from Haverick Meats (and ex-Hartsyard) uses coal-smoked brisket and dry-aged beef fat, while the old burger buns have been swapped out for Martin’s potato rolls.

“The food is a bit more mature. I’m putting on dishes I think are extra tasty,” Hong tells Broadsheet. “I’d like to think I know more about my palate and what people want to eat. I hope the menu reflects that.”

Other classics like the hot-fudge sundae, steamed fish and tuna with sweet wasabi will also be back on the menu.

“Every time I step into that kitchen, it takes me back,” says Hong. “[This] was the first head-chef gig I ever hard, my first job with Merivale. I was 25 years old when I took the position and it’s surreal to come back and do it again, even for just a year.”

The bar, led by Colin Tam and Sam Egerton, will have a punchy cocktail list that harkens back to the late nights of the original diner. Classic Lotus cocktails such as the Lotus Martini and the Celestial are making comebacks, alongside new concoctions that have been created with the new food menu and contemporary drinking culture in mind.

“The cocktail bar is just as important to the Lotus experience as the bistro is. We want people just sitting there late into the night, sipping cocktails and having fun,” Hong says.

The space evokes the glamour and style of the ’70s. There are mirrored ceilings, chocolate-brown carpets, vintage floral sofas and velvet upholstered seating. The onyx bar that once glowed proudly in the venue’s rear has been reinstalled behind a curtain of timber beads. The fit-out also nods to Merivale’s long and storied history as a hospitality group – many of the features and furniture have been repurposed from the group’s previous venues.

Sadly for Sydney, Lotus isn’t back for good – this is just an extended pop-up. The Hemmes family (who own Merivale) acquired the Challis Avenue site more than 30 years ago, and recently sold it (reportedly for more than $13 million) to property investor Tony Benjamin, with an extended settlement period allowing trading for another year.

“I’d never say never. But it depends,” Hong says of a Lotus 3.0. “Sydney is a pretty fickle town. [People here] like eating at the latest restaurant and the next day move on to the next. We know that it can’t last forever.” 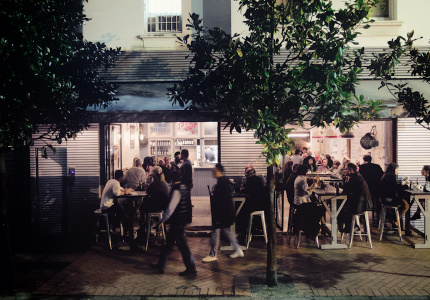