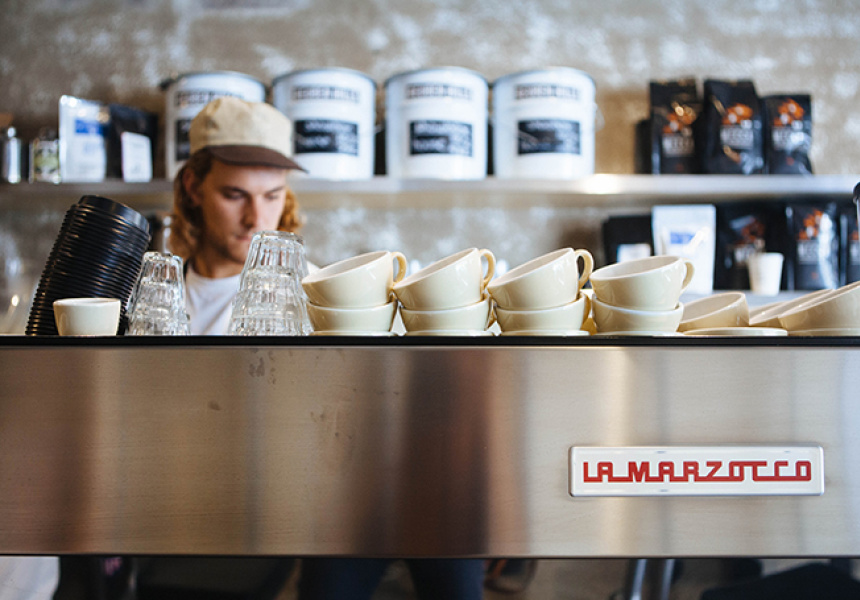 Setting up in Manly a week ago, Showbox Coffee Brewers is not a typical cafe, for the area or otherwise.

For instance, despite there being just over a dozen menu items, ‘eclectic’ is just about the only fitting adjective for this collection of dishes that all have a fresh, health-conscious bent. It might, in fact, be the first time a donor kebab has been seen on a cafe menu, although this one is decidedly not end-of-the-night fare. It features 24-hour slow-cooked beef, sticky eggplant, horseradish yogurt and hot sauce. It sits alongside black-buckwheat tacos, fresh crumpets with prosciutto and chilli and maple syrup, and virtuous-sounding carrot and coconut pikelets.

The venue also surprises with its approach to the décor. It forgoes the typical beach-chic look for something slightly more raw and urban. But this spot isn’t about being at odds with the neighbourhood – rather it’s about enhancing it. “There’s a community vibe down here; Manly has such a strong local contingency and I wanted to do something for the local scene,” explains owner Bo Hinzack, previously of The Penny Royal in Mosman.

Coffee is supplied by a rotating cast of roasters, including Mecca, Reuben Hills and Marvel Street. Showbox is doing a range of things, with an emphasis on surprise but in a way that’s contained enough to ensure quality. The name itself is an ode to this philosophy: “There was a theatre built in Seattle in 1939 and it had a reputation for playing a huge variety of bands. From Frank Sinatra to Iggy and the Stooges,” explains Hinzack. “I’m a big fan of the Seattle music scene of the '90s and it just kind of filtered down to what I’m trying to do with coffee, which is putting forward and providing various coffees from around Australia and creating a sense of community with a variety of products – not just sticking to one type, but showcasing different things.” 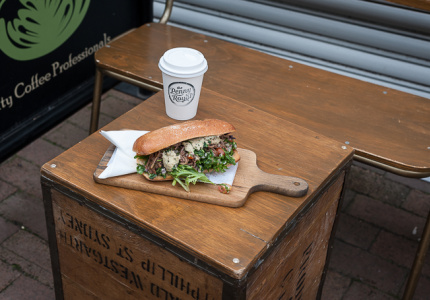