In addition to its creative lamingtons (think yuzu-meringue or pandan and coconut), there’s also now a range of savoury onigiri – including an Aussie breakfast-inspired bacon-and-egg version. 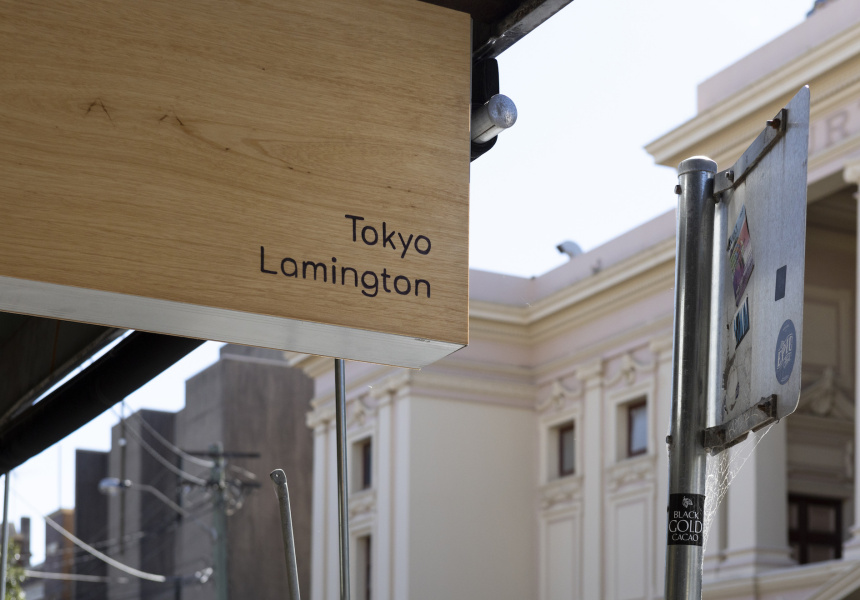 But now, the pair has swapped Haymarket for the backstreets of Newtown. “We knew we were never going to stay [at Haymarket] for long. We just wanted to test Tokyo Lamington to make sure it worked before we found a more permanent location,” Stewart tells Broadsheet.

The space they’ve landed in just so happens to be Black Star Pastry’s OG Newtown store, which became vacant after the dessert shop moved out of Australia Street and into a new shopfront on King Street earlier this year.

Stewart, who worked at the very same Black Star Pastry store once upon a time, said it was pure coincidence that Tokyo Lamington has opened in this exact space – but admits it’s nice to return. “It’s a funny feeling being back and it was a bit weird at first, but at the same time it’s nice, because all the locals come in and I recognise a lot of them.”

To make the space their own, the duo has given it a complete makeover. They designed and fitted out the light and bright space themselves, building all the benches, chairs and tables using a mix of form and birch plywood. They also used a Japanese charring technique, typically used to preserve wood, to bring some black-blue hues into the space.

“This shop is more of the Tokyo Lamington shop that we wanted to build, which we couldn’t build at Haymarket,” Stewart says. “It feels more Japanese-[inspired].”

While Tokyo Lamington’s playful spins on the humble Aussie cake – think flavours such as yuzu-meringue, pandan and coconut, and tiramisu – remain menu staples, there are some new additions. Most notable is the selection of onigiri (rice balls), made using high-grade koshihikari (sushi rice) mixed through with a Japanese salt that’s enriched with deep umami flavours, before it’s neatly wrapped in a sheet of crisp roasted nori imported from the Saga prefecture in Japan.

Like the lamingtons, the onigiri flavours change daily. Some are more traditional, such as the shiitake mushroom and kombu, and the sake salmon, while others are nostalgic Aussie flavours, such as bacon and egg, and sausage with tomato relish – an onigiri version of a Bunnings sausage sizzle. The menu also features brews from Single O, Mork hot chocolate and a new black-sesame latte made with sesame paste imported from Japan’s Saitama prefecture.

Four-legged friends are also welcome at the new store (Stewart’s own dog Okie is often found hanging around on Saturdays). There are treats such as a “puppuchio” with stretched milk and liver-treat powder, and dog biscuits available. Stewart is also working on a “doggie set” that will feature onigiri, puppuchio and dog biscuits. 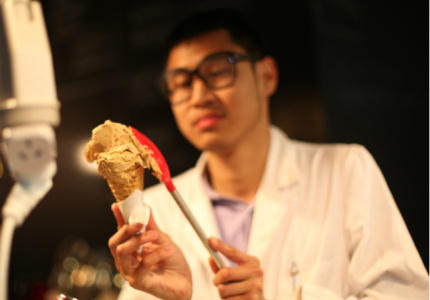