Fluffy scrambled eggs, Wagyu, grilled prawns and taro wedged between butter-infused bread – these are toasties like you haven’t seen before. 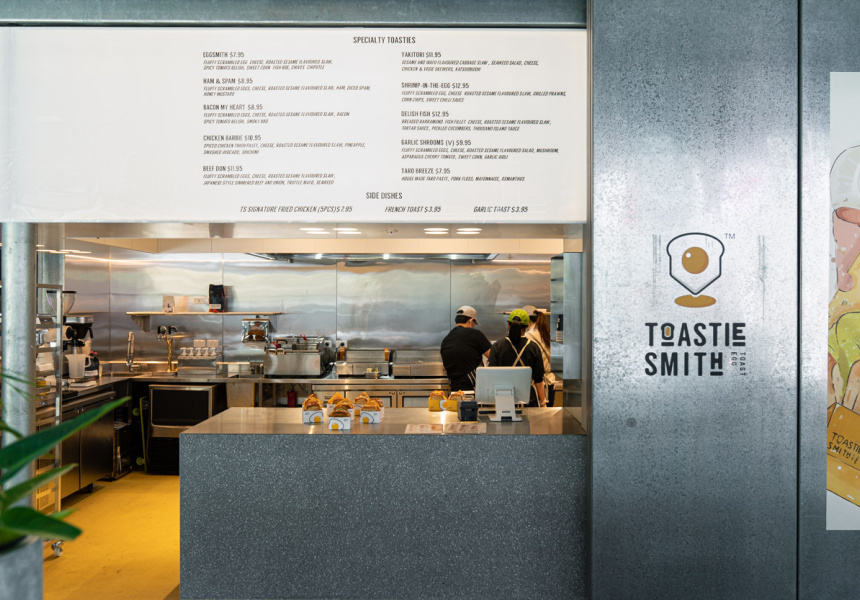 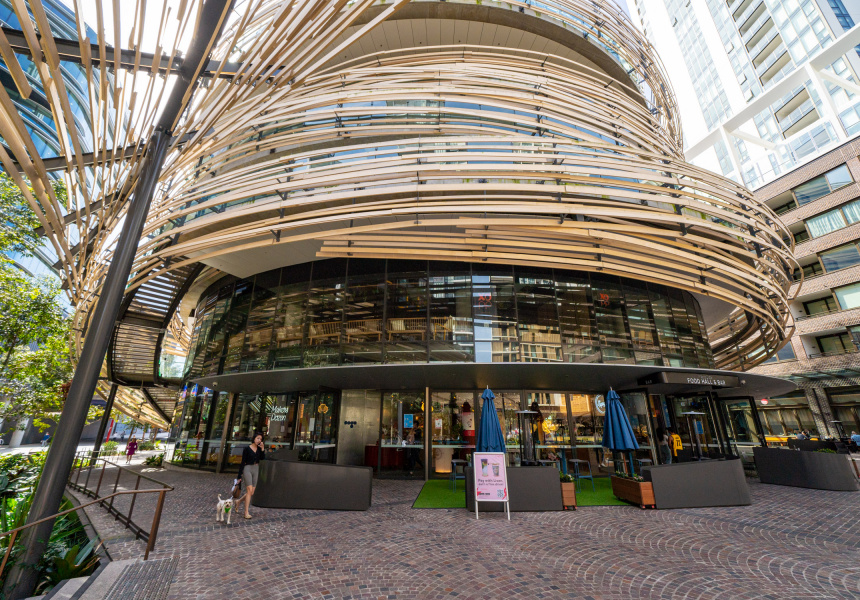 Wordsmith. Coppersmith. Blacksmith. Toastiesmith. They’re names given to masters of a craft – no one melds copper better than a coppersmith, and no one makes toasties better than a toastiesmith. Fittingly, that’s the name given to the new toastie stores opened by husband-and-wife team Yan and Kelly Chen.

Their first Toastiesmith outlet opened in Chatswood a couple of weeks ago, and the ribbon will be cut on a second, at Darling Square’s Maker’s Dozen, tomorrow, September 16.

While Toastiesmith has been inspired by toast joints around the world – from the sandwiches at LA’s Eggslut to the thick, fluffy toast ubiquitous across Japan and Korea – the Chens say their toasties are different.

“Toast isn’t new to Australia, but no one’s doing it like us,” Yan tells Broadsheet. “Ours is a little bit of everything from everywhere. [It’s] toasted sandwiches 2.0, gourmet food that’s affordable, fast food that’s not too oily.”

The petite, neon-lit shops (they’re takeaway-only at this stage) both sell 10 signature toasties; a few side dishes – including fried chicken; three types of smoothies; and house-made sodas.

Everything’s made in front of you, and nothing will set you back more than $13. Six of the toasties feature fluffy scrambled eggs, there’s a Wagyu beef number with truffle mayo, another with grilled prawns and corn chips, and a fried-chicken beauty with pineapple and smashed avo. There’s also a taro toastie with pork floss, and a vegetarian garlic-mushroom option. Each comes with a secret sauce. “One’s kind of yuzu-flavoured, there’s a special sweet chilli one to go with the prawns – they’re all different,” Chen explains. They’re all made by his wife, “the boss behind the scenes”.

The fillings are impressive, but the bread does a lot of the talking. Made in-house, it’s butter-infused and a little bit sweet, much like brioche. The slices are nice and thick – they need to be to hold what’s between them.

“Our chefs have experience from five-star hotels and famous restaurants,” Chen says. “We shrunk our shops – they’re only 30 to 60 square metres. The money we save from rent, we spend on top chefs and the best ingredients from the market.”

Toastiesmith’s creations are highly Instagrammable, but that’s not the point. “If you only make food for Instagram, people will come once, take the photo, and never come back. It’s not sustainable,” Chen says. “We want our toasties to look good, but also to taste good so people come back every day.”

Once their second store is up and running, Yan and Kelly will introduce mini sandwiches for kids, along with more traditional sliced toast. There are also plans underway to make a vegan toastie using Beyond Meat, and to introduce seasonal specials – such as truffle toast during truffle season – depending on “what offerings mother nature has for us,” Yan says. Eventually you’ll be able to dine in at the Chatswood outpost, and customers at the Darling Square store can eat at tables in the Maker’s Dozen food hall.