Expect lavish monthly parties and a private back room where phones aren’t allowed. 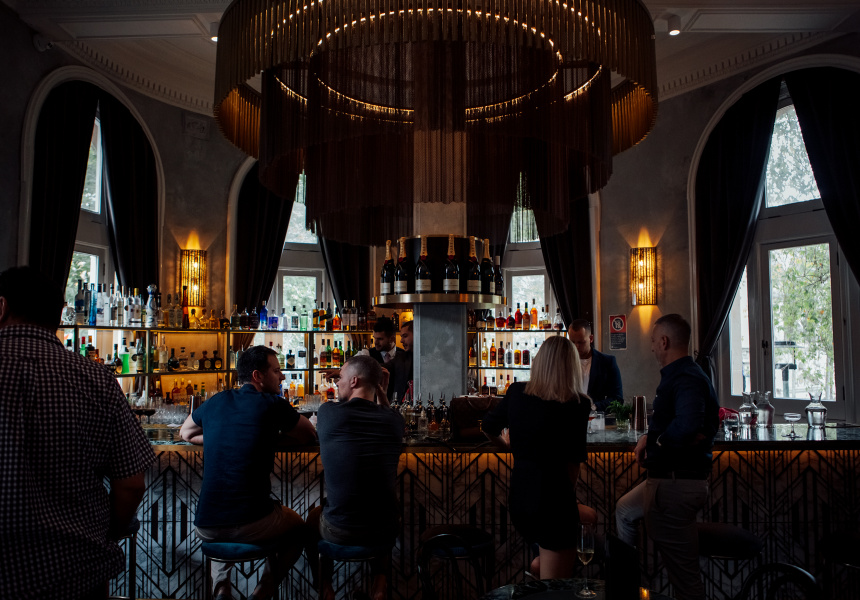 Henri Azzi’s decision to close Embers Mezze Bar in March after eight years in operation was calculated: he had bigger plans for the commanding sandstone corner building. Now, after a year of planning, his ideas have come to fruition in the form of a new bar called The Cat’s Meow.

“This space is better suited to a bar, because not many people walk up and down Oxford Street looking for a good restaurant,” Azzi tells Broadsheet. “I think when the lockout laws lift it will change the bar scene.”

But this isn’t just any old bar – it’s sexy, extravagant and mysterious. Drawing inspiration from the Roaring Twenties and Baz Luhrmann’s 2013 adaptation of The Great Gatsby, architect Angus Henderson from Henderson & Co has used emerald-green marbling, gold and royal blue accents, and art-deco-style patterns throughout to dress the former London Chambers building.

“The 1920s was one of the most flamboyant decades; it was also the period of Prohibition. Now, 100 years on, we want people to relive life like it’s the ’20s again … but forget Prohibition, it’s time to lose your inhibitions,” Azzi says.

“You’ve got all these Prohibition bars – Palmer & Co, Shady Pines Saloon, Baxter Inn – hiding underground, but we want to be swinging from the chandeliers.”

The grazing-style menu – which has been designed in consultation with Quay chef Camille Saint-M’leux – incorporates all Australian-sourced produce, and includes classics such as prawn cocktail served with mustard foam, and croque monsieur with truffle bechamel.

Azzi plans to host extravagant celebrations on a monthly basis. “We want to throw the best parties people have ever seen. There could be snake charmers, burlesque, masquerade,” he says.

But for those who don’t want to be seen, there’s the champagne room hidden behind drawn curtains. In exchange for a little privacy, patrons are requested to hand over their phones, which will be stored in a locker.

“In the 1920s, politicians would be rubbing shoulders with gangsters, so it’s bringing back that whole mentality of grit and polish … so whatever happens in this back room, stays in the back room.”

This article first appeared on Broadsheet on December 17, 2019. Menu items may have changed since publication. 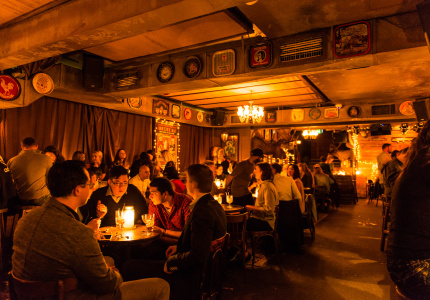