The croissants are made with Pepe Saya butter, and the bakery is one of the only spots in the CBD where you can pick up cakes for office birthdays. 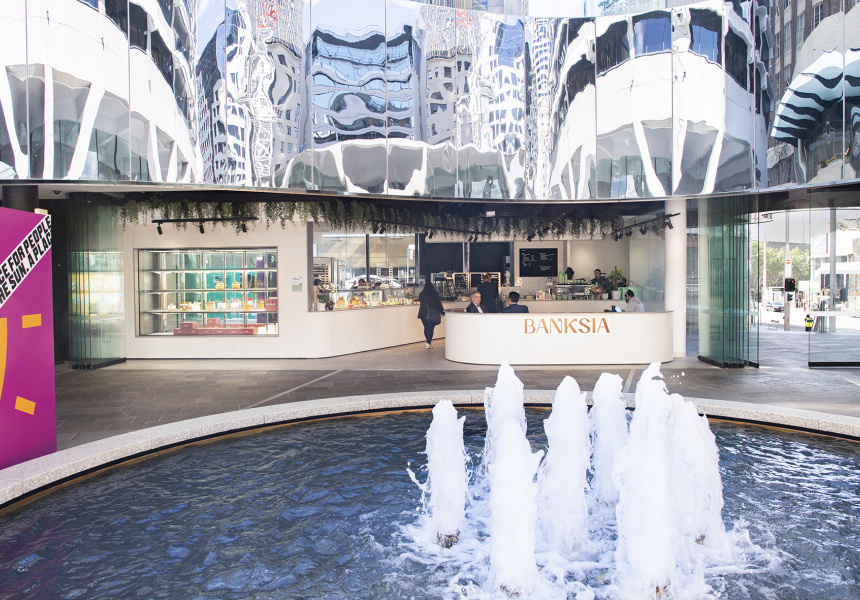 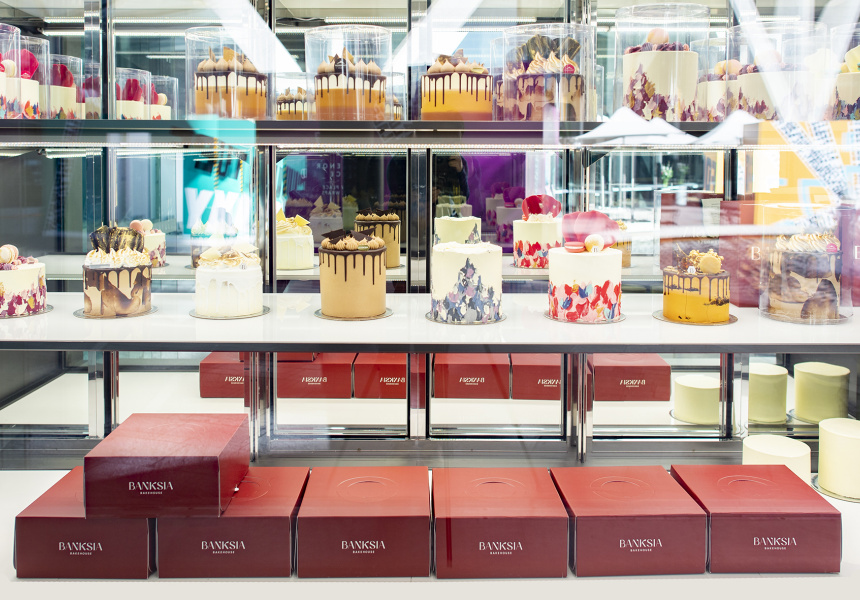 Chris Sheldrick had been looking for the perfect place to build Banksia Bakehouse for two years. “We wanted to create a bakehouse where everyone could watch what was being made,” he tells Broadsheet. “The problem with most spaces is they tend to be long and deep. The one we have in Grosvenor Place has one solid wall and three walls of glass.”

After covid-related delays, the bakery opened last month in a CBD office tower, right below Rockpool restaurant group’s Italian diner Rosetta. From the street you can see the team rolling croissants and preparing pretty pastries in the glass-encased kitchen. While the interior is pared-back – white curved surfaces with greenery dangling from above – the range of cakes is anything but.

“I think we might have the biggest cake display in Sydney,” says Sheldrick. The case is a mighty three metres long and is stocked with creations such as a cookie-cheesecake bombe cake, made with a butter biscuit base and torched meringue coating, and a chocolate-caramel toffee cake, finished with caramel buttercream, toffee almond crumble, caramel popcorn, toffee shard and honeycomb macaron. The selection will regularly change and soon customers will be able to order custom cakes.

“Think of how many birthdays, last-day dos, and one-year or five-year work anniversaries are celebrated in the city,” says Sheldrick, who has owned and operated popular patisserie Passiontree Velvet (Broadway, Castle Hill) for seven years. “We want to be the go-to place for that.” (Once everyone returns to their offices, of course.)

“It looks like an apple, but it’s really a deconstructed apple pie,” explains Sheldrick. “The centre is an apple compote, then there is a vanilla mousse that represents the scoop of ice-cream you’d serve with apple pie. The base is a crumb that reflects the pastry and it’s then coated in a thin layer of white chocolate.”

As well as becoming a go-to for office birthday cakes, Sheldrick says you can go to Banksia for an Aussie classic: the meat pie.

“Isn’t it mad that if I think, ‘Where in the city can I get a meat pie?’, the only place I can think of is Pie Face?” says Sheldrick. To rectify this, Banksia is making flaky, golden savoury pies in-house. Currently on the menu are beef brisket, mushroom stroganoff and Mexican chicken.

But ask Sheldrick what he wants Banksia want to be known for and you might be surprised to learn it’s croissants. His team has been perfecting the recipe for 15 months, and are using the gold standard of Sydney butters – Pepe Saya.

“Butter, temperature control and time,” says Sheldrick. “And we took them all into account months before, when we were still in the planning stages of the shop.”