It proves its bases for four days so they’re light and easy to digest, then tops them with only a couple ingredients, including buffalo mozzarella imported from Italy. 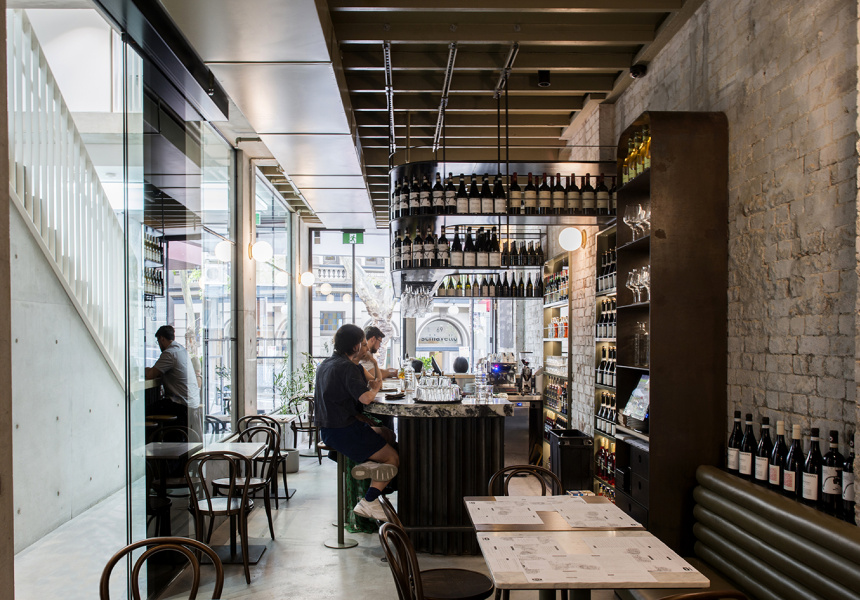 Renowned Melbourne delicatessen, cafe and pizza purveyor DOC, which has outposts in Carlton, Mornington and Southbank, has added a Sydney venue to its expanding empire.

“We became an institution in Melbourne, so we felt it was time to see if we could be that strong somewhere else,” says Andrea Colosimo, the longstanding former manager of DOC Carlton, who’s made the move north to run the new location. “We looked for a long time to find the right spot in Sydney and decided on Surry Hills. It reminded us of Melbourne, and of Europe as well.”

While the ethos behind the DOC brand has always been simplicity, there’s nothing simple about the look of the new digs. The group teamed up with long-time collaborators Studio Ström to transform the narrow space into a sophisticated bar that captures the essence and warmth of its trattoria-style food. They commissioned a large artwork by Melbourne’s Kate Florence, which is green and in harmony with the young olive trees dotted between the intimate tables.

All the action revolves around the curved marble bar, and in the evenings there are standing tables in the adjacent office stairwell if you want a drink or you’re waiting for a table. We reckon the cosy window nook overlooking Campbell Street will become the most coveted spot in the house.

Melbourne head chef Gabriele Sorre is also in town, busily making the signature crisp, springy bases. He tops them with just a couple of ingredients so as not to overload the crust. “We use a mix of wholemeal and ‘00’ flour and then allow it to ferment for at least four days. This makes the pizza lighter and easier to digest. It doesn’t sit in your stomach the way some pizzas do,” says Colosimo.

There are 14 pizzas on the menu, including DOC favourites such as the Pizza San Daniele (San Marzano tomato, buffalo mozzarella imported from Campania, and San Daniele Prosciutto) and Pizza ai Porcini (wild mushrooms, mozzarella, pecorino and truffle oil). There are two weekly pizza specials written in white chalk on the blackboard (usually one vegetarian and one meat); at the moment it’s gorgonzola with fresh figs, or roasted eggplant, basil and stracciatella (a soft cheese made of buffalo milk).

Additionally, creamy burrata is served alongside a colourful medley of fresh tomatoes, and there’s an enticing salumi board with prosciutto and salami imported from Italy, and bresaola and mortadella from small producers in New South Wales. The pasta menu extends to lasagne done two ways: traditional with an organic beef and pork ragu, and vegetarian with eggplant and buffalo mozzarella. A salad of rocket, pear, honey and Sardinian pecorino provides a fresh burst of sweetness and pepper to complement the mains, while the Nutella calzoncino (a mini calzone) with vanilla-bean gelato is a delicious full stop to any meal.

All but two wines on the list are Italian, with a selection of natural wines available too. There’s a short cocktail list that includes the standout Spritz Rabarbaro, which is made with the Italian amaro rabarbaro – proving there’s more to Italian liqueurs than Aperol.

“We like to do things the simple way but the right way,” says Colosimo. “The Italian way.” 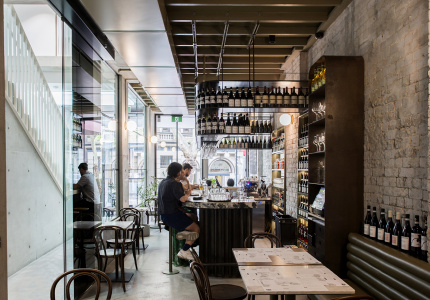