Described as “100 per cent Jeune Cuisine”, Omnivore is all about young chefs. From its beginnings as a French magazine celebrating up-and-comers, to facilitator of masterclasses and unusual dinners, Omnivore has grown up to become a real force in the global food scene.

Starting Thursday October 3, 20 esteemed young chefs from both Australia and overseas will host a series of masterclasses, pop-up dinners and one big party. Expect to see dishes from Sven Chartier of Paris’ Saturne, Thomas Lim from Goldie’s in LA and Michael Meredith of Meredith’s, Auckland. From closer to home, celebrated gourmands like Mat Lindsay from Ester, Ross Lusted from The Bridge Room and Mitch Orr from 121BC will fly the flag.

Founder Luc Dubanchet says that it’s a thrill to encounter the “crazy vitality” of Sydney’s food culture. “From designed pubs to supercharged fine dining restaurants, and from micro-breweries to increasingly natural wines, something major is certainly happening in Sydney: a band of resourceful young chefs without blinkers or fears is writing a fine new page for Australian cuisine.”

Masterclasses begin on October 4 at $45 for a half day, $75 for a full day, while the Four-Chef Pop Up Dinner with Lim and the boys from Three Blue Ducks is $120, and the Omnivorious Party $80. Also on the schedule is a series of dinners were international chefs collaborate with local stars at Ester, The Woods and Sixpenny.

For more details, check out omnivore.fr. 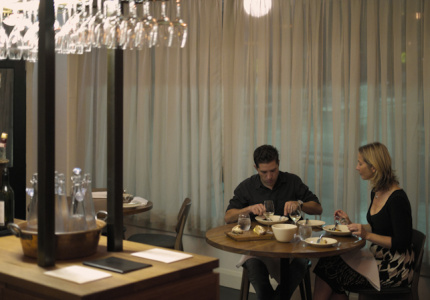