What to Expect at Lino Sauro’s New Sydney Restaurant 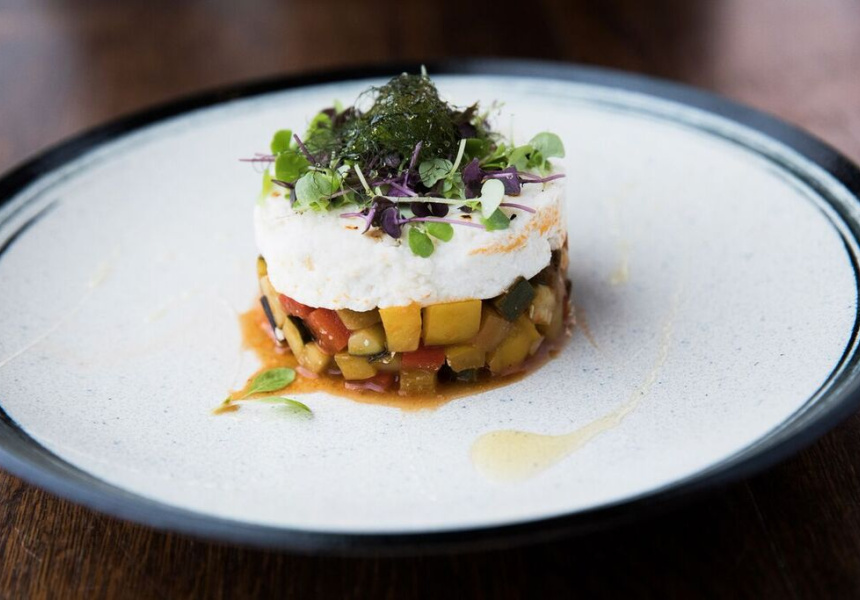 How many more good chefs can Kensington snare? First it got Clayton Wells, then ex-Noma man Sam Miller (for a brief stint, anyway). Also London restauranteur Jason Atherton and Singapore’s Frederic Colin. The latest, and no less impressive, acquisition is Lino Sauro, a Sicilian chef who’s made his name heading up some of Singapore’s best Italian restaurants (Gattopardo, Garibaldi).

His reputation, despite not really having much local produce to work with, is built on simplicity and seasonality. His new Sydney venue, Olio, which opens early next year in Kensington Street’s Old Rum Store (currently an event space), will be no different. “What I'm excited about are the producers here. I can go to the markets every day,” he says. “If it's really fucking fresh food, it should be served fresh and not overly modified.”

Most exciting for Sauro, a native Sicilian, is the seafood. In Singapore he had to import all his fish, but here he has everything he needs. “We will be focusing on seafood. That's the priority,” he says. Because the restaurant has renovations to contend with, Sauro isn’t yet completely decided on the menu. “There's something I could not miss – the seafood stew. It's been my signature for a long time,” he says. The stew, cooked in a terracotta pot, will also likely be joined by a charred-octopus dish and freshly made pasta.

The wine list will be predominantly Italian, but Australia’s new-wave producers will get some attention too. “It will be mostly accessible stuff. Lots of organic and biodynamic as well; I know it's a trend now, but I really like it. A good wine shouldn't give you a headache in the morning.”

Most of those will be enjoyed (along with a fair few cocktails) on the restaurant’s scenic, 40-seater rooftop. “There'll be olive trees everywhere. It will be like a Mediterranean courtyard,” Sauro says. The inside of the restaurant will have a very different vibe. The LAVA design, although it includes a few Mediterranean elements, will keep the bones of the building that housed the original tenants, Carlton United Brewery. “The warehouse feel will remain. I like the idea of people understanding where they are.”

Olio is slated to open on Kensington Street, Chippendale in early 2017.