The Old Clare Hotel’s Rooftop Pool Now Has a Bar

And it’s open to the public. 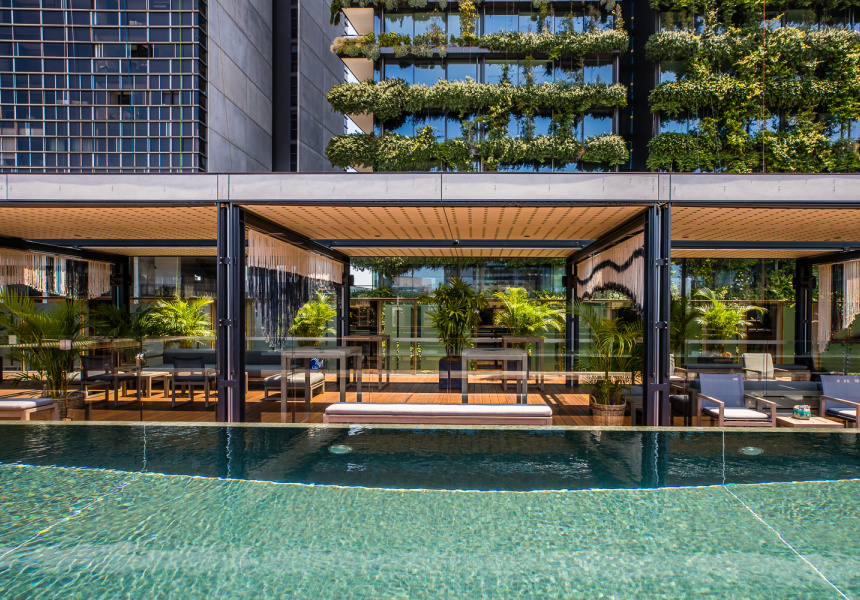 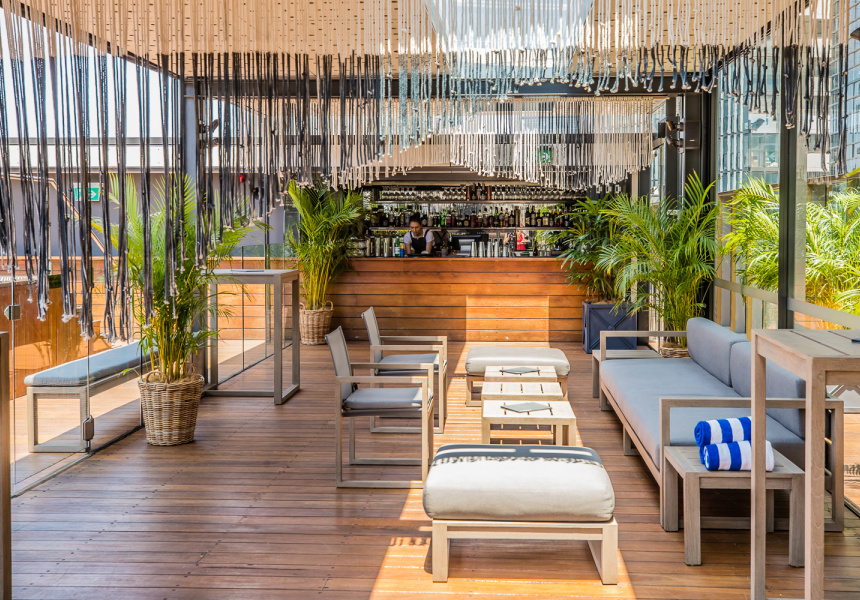 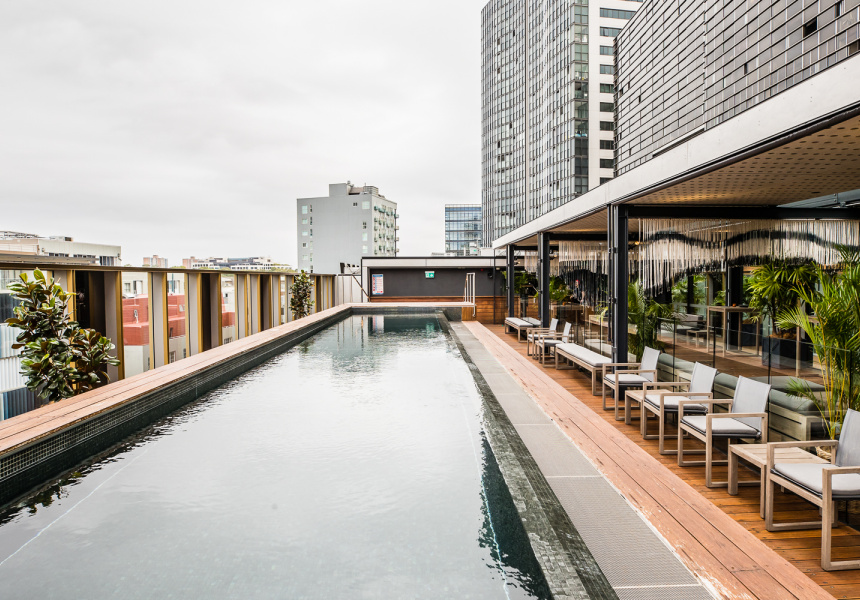 There has been a slew of rooftop bar openings in Sydney lately. Old Mate’s Place in the city, a Palm Springs-inspired bar at Quarryman’s Hotel in Pyrmont and Slim’s at Hotel William have all popped up in the past year.

Now, after 15 months of red tape, the Old Clare Hotel has opened its much-anticipated rooftop bar next to its 14-metre lap pool.

It’s a narrow, glass-enclosed oasis that runs the length of the pool – which is unfortunately still only for guests – and is hung with macramé from the ceiling and lined with potted plants. There are views across Sydney’s skyline, from the UTS buildings on one side to Chippendale on the other.

But what’s most thrilling about this newbie is its food and booze. Chef Darryl Martin, from Old Clare restaurant Barzaari, has done its snack menu. Like the food at Martin’s restaurant, the plates here are eastern-Mediterranean-influenced. Expect pita pizza topped with lountza (cured pork tenderloin), toum (garlic sauce), pickle and coriander, as well as harissa chicken wings or school prawns served with falafel.

The drinks are what you’d expect from an inner-city rooftop bar. There’s refreshing Mojitos and Margaritas, a tangy watermelon spritz made with Aperol and Campari, and the “Pain-Killer”, a hangover-inducing mixture of tequila, coconut cream and pineapple juice that’s served in a coconut instead of a glass for an extra $3. There’s a succinct wine list, with most drops by the glass, and Aussie beers including Balter and Sydney Lager in cans.

A big selling point is that the bar can be hired out for events – and you can take your pick between food from Clayton Wells’s Automata and A1 Canteen, or Barzaari.