Apparently, it was promoting anti-social behaviour and excessive drinking. 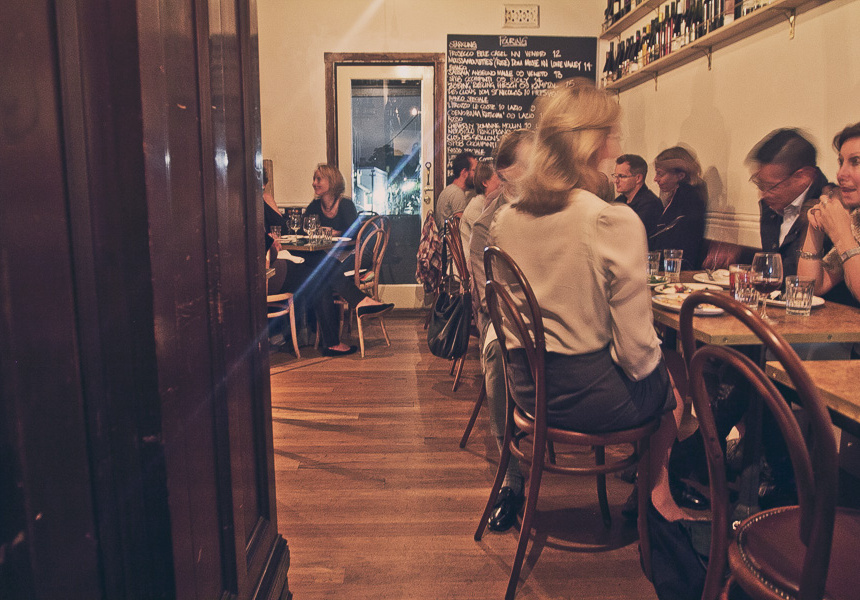 Last night Giovanni Paradiso, co-owner of Sydney institutions Fratelli Paradiso and 10 William St posted a photo on Instagram. It was an image of 10 William St’s chalkboard wine list, with the caption, “So according to NSW POLICE FORCE our blackboard with what we are pouring by the glass is promoting unsavoury behaviour. SYDNEY WHAT THE FUCK IS HAPPENING.”

So according to. NSW POLICE FORCE our blackboard with what we are pouring by the glass is promoting unsavoury antisocial behaviour SYDNEY WHAT THE FUCK IS HAPPENING

This morning, we spoke to 10 Williams's co-owner, Marco Ambrosino, about what unfolded before the Instagram post last night. “The Rugby Sevens were on and there was a lot of activity in the area. Thousands of people were walking around on the streets and the police were out visiting all the pubs," he explained. "They spent quite some time in the pub next to us, so to show fairness, they popped into the business next to the pub [our restaurant]."

The owners were in the venue last night while the police spoke with 10 Williams's manager on duty outside. While he didn't speak directly with police, Ambrosino says they told 10 Williams's manager there were two concerns: a sign saying “free wine”, which the manager explained was a cheeky refererence to wine without added substances (that is, natural wine), which the restaurant is known for serving.

The second concern was that the blackboard listing wines by the glass was too close to the front of the restaurant, which police explained could be seen to promote heavy drinking, without making clear it was a venue that served food.

“We are a wine bar, so we put our wines by the glass at the front, and hand people a menu when they sit down. We’ve had it like this for six years," Ambrosino told us.

“There’s an undercurrent of disappointment amongst venue owners. There seems to be a real confusion of drinking and dining [and] when you can trade. We’re very, very frustrated. None of us have had any trouble. The police are painting us all with one brush,” says Ambrosino.

The issue of lockout laws and the stringent conditions being placed on both drinking and dining venues was reignited on Thursday after Mark Barrie, CEO of Freelancer.com, published a strident opinion piece about the damage it was doing to Sydney.

Co-owners of ACME Ed Loveday and Mitch Orr both added their thoughts, while Paradiso also said in the comments that police apparently told the venue “the graffiti that Sam and I did on the balcony in 2011 promoting the struggle against industrial wine should be removed also.” Mike Bennie, co-founder of Rootstock Sydney also responded, saying “I’d like to take a look at their paperwork on this thanks and find out why they acted on this. Terrible.”

UPDATE 2.30pm, Sunday 07 Feb In response to last night's incident, the NSW police force issued Broadsheet with the following statement.
"On the night of and Friday 7 February and Saturday 6 February 2016, police from the Central Metropolitan Region, as well as the Alcohol & Licensing Enforcement Command (ALEC) conducted an operation across Sydney City, Kings Cross, Surry Hills and Newtown Local Area Commands. The Operation targeted alcohol related violence, anti-social behaviour and compliance with the Liquor Amendment Act 2014. During the operation about 155 businesses and licensed premises were patrolled. It is common for police to provide advice to licensees regarding potential licensing breaches or issues during business inspections. Twelve licensing breaches were detected during the operation."

For the latest on Sydney's lockout laws and food and culture news across the board, subscribe to the Broadsheet newsletter.