Now Open: A Wine Bar by the Ester Team, and It’s Everything We Hoped For

“Think of it as a place where you have food with your wine, not the other way around." 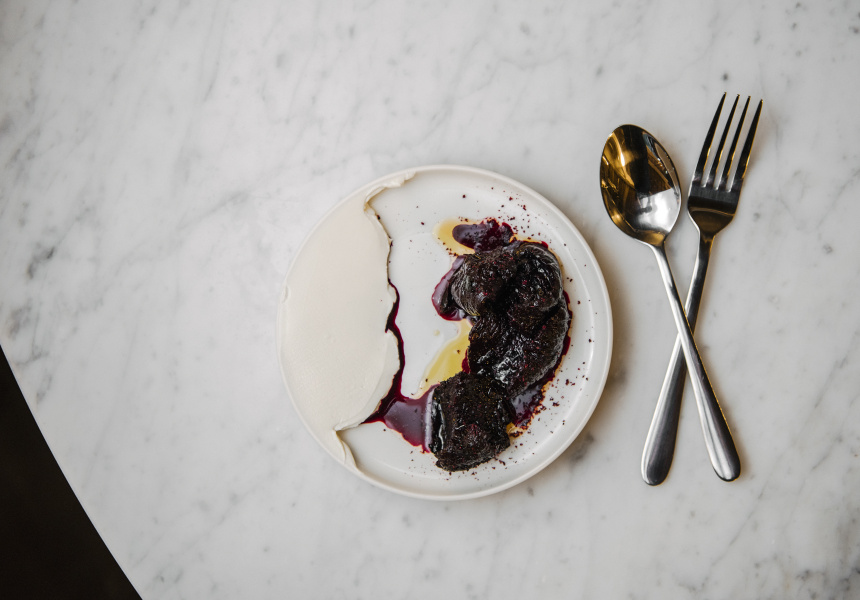 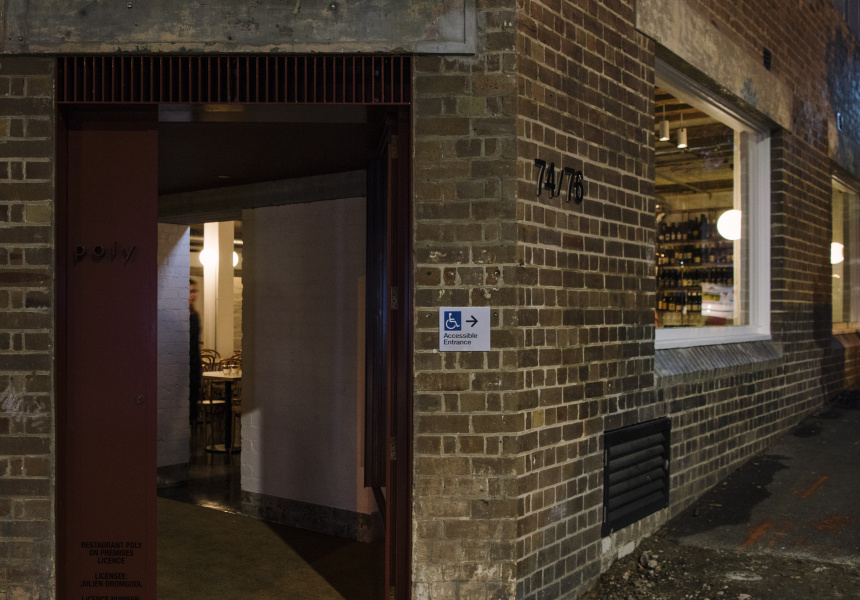 The tricky thing for Mat Lindsay and his team is their reputation. “People are coming in and expecting a little Ester; that’s how they’re treating it,” he says. “We want it to be very different. We don’t want it to feel like a restaurant.”

Poly is the second venue by Lindsay, who changed the game when he opened one of the city’s most acclaimed restaurants, Ester, in 2013. But Poly isn’t a restaurant, it’s a wine bar. Well, it’s supposed to be.

Lindsay and his business partner Julien Dromgool – who is the sommelier and behind the drinks list – care about the difference. The duo wants Poly’s vibe to be less formal, looser and to complement what they do at Ester (in fact, the name hints at that: “Poly” and “Ester” makes “polyester”).

The other reason they care so much about this distinction is they’ve got delicious – and potentially provocative – drinks to show off. “Provocative” may seem an odd word choice, but it’s apt because this isn’t the place to try France’s most famous by-the-law AOP wines. “It's the same philosophy [we have at] Ester – [we serve wines guided by] organic and biodynamic viniculture with minimal intervention. This list is broader, though, so I can look at a few more interesting and unusual wines, as well as focus on some regions and varieties I like a bit more,” says Dromgool. Think wines from Sicily and the Alsace region in France.

Joining the 160-strong rotating list of cloudy, tart, fizzy, bold and beautiful drops (25 are available by the glass) is a shorter but similarly geared list of beers, sakes, spirits and cocktails. There is Wildflower from Marrickville on tap.

Despite all this, Poly – housed in the Paramount House Hotel and serving food to hotel guests – does look like a restaurant, with far more tables than bar stools; some may even say it’s Ester-like.

Head chef Isabelle Caulfield (sous chef at Ester) and Lindsay have sculpted a succinct, wine-friendly menu made up of snacks cooked in a custom-built hearth. There’s an audibly crunchy and perfectly spherical blood-sausage pie, and a dish of beautifully arranged witlof served with a Brillat-Savarin cheese sort-of dip.

Lindsay says the dishes should be eaten with your hands. For example, the onion rings, which are delicate, salty and have a touch of sugar to balance out the vinegar.

Rather than doing that though he says punters have been asking for cutlery and sharing tiny snacks between six. (It might not be their fault – some of the snacks lend themselves more successfully to being eaten as finger food than others. A knife to cut in half the long, thin pastry cigar packed with rich duck and hints of Asian spices, for instance, is helpful; likewise for the big hunk of grilled garlic bread.)

Regardless, the team want Poly to shift people’s idea of what a wine bar is. “Wine culture is really young; people don't so much go out for a glass of wine, they go out for dinner [and have] a glass of wine. We want to do the opposite here.”

This article first appeared on Broadsheet on August 7, 2018. Menu items may have changed since publication.