The pasta is handmade, the bread puffy and cooked to order, and there are two heavy-hitting chefs in the kitchen. 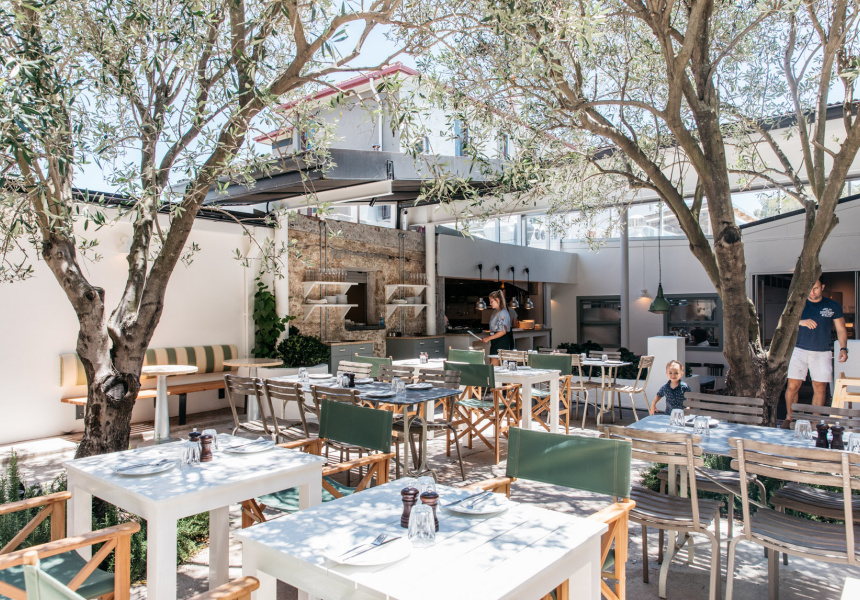 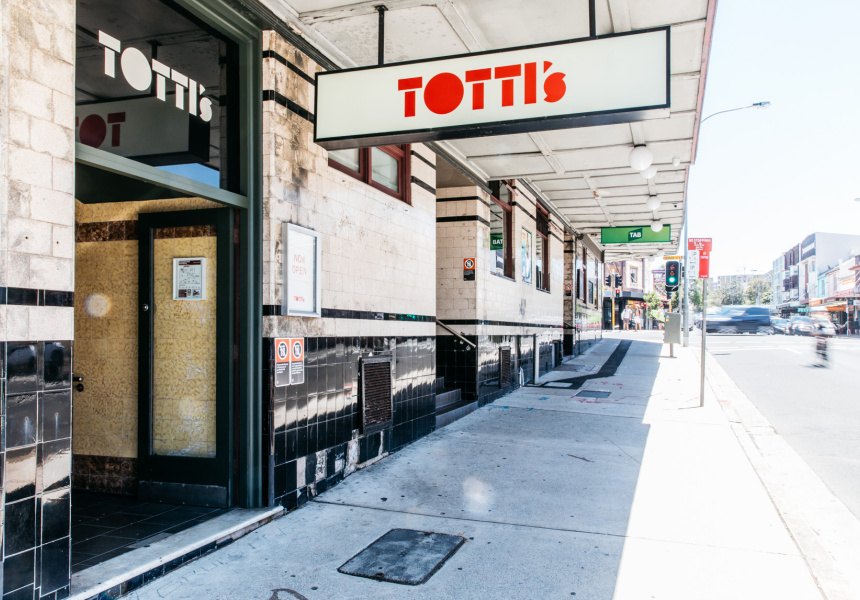 From the street there really is little indication of the culinary sophistication going on out the back of the imposing two-storey pub that’s been operating on the crest of the hill on Bondi Road since 1907.

Well, that’s not entirely true. Since The Royal reopened in October after a short reno hiatus following its purchase by mega hospitality group Merivale (Bar Topa, Coogee Pavilion, Fred’s, among many more), there’s been a noticeable spike in patronage beyond its usual high-vis-wearing tradie crowd.

And it’s no different on opening night of Totti’s – the new 185-seat Italian trattoria hidden in the back of the grungy Royal. That night the front bar was rammed with people enjoying the new high-quality-drinks-in-a-low-fi-environment vibe, the side TAB area was filled with others watching the evening races, and the middle bar was populated by tanned, very well-dressed people who were probably wondering how they ended up drinking champagne in a dive bar.

Yet that’s the pull of Justin Hemmes’s venues. The CEO of Merivale has a knack for creating places people want to visit. For The Royal, he’s made the shrewd decision to keep the front bar old school, but for Totti’s he’s handed the reins to two high-profile recruits: industry veteran, ex-Rockpool fine-dining chef Khan Danis, and Mike Eggert of shuttered Pinbone and the immensely popular, now de-popped pop-up Mr Dirty Italian Disco).

The duo works in the Totti’s kitchen overlooking the spacious open-air courtyard oasis that has as its centerpiece two mature olive trees that had to be craned in. The dining room walls have been kept white apart from a few baskets and some cactus fronds, and the ceiling timber beams have been kept raw, giving the space a rustic look, which is echoed on the plate.

As is the name. “Totti’s – we just made it up. It’s not Italian but sounds genuine, but we’re not Italian either.”

Either way, the food coming from the kitchen is approachable. It was designed to be casual, so it wouldn’t be too indulgent to stop by more than once week. The pasta is house-made and hand-rolled; the ’nduja and salami is superb and made in-house; the boozy tiramisu is light, fluffy and something you shouldn’t miss; and the excellent, puffy bread (which deadset looks like a spiny porcupine fish) is cooked to order.

“It’s inspired by Italian pocket bread, or flatbread, and has a 48-hour ferment. It’s shaped and cooked for two minutes in the woodfire oven,” says Eggert. “The idea is you order it alongside a bunch of sides.” Such as house-made chicken-liver parfait, marinated peppers and melon.

The wine list has a natural bent, with some great local players like Commune of Buttons alongside overseas heavy-hitters such as Sicily’s Occhipinti. “We’ve tried to appeal to the Bondi area,” says Franck Moreau, Merivale group sommelier, “by having something more quirky for them, as well as small, local producers, and no noticeable big names.”

This article first appeared on Broadsheet on December 18, 2018. Menu items may have changed sine publication.