Take a seat in the dining room or open-air courtyard and enjoy Vegemite-glazed cauliflower, more than 100 tequilas, and tacos that harness native Australian and Asian flavours and ingredients. 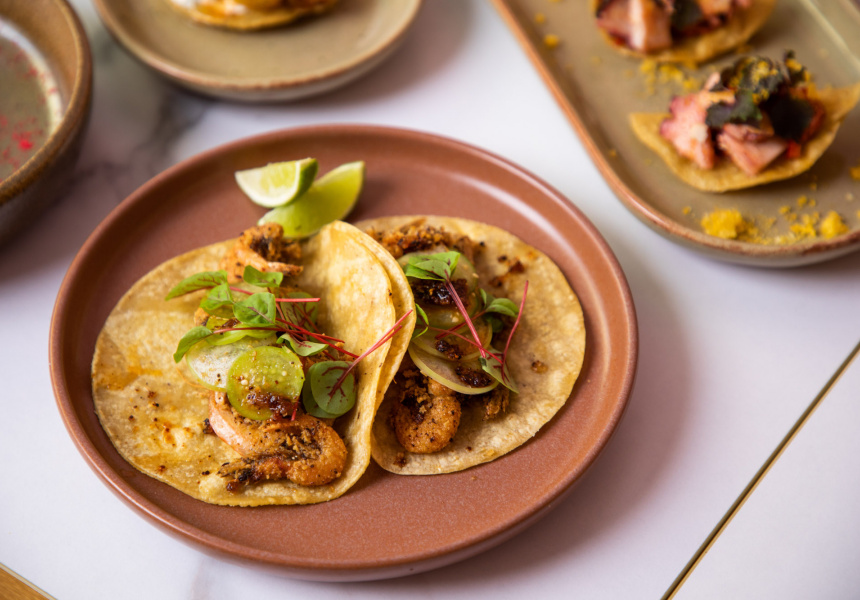 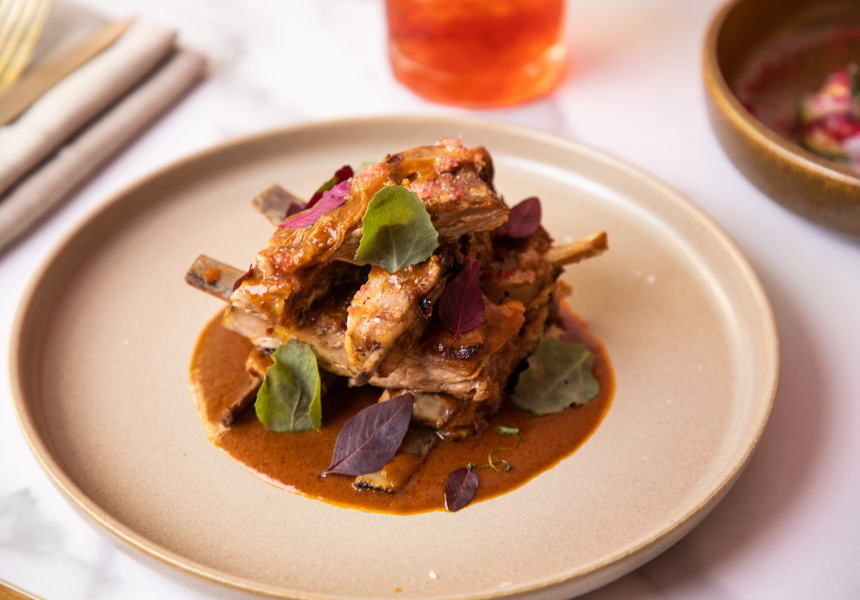 Over the last couple of years, buzzing venues such as Matteo and Sake have moved into the ritzy suburb of Double Bay. Neil Perry’s new restaurant Margaret will soon join them. Another newcomer to the neighbourhood is Sinaloa, a sprawling contemporary Mexican restaurant and bar. It has slipped into what was once home to the now-closed Double Bay institution Mrs Sippy.

Sinaloa takes its namesake and inspiration from the Mexican coastal state known for its fresh seafood, beef and vegetables. Head chef Axell Torres Villa, who was born in Mexico City, recalls his visits there. “I used to go with my friends and there were always street-food stalls where you go and eat fresh seafood. They’ll throw seafood in a bowl with lime juice and serve it with some tostadas.”

The chef has translated those fond holiday memories – and his childhood experience cooking with his grandma and mum, as well as in the kitchens of Noma (where he was an intern), Mexico City’s Meretoro, and most recently at Bar Patron – into the menu at Sinaloa. Noticeably, the dishes feature native Australian and Asian ingredients, which Villa says is to reflect Australia’s diverse culture.

Some of these dishes include the Wagyu birria (stew), in which Wagyu brisket is slow-cooked for 48 hours and served in its own broth; a refreshing and vibrant scallop aguachile with Davidson plum and dashi; and black al pastor cauliflower with Vegemite-guajillo (chilli) glaze, hummus and mustard greens.

The drinks have followed suit, taking classic recipes and putting a modern Mexican twist to them.

For instance, the Hermano Loco, which translates to “crazy brother”, is Sinaloa’s version of the Negroni and uses mezcal in place of gin, relying on strawberry-infused Campari to bring out the smokiness. The Espresso Martini at Sinaloa uses tequila and house-made horchata, a traditional Mexican sweet rice-milk and cinnamon drink. The bar is also serving a range of local and Mexican beers and wines. Otherwise, there are more than 100 tequilas, mezcals and agave spirits to choose from.

The space itself is multi-faceted. Enter through a pink-stucco room, before heading into an airy courtyard with a fountain as its centrepiece. On Friday and Saturday nights, the courtyard hosts DJs, while the lounge is the ideal spot for sipping cocktails. Later down the track, the venue plans to transform its private function space upstairs to host mid-week tequila, mezcal and tortilla-making masterclasses.