The tortilla devotee is serving a pared-back menu of the kinds of handheld tacos you’d find on the side of the road in Mexico. 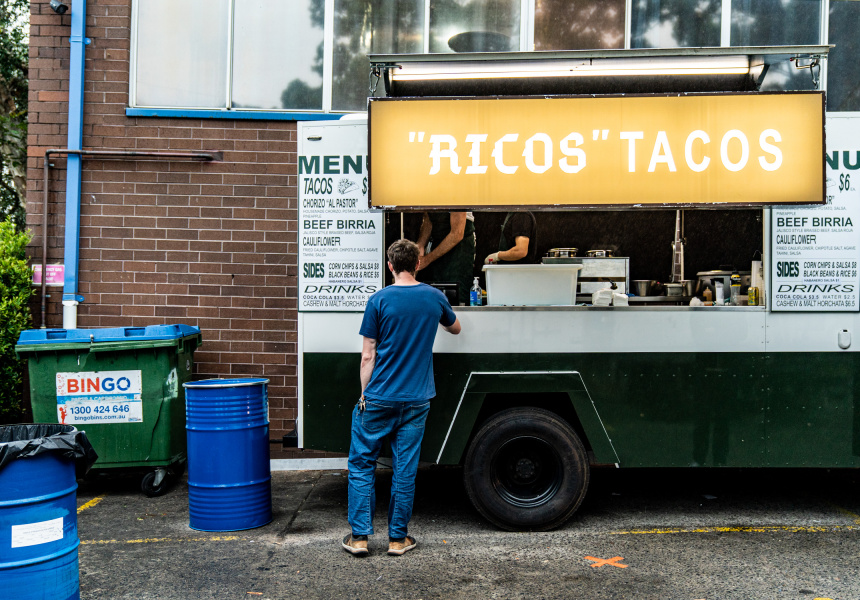 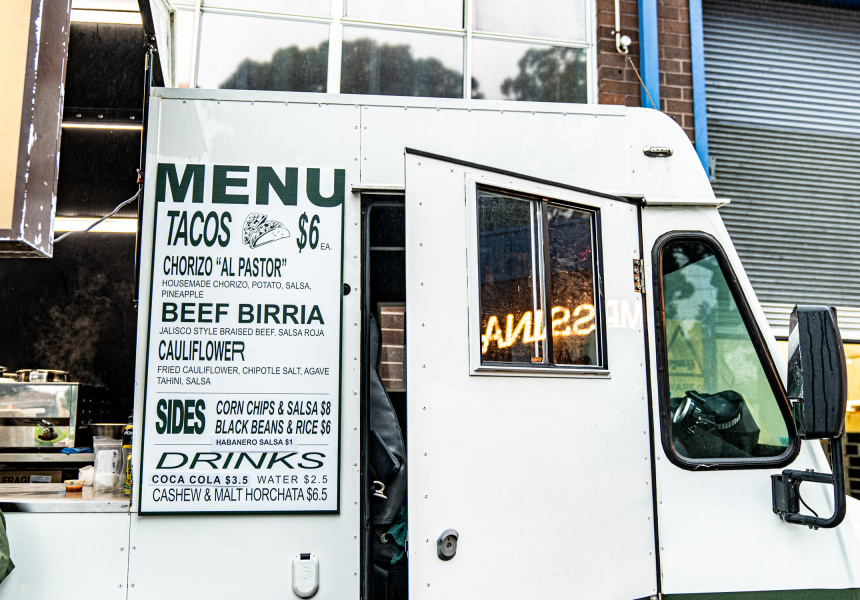 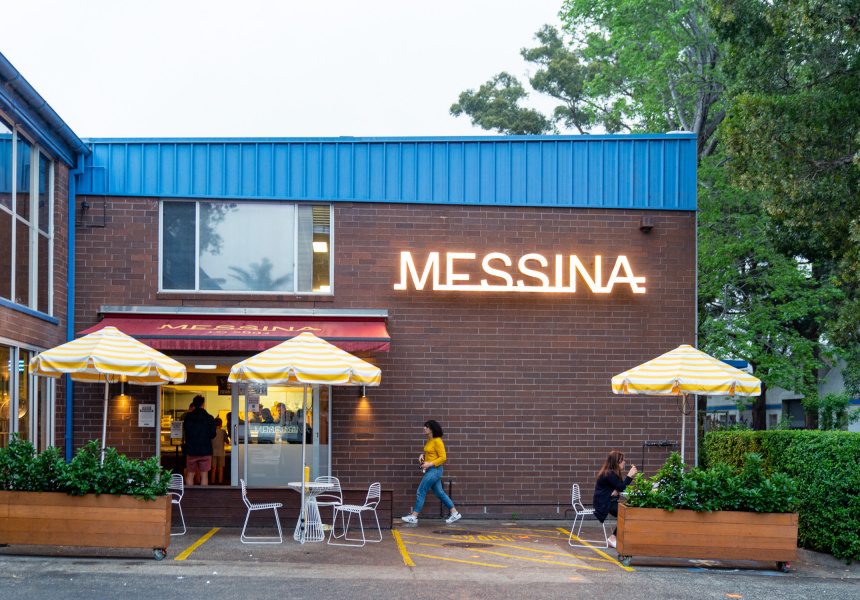 From the moment The George in Waterloo closed in response to the Covid lockdowns in March, we began counting the days until its reopening. But as other pubs across the city began to pour beers again, the hotel – including its built-in Drnks bottle shop and in-house taqueria, Taco King, by Ghostboy Cantina’s Toby Wilson – remained closed.

Then in early September, the announcement nobody wanted: due to ongoing inflexibility on the part of the landlord, The George would reopen under different management. The Taco King was dead. The future of sister pubs The Old Fitz and The Duke (all three are run by publican Jaime Wirth) also remain uncertain.

Enter the Ricos Tacos food truck, which has parked for the foreseeable future outside Gelato Messina’s Rosebery HQ. With its cabin full of corn tortillas and homemade horchata, and Wilson behind the wheel, it’s ready to fill that taco-sized hole in our hearts.

“They’re really great complementary brands,” Wilson tells Broadsheet of his partnership with the gelato giant, which approached him after its recent collaboration with Nicholas Hill, former head chef at The Old Fitz.

While Taco King reworked regional Mexican specialties and traditional Mexican dishes into tortilla-encased snacks, Ricos Tacos – meaning “delicious tacos” in Spanish – pares things back to Wilson’s true passion: perfecting a small selection of the handheld, side-of-the-road bites ubiquitous in other parts of the world, but mostly absent in Australia.

“I’m just trying to create the kind of stuff I’ve loved overseas that I wish we had here,” he says. “It’s braises, tortillas, onions, coriander and salsa. It’s what you’d get at 1am from a really good taqueria in Mexico City or LA.”

Headlining proceedings is the chorizo al pastor taco, which marries a house-made chorizo with the same al pastor sauce that graced the spit-roasted pork shoulder at The George. It’s topped with fresh pineapple – an al pastor staple – and that Taco King salsa.

Returning too is the vegan cauliflower taco, topped with red salsa, white onions and coriander, that has followed Wilson since his days at Ghostboy Cantina, which he opened in Dixon House Food Court in 2016.

And then there’s the horchata, a traditional Mexican drink that combines rice, nuts, sugar, cinnamon and condensed milk. Wilson and his crew add malt powder for an extra hit of deliciousness.

“In a way, we’re more like a bricks-and-mortar shop,” Wilson says of the truck’s permanent inner-south mooring outside Messina, the gelateria having also sourced the truck and given him the use of one of its commercial prep kitchens. “We’ve circumnavigated some of the issues around having a food truck by staying in one place.

“If I go from King Street in Newtown to Enmore Road, I might only be 50 metres away, but because I’m suddenly in Enmore now I need a different permit. It’s more work and more money.”

While small-scale expansions may be on the cards in the longer term, Wilson believes a temporary venture like a food-truck operation – particularly a stationary one – is the only thing that makes sense in the current climate. “I’ve got no rental lease, no contracts; if we have to shut down in three weeks then I can pack up and not have any ongoing costs. I have no aspirations to sign a three-year deal for real estate right now.” 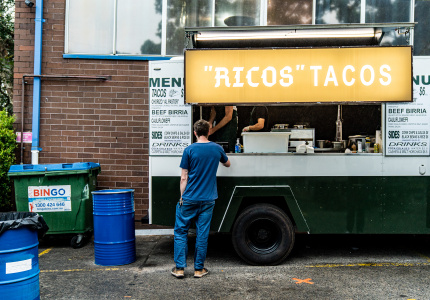