Now Open: A Refugee-Run Restaurant and Cafe Unlike Anything Else in Sydney

Persian food for dinner, Ethiopian for breakfast and something entirely different every eight weeks. 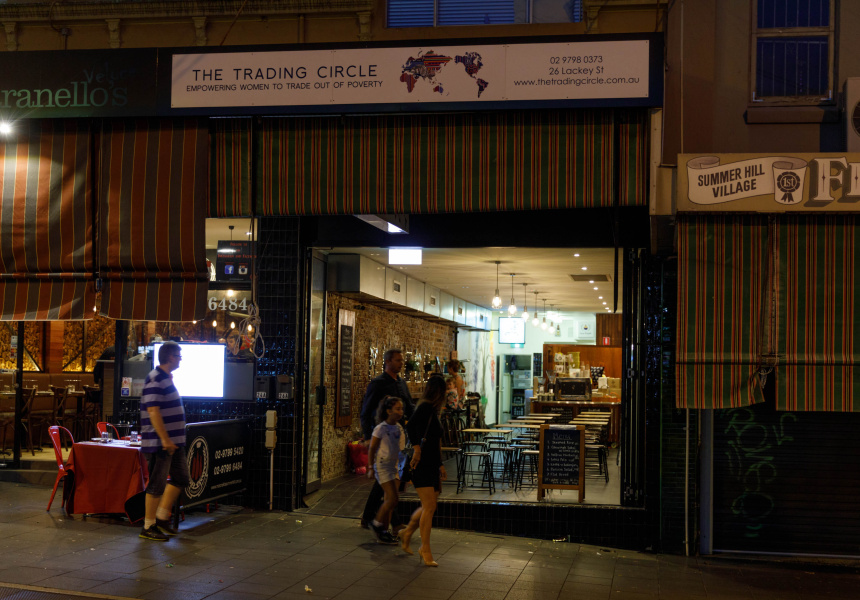 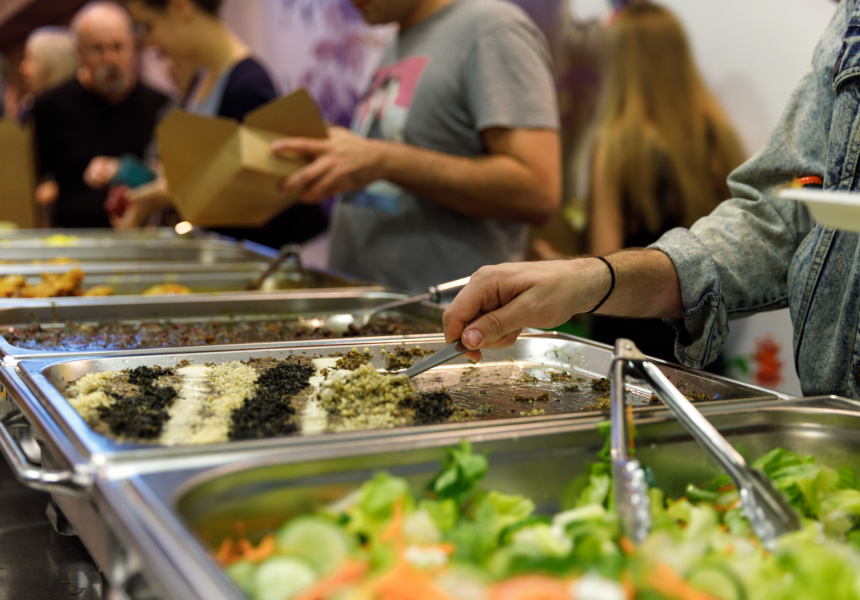 It’s chaotic in here. Just beyond the entrance three Ethiopian women dance with a young boy, and kids are eating at the long bar opposite them. There’s a small and rapidly moving line at a buffet stocked by two Iranian refugees. Down the hall and in the courtyard a small band plays up-beat songs to a crowd of families and couples sitting on milk crates and stools. Between it all is a band of women, some with lanyards and all with a sunny disposition.

This is Four Brave Women, a restaurant and refugee training program run by Bindi Lea and The Trading Circle, a not-for-profit organisation that empowers women by creating economic and educational opportunities for them (it does it through visiting schools to run workshops, as well as providing mentorships and business and life skills).

The idea is to train recently arrived refugees (men and women) with hospitality skills so they can find sustainable employment or start their own businesses. “Refugees often don't have a place to do work experience, or they don't have the money to start a business. There's a lot of barriers,” says Lea.

Zahra and Hassan Armian, the trainees who made the ghormeh sabzi (dried-lime stew), kashk-e bademjan (a babaganoush-like creamy eggplant dip) and lubia polo (a buttery green-bean rice dish) available at the buffet, were the first to participate in the program. Every eight weeks a new set of trainees will run the kitchen.

Kate Spina, a Summer Hill local and former fine-dining chef (from the now closed Café Paci and Flying Fish) volunteers to teach each team how to modify their family recipes to cook them in large quantities. “She just stepped in off the street wanting to help, I didn't even try to find her,” says Lea.

The refugees are trained in business by Ignite, a program run by Settlement Services International (an Australian refugee settlement organisation). “Ignite will get them to a point where they have a business plan, a food and safety handling certificate, insurance and a financial forecast,” says Lea, who’s also involved in business planning and kitchen set up for each team. “The hope is that at the end of the eight weeks they have two things: confidence and capital, hopefully $20,000 or $30,000,” Lea says.

When you arrive at Four Brave Women you buy whatever sized plate you want and any drinks (just fair-trade soft drinks for now but alcohol will be available in the future), fill it at the buffet and take a seat at the bar, outside or on a crate wherever you like. Because each cooking team will bring its own recipes, the menu options will change depending on who’s running the kitchen.

During the day the space will operate as the Trading Circle has done for years, selling fair-trade products and raising money for it endeavours.