A fig-lined promenade and turquoise waters provide the backdrop for a contemporary Italian menu. 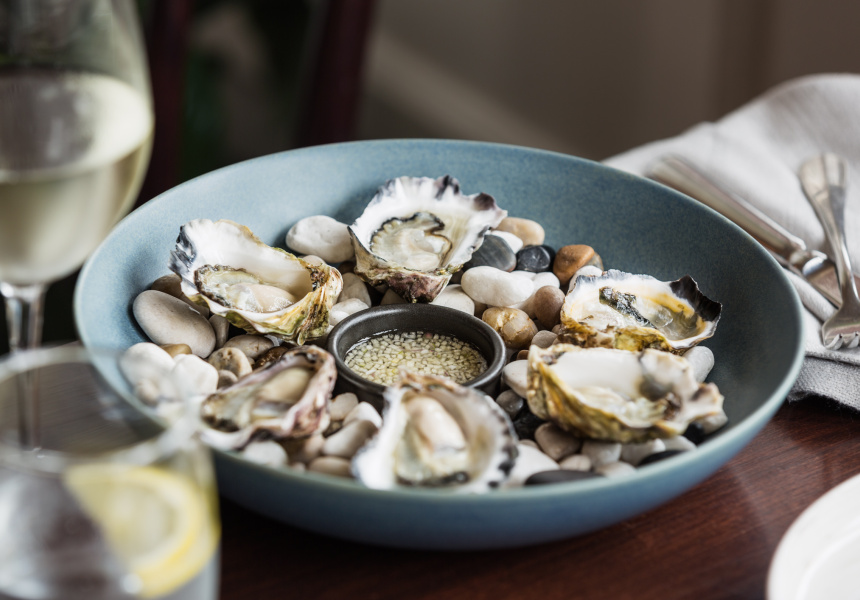 Co-owner and head chef Jeff Sue thinks The Nielsen has the best setting of all the Sydney Restaurant Group venues. It’s high praise considering he’s just moved across from Ripples at Milson’s Point, and worked under Alessandro Pavoni at Ormeggio at the Spit.

“It’s so peaceful here. It doesn’t even feel like you’re in Sydney. I didn’t know this place existed until we started looking at it as a new venue.”

Locals from the houses surrounding Nielsen Park would probably prefer their secret not be spilled, but they have welcomed the takeover of the restaurant and kiosk. The sandstone and stained-glass building, which dates back to the early 1900s, used to house a cafe and takeaway shop.

While waiting for the site to become available, Sue took a “gap year” and worked at most of the Sydney Restaurant Group sites, including Aqua Dining, Ripples Chowder Bay and Sotto Sopra. As he moved between each restaurant, it became clearer to him what diners were after.

“I wanted to include everyone. Our focus was to create dishes that are vegetarian and vegan-friendly but were good dishes on their own.”

Standouts include the whole-roasted cauliflower, served in a smoked-cheddar fondue, pomegranate seeds and macadamia nuts. And the grilled cabbage, roasted and dressed in a potato vinaigrette, tarragon puree and served with cannellini beans.

The aroma of the grilled split king prawns, served with Italian herbs and anchovy crumb, reaches diners before the plate is on the table. House-made tagiolini with a carrot emulsion, wild mushrooms and black truffle is a reminder of the menu’s Italian origins. The slow-roasted lamb shoulder, a perennial favourite at Ripples at Milson’s Point, is also served at The Nielsen. Fish and chips is available at both the restaurant and as takeaway from the kiosk next door.

Mocktails such as the Chamomile Lemonade or Apple and Ginger Cooler suit the light-filled, relaxed setting. The wine list has a selection from Australia, New Zealand, Italy and France.

After lunch, take a stroll along the promenade under the shade of the Morton Bay Figs and look out at Shark Bay, as Sue does each day. “The building and view are just so beautiful. Every day I come down, the water is incredibly clear. I’ve never seen a beach like it in Sydney.” 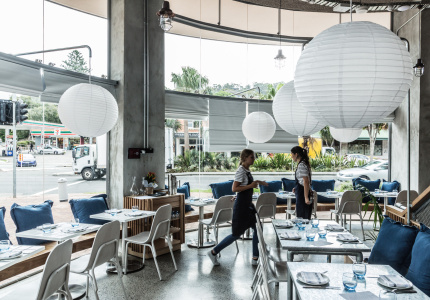