With a selection of French Mistelle cocktails and a millinery workshop at the back. 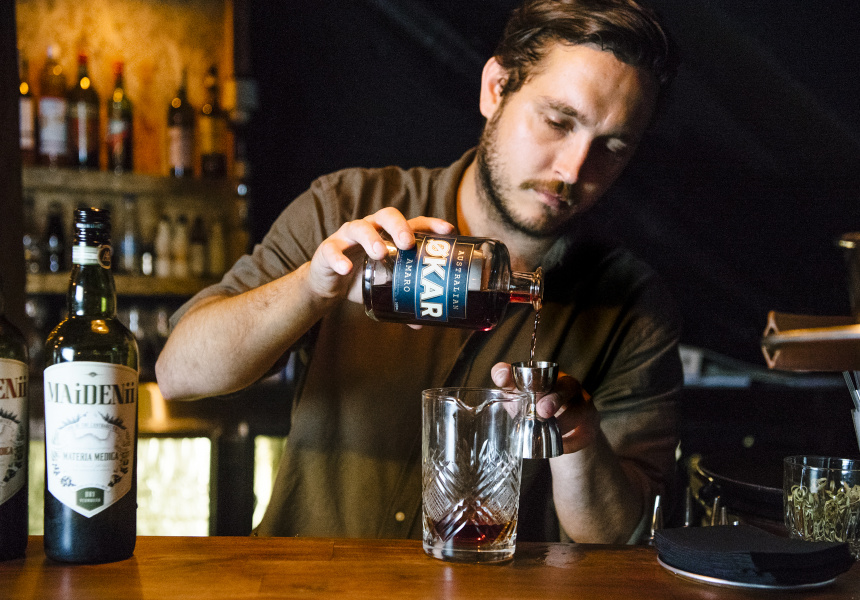 When you go into business by yourself, there’s no need for compromise. If, for instance, you want a millinery workshop in the back of your underground bar, you simply build it.

“About six months ago I decided to sell my share in the Pocket Bar Group [that includes Button and Stitch bars] and look for a new site on my own,” says Christophe Lehoux, who has just opened Soultrap in Surry Hills. “I’ve been a hobbyist milliner for a while, and when I was developing Soultrap, I thought it might be good to combine a bar with hat-making.”

And why not? After nearly a decade running Pocket, one of Sydney’s original small bars, Lehoux is enjoying Soultrap’s curious departure from the norm. “We started Pocket in 2009, so it was time for us to go our separate ways and try something new,” he says.

Drinks focus on bitter amaros and a range of mistelles, a French category of spirit that’s sweet, like an aperitive wine. “Mistelle is made all over France. The process is similar, but the ingredients for each region’s mistelle are different,” Lehoux says.

Take Floc de Gascogne, which is made in France’s south-west from calvados blended with apple juice, then barrel aged for a few years. Lehoux serves it with cognac and orange-based bitters or as part of the Japanese-style Soultrap Highball with whisky, apple shrub and ginger beer.

The succinct menu has three sections: small plates, tartines (similar to bruschetta) and desserts. Each dish has a French element. Smoked-ocean-trout dip is served with crisp endive leaves, while Pissaladière is a French-style pizza topped with caramelised onions, anchovies, parmesan and olives. There’s also a range of French cheeses – such as vigneron, a soft, earthy-flavoured cheese wrapped in grape leaves – as well as dips, pickled vegetables and meats. Make sure you try their take on ’nduja, a spicy, spreadable salami.

Soultrap is a moody, underground space, with each table lit by an industrial pendant lamp. Walls are distressed brick and one side of the room features pressed-wood box shelves in which Lehoux’s hats are displayed. Lehoux works on his pieces during the day, producing mostly fedora variations; steamed, pressed and sewn from velvety soft felted fur.

Music is an important part of the bar. Lehoux plays exclusively soul, funk and old school hip-hop, moving from the ’60s to the early ’90s, and once a fortnight there’s live music. “It feels pretty good to be out on my own,” he says. “It’s more risky – there’s no one to hold your hand – but it’s good. I never have to compromise.” 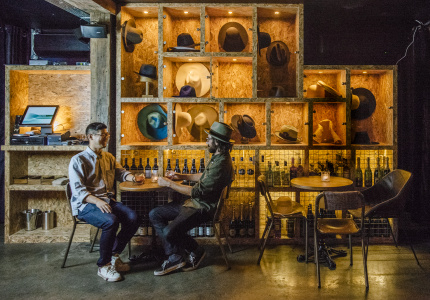