The “no bullshit” sandwich deli is doing a cold-cut layered “Super Deli” panini, a cracking chicken-schnitty roll and a spectacular salad sanga. Plus, a “VIP” deli selection of house pickles and ferments, Veneziano coffee, and fresh-as watermelon juice served with haloumi. 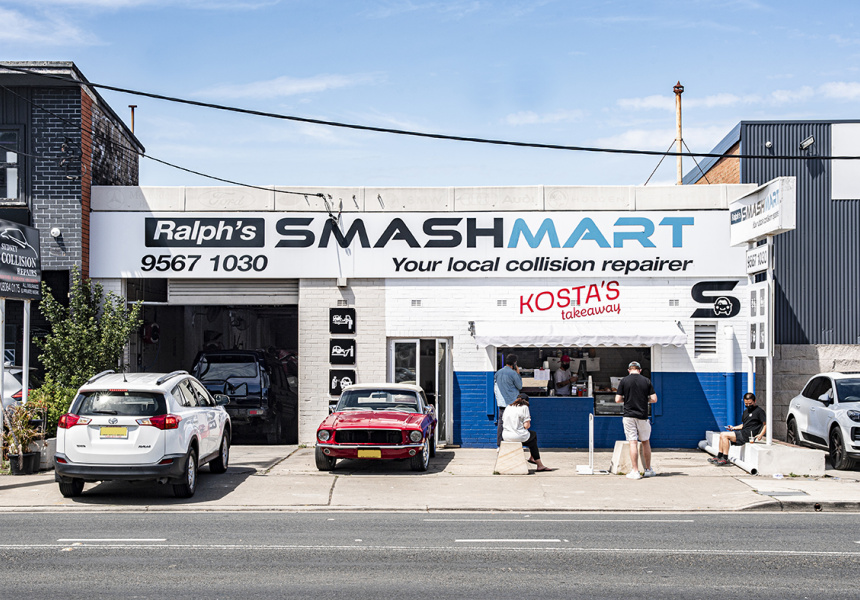 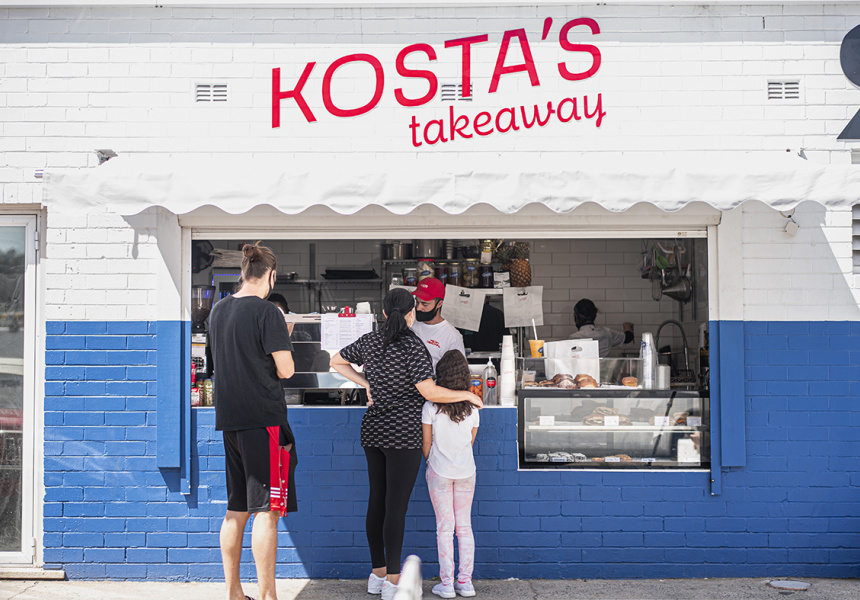 What do you get when you throw four hospitality guns inside a takeaway window out the front of a smash-repairs workshop in Rockdale? You get Kosta’s Takeaway, a “no bullshit” sandwich deli that’s deadset on sidelining eggs.

“Everyone loves a good sandwich and I just think everyone got caught up in going out for eggs. People were trying to recreate eggs so many times, I don’t know. It became exhausting. And running cafes is very hard, man. They’re hard work,” co-owner Benjamin Terkalas tells Broadsheet.

“We’re having a lot more fun and being just as creative and still doing good stuff, but with sandwiches. The team’s really enjoyed that.”

The shop itself is, indeed, no bullshit. It’s little more than a hole-in-the-wall, like a school canteen, with an awning, a roller shutter, and a fresh lick of white and blue paint on the facade. A smattering of stools are the only places to sit.

But how exactly does a deli end up at a smash repairer’s?

“It’s actually my old man’s business,” Terkalas explains. “I was looking at a shop in the city, and obviously, I went to speak to the old man about it and he said ‘no chance’. I think he was just trying to avoid the whole conversation and he was like, why don’t you just open a cafe here?” Problem solved.

The highlights of Kosta’s menu of “classic, not basic” sangas, made with bread by Thoroughbread bakery in Kirrawee, include the Super Deli panini stacked with LP’s mortadella, ham, sopressa, marinated peppers and eggplant, spinach, graviera (a firm Greek cheese), fennel butter and salsa verde; a salad schiacciata (a crisp focaccia-style slice) loaded with a jumble of fresh veg (including the mandatory beetroot), leaves and salsa verde; and a panko-crumbed chicken schnitty number served on a round olive oil bun with lettuce, cheese and burger sauce. Rotating, meat-heavy specials will feature cuts from Whole Beast Butchery in Marrickville.

You can also jack up your two-hander with items from Kosta’s VIP deli: extra cold cuts; house-made relishes, pickles and ferments; or even a deep-fried potato scallop. Various Greek dishes, such as spanakopita and rizogalo (dessert-style rice pudding), are also on the menu.

To drink, there’s coffee by Veneziano, classic shakes, smoothies, and that retro favourite, Nippy’s flavoured-milk boxes. But the real hot-ticket item is karpouzi: fresh watermelon juice in a takeaway cup, served with salty-squeaky hunks of haloumi cheese on top. “It’s something really true to Mykonos and Greek culture. On a hot day we’d have watermelon and feta or haloumi,” says Terkalas.

The team has plans for regular Sunday pop-ups, (they’re toying with the name “Souvla Sessions” for the first installment), and they’ve still got eyes on a CBD location. But for now, Terkalas says their little window in Rockdale goes alright. 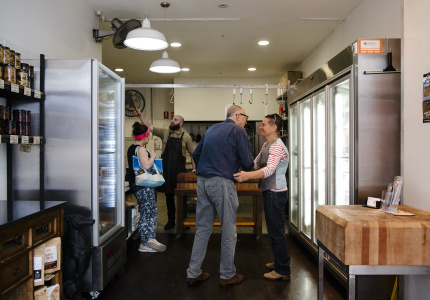