Now Open: Inside a Microbrewery With a View Drops in The Rocks

A waterfront lounge offering a front-row seat to the Harbour Bridge and Opera House. 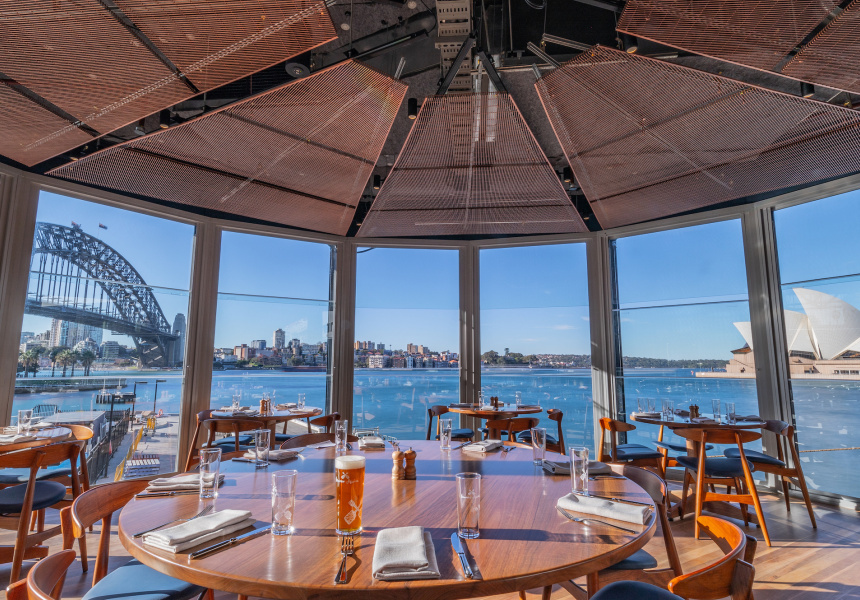 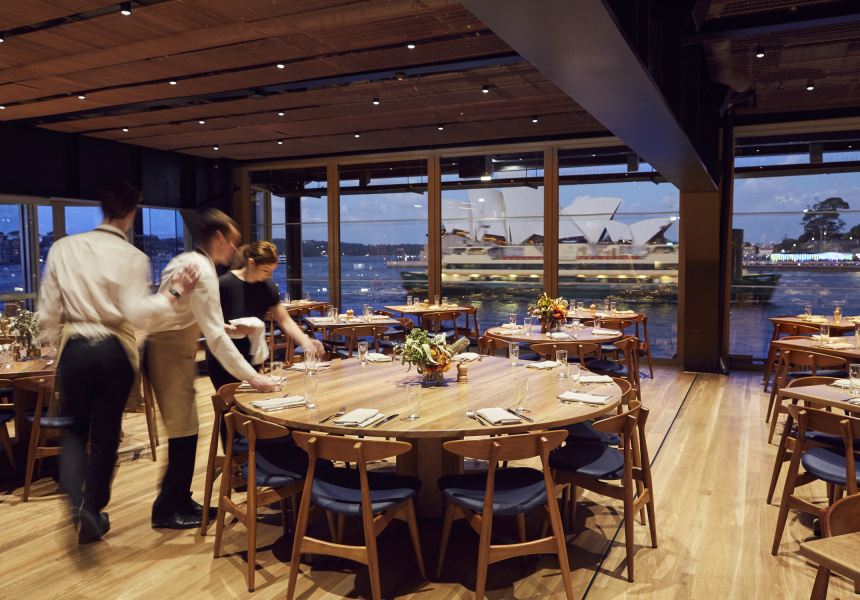 The Overseas Passenger Terminal in Circular Quay is now home to The Squire’s Landing – James Squire’s latest microbrewery and restaurant, spread across two storeys. Positioned between Sydney Harbour and Sydney Opera House, and run by the Mantle Group Hospitality (which is owned by Godfrey and Jenny Mantle), this brewhouse brings sweeping views inside.

Specialising in craft beer and cider, The Squire’s Landing serves nine different takes on the brand’s namesake core range. Choose from 150 Lashes, The Chancer, Jack of Spades, and small-batch and in-house brews including a Juicy IPA and Red Ale. There are also seasonal releases from the Malt Shovel Brewery – another James Squire venue in Camperdown focusing on experimental brews such as fairy-floss-flavoured beers.

Architecture studio Collins And Turner’s fit-out is a mash-up of old-fashioned textures with contemporary design elements. The original steel structure that Lawrence Nield and Peter Tonkin originally created for the terminal in 1988 has been retained, while contemporary features befitting of a luxury lounge bring the venue into the modern day: spotted-gum decking, floor-to-ceiling glass walls, and bar taps that light up. A balcony and spacious terrace adorned with palm trees and fairy lights overlook the harbour’s landmarks.

During the day, the panoramic view of Circular Quay can be seen through the glazed-glass panels or soaked up on the patio. After the sun sets, the mood is entirely different. The venue becomes livelier as music performances begin and punters settle in for friendly banter over a round of beers.

Adam Mcilveen, general manager NSW for MGH, says The Squire’s Landing “[offers] a similar holistic experience” when compared to other local brewhouses like Young Henrys and Batch. “Guests can see where the beer they are drinking is brewed and they can talk to the chefs and staff about where our produce is sourced,” he says.

“Although a cliché … it is the individuals involved in delivering the day-to-day experience at The Squire’s Landing that really differentiate us from similar offerings around Sydney. We have a team of extremely passionate individuals who work tirelessly to ensure that each guest that walks through the door has a wonderful experience,” he says.