Now Open in the CBD: Williams, the First Shop of a New Fancy Burger Brand By Grill’d 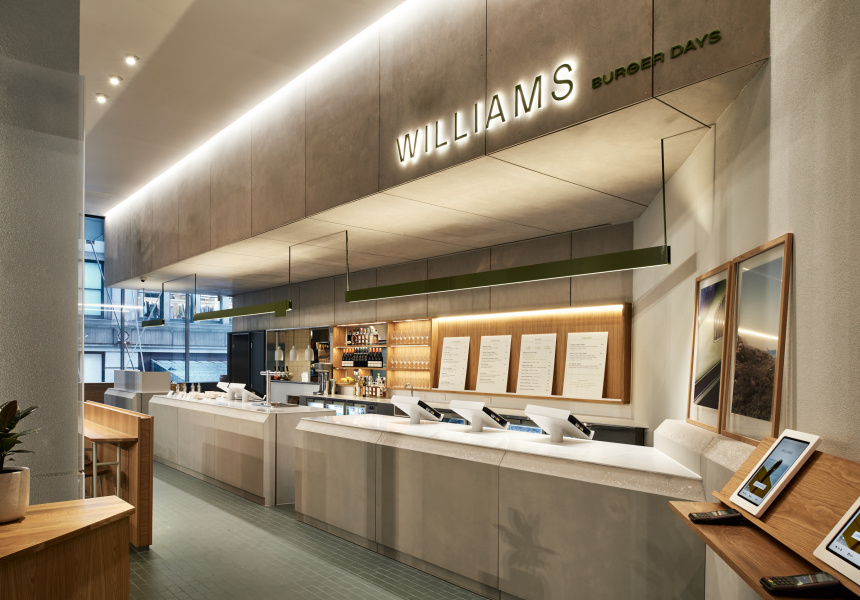 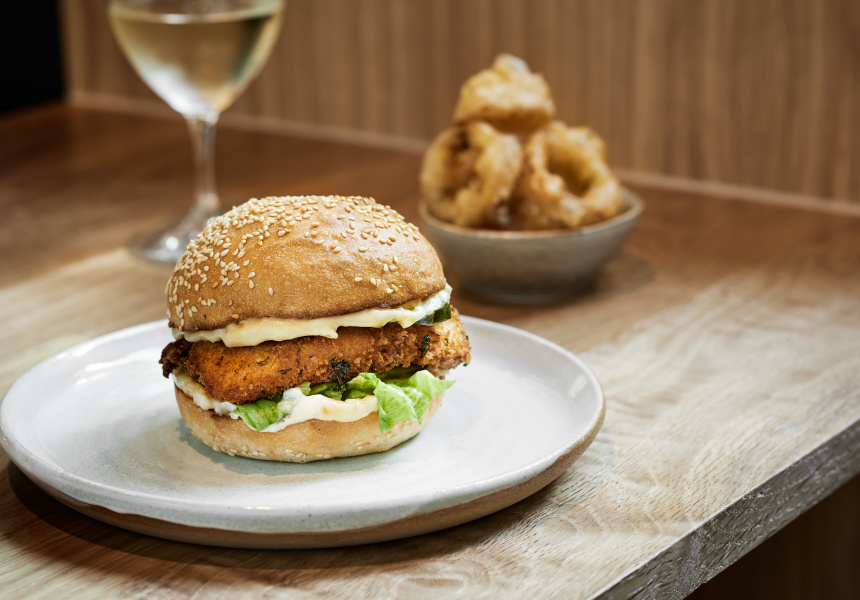 “Like the younger brother of a good mate,” Pigdon tells Broadsheet. “Look closely and you can tell they’re related, but they’re certainly individuals in their own right.”

Where Grill’d is now a 140-strong burger chain with outlets across the country – it launched in 2004 in Melbourne's Hawthorn – Williams is more premium, stylish and has a chef with culinary kudos. It opened last week in Westfield Sydney and there are plans for a Melbourne outlet next month. The goal is to open 15 stores in three years.

“We’re not restricted by what we’ve already done or what we’re already doing. Williams gives us a licence to do things differently and push the boundaries,” he says.

The menu has full-blooded Wagyu beef from Mayura Station in South Australia; patties made with O’Connor Beef from Victoria’s Gippsland; and yellowfin tuna from one of Sydney’s best seafood suppliers, Josh Niland, who gets it from off the coast of Mooloolaba in Queensland for his Paddington Fish Butchery.

The menu was developed by Pigdon and Josh Powell, who lists Melbourne’s high-end Vue de Monde, and Circa on his resume, as well as The Fat Duck (by Heston Blumenthal) in the UK. Keeping to trends, there are Australian ingredients peppered through the menu. For the special Williams burger sauce Williams uses karkalla pickles (a succulent also known as pigface and beach banana). The onion rings are flavoured with saltbush and vinegar, and the Whisky Sour features Davidson plum.

“We want to keep doing work with these [native ingredients] because there are a lot of amazing ones out there. Some are hard to get, but we've got some great partners,” Pigdon says.

His personal pick is the Wagyu cheeseburger, which he suggests adding some dry-cured bacon to. It’s made with a Wagyu pattie, Williams sauce, charred onion, shaved cheddar and pickles and will set you back $18 (a classic beef burger is $11). Another star is the tuna cheeseburger, made from yellowfin that’s blended into a patty with fresh herbs and onion. Pigdon says it isn’t as fishy as you’d think. “It actually takes on more of a beefy flavour and tone.”

There’s also chips made from potatoes that still have their skin on – the hefty Burger Days Chips (served with brisket gravy, Williams sauce, cheddar and fresh herbs) – and sides such as charred broccoli with whipped feta. Fans of chicken might dig the Sunday Roast Chicken with Gravy burger made with a crisp chicken patty and chicken crackling mayo, served with roast-chicken gravy on the side.

The drinks list is local. There’s a lager from One Drop Brewing and a pacific ale on tap from Byron Bay brewer Stone & Wood.

Creative agency Moffitt.Moffitt is behind the branding, and Melbourne-based DesignOffice did the stylish, modern interiors. Tan upholstery blends in with timber finishes, on the tables, chairs and ceiling fixtures. And although it’s in a shopping centre there are windows that provide the space with natural light.

It might seem we’ve reached saturation point with burger concepts, but Pigdon is confident Williams is different enough to be successful. “I really think we can join the party everyone else is having,” he says. 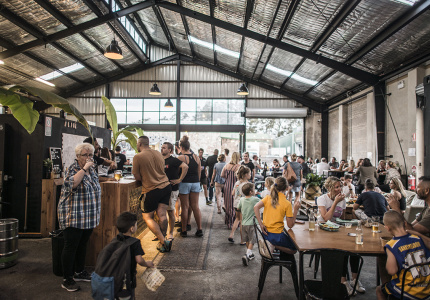