Now Open In the CBD: Wholegreen Bakery, Where Everything Is 100 Per Cent Gluten Free

People with coeliac disease and those who have to avoid gluten, rejoice. You can get it all: gourmet pies, sausage rolls, sandwiches, pasta, loaves, chocolate eclairs and croissants. Plus, there’re vegan and dairy-free options. 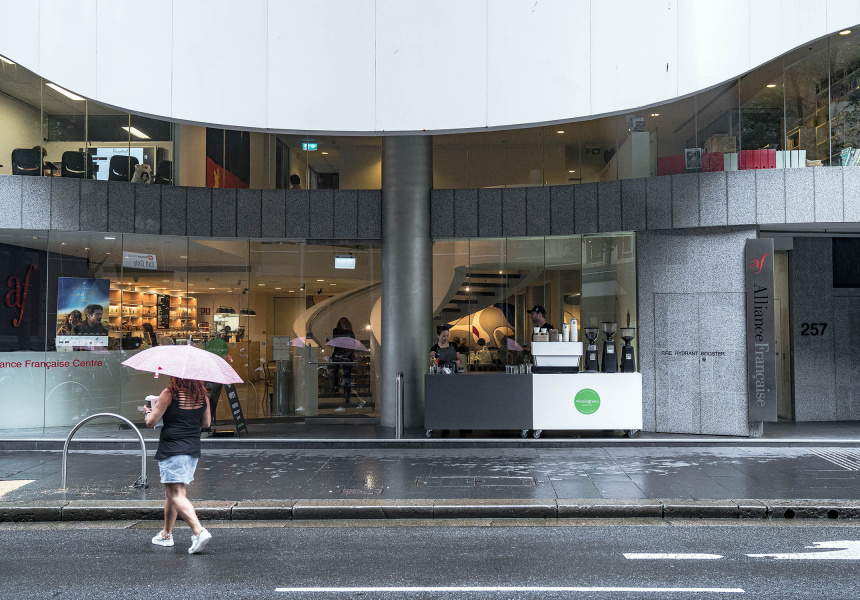 For people who have coeliac disease or have to avoid gluten, Wholegreen Bakery is a life-changer. The Waverley bakery and market stall pop-up specialises in gluten-free bread, croissants, pastries and sweet treats. And we’re not talking about a couple gluten-free options – everything is sans gluten.

So good are Wholegreen’s products, it’s not just amassed a cult following among Sydney’s coeliac community and those with dietary requirements, but from further afield as well, including people from regional NSW and even overseas.

Now, you can get Wholegreen’s coveted goods in the Harry Seidler-designed Alliance Francaise building in the city.

“There’s a lot of people who can’t get to us in Waverley, especially because of public transport. Now, we’re a five-minute walk from Town Hall, so it’s more accessible, especially for people working in the CBD,” says owner Cherie Lyden, a qualified nutritionist. She started her bakery business six years ago after her daughter was diagnosed with coeliac disease, an autoimmune disorder affecting one per cent of the population triggered by gluten, a protein found in wheat, barley and rye.

The new 60-seat cafe is open longer hours and has an expanded lunch menu with gluten-free sandwiches, pasta and salad options, as well as toasties, gourmet pies (including a French-lentil pie), sausage rolls and spinach and feta pasties. There’s a selection of seasonal muffins, cakes, frangipane tarts, and the bakery’s signature gluten-free croissants. “We’re trying to show people [that] gluten-free doesn’t have to be dull, boring and limited,” Lyden says.

Developed by Parisian-born head chef Sebastien Syidalza over a period of seven months, the gluten-free croissant is a best seller. The CBD outlet will offer a daily selection of almond, chocolate and plain croissants, fruit danishes and pain aux raisin, alongside a savoury ham and cheese croissant.

The store sells loaves of its gluten-free sourdough-style bread for patrons to take home. The bread (which is also dairy- and egg-free) is popular with vegans and comes in several flavours: turmeric-and-activated charcoal, olive and rosemary, seeded, plain and fruit loaves. Cakes are also available to order.

Food served at Wholegreen Bakery’s CBD outlet is prepared fresh daily in the bakery’s 100 per cent gluten-free commercial kitchen in Waverley, and will include vegan and dairy-free menu items. “It’s about giving people more options, but also the confidence to eat out,” says Lyden. “If you’re a coeliac, you can come in, eat, not worry about cross-contamination, and have an amazing offering.”

There’s also gluten-free beer and wine, as well as a coffee cart outside for those who want to grab a pastry and go (the house blend is by Colombian Connection Coffee).

“My big thing is that food is supposed to bring joy and evoke emotion,” says Lyden. “I had a lady the other day eating a gluten-free pain au chocolat and crying because she never thought she’d never be able to eat one again.”

Wholegreen Bakery is at the Northside Produce Markets (Civic Park, 200 Miller Street, North Sydney) the first and third Saturday of every month, and Carriageworks Farmers market every other Saturday.

This article first appeared on Broadsheet on March 5, 2020. Menu items and some details may have changed since publication.