After a thoughtful transformation the restaurant, surrounded by lush gardens, is serving a modern-Asian menu inspired by Nguyen’s heritage – which is more complex than he at first thought. 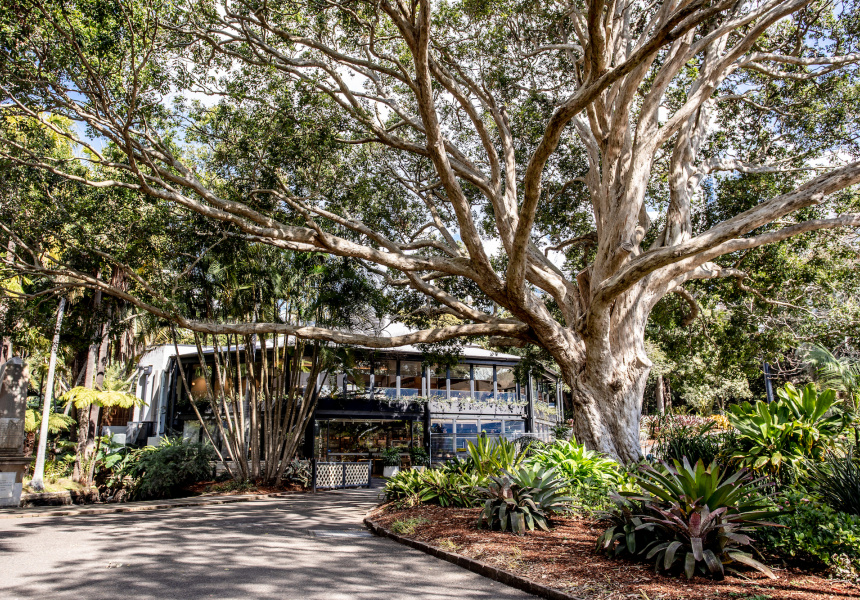 One of the first things you notice when you step inside Botanic House is the outside. The reimagined restaurant in Sydney’s Royal Botanic Gardens – formerly known as Botanic Gardens Restaurant – has windows everywhere, and the verdant surrounds are calming.

What you see then is an intricate single-line drawing on the wall. It wraps and weaves its way around the room – even finding its way onto the cover of the menu. “The simplicity of the artwork, with its one clean line, is both what our menu and our restaurant represents,” says chef Luke Nguyen.

These days it’s hard to know whether Nguyen is better known for his cooking or his travelling, both of which are documented in many cookbooks and TV shows, such as Luke Nguyen's Vietnam, Masterchef (not as a contestant) and The Songs of Sapa – Stories and Recipes from Vietnam. When he speaks to Broadsheet about the opening of his new Botanic House restaurant he’s in Paris getting ready to take 140 foodies from all over the globe on a two-week culinary trip through France.

The menu at Botanic House sums up Nguyen’s family history perfectly. “My parents fled Vietnam in the ’70s and I grew up in a refugee camp in Thailand before coming to Australia. I also recently learned that my grandfather is Chinese, and so that’s exactly what the menu is [a mix of those cultures],” he says.

There are hand-rolled mud crab-and-scallop dumplings; crackling pork belly in charcoal bao; soy-sauce ice-cream; and crisp-skin chicken that’s first poached in a master stock from Nguyen’s other restaurant, Red Lantern on Riley, a Vietnamese eatery nearby in Darlinghurst. The dishes are paired with wines, cocktails and loose-leaf teas.

To Nguyen, travel is an essential ingredient to his cooking and helps evolve him and his culinarye. “I’m always learning and jotting things down,” he says, before adding that he’s also been inspired by the more than 6000 native Australian ingredients available, many of which grow in the gardens around the restaurant.

There is a lemon myrtle tree Nguyen says you can smell when the breeze wafts into the kitchen. He decided to add it, and a few other natives, to his otherwise modern-Asian menu. You’ll find native pepper berries with the squid, and tempura saltbush sprinkled over the grilled king prawns. Lemon myrtle-infused coconut milk coats seared mulloway fillets.

The new restaurant is part of the complete transformation of the former Botanic Restaurant by the Trippas White Group (The Avalon on the Beach, Walsh Bay Kitchen, Portside Sydney Opera House), with the help of FiveFootOne designers. It included the reimagining of downstairs into the Farm Cove Eatery and the introduction of the Terrace Eatery and Terrace Bar – all of which have a menu influenced by Italy and take advantage of the parkside location, which has stunning views of the Domain and the Art Gallery of NSW. Nguyen was appointed “ambassador chef” of Botanic House, and Pakphom Meechai, who has been the head chef of Red Lantern on Riley for 10 years, is head chef here.

Nguyen says he jumped at the chance to be involved because it affords him the opportunity to reflect who he is now. When he was a young boy working in his parents’ restaurant in Cabramatta, he dreamed of opening his own Vietnamese eatery. He did that at 23, at the original Red Lantern on Crown Street, in Surry Hills (which he opened with his sister Pauline and chef Mark Jensen). Since then, though, he’s discovered his heritage is a little more complex.

“My cultural background is a little bit all over the place,” says Nguyen. “At Botanic House, I’m cooking with my personality, my culture and my upbringing, and telling those stories through my food.”

This article first appeared on Broadsheet on September 5, 2019. Menu items may have changed since publication. 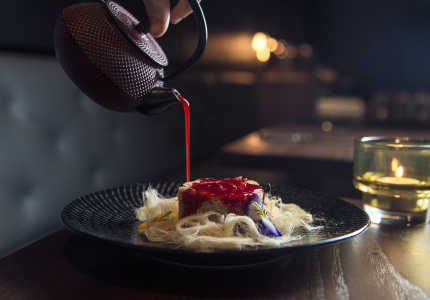 The Avalon on the Beach