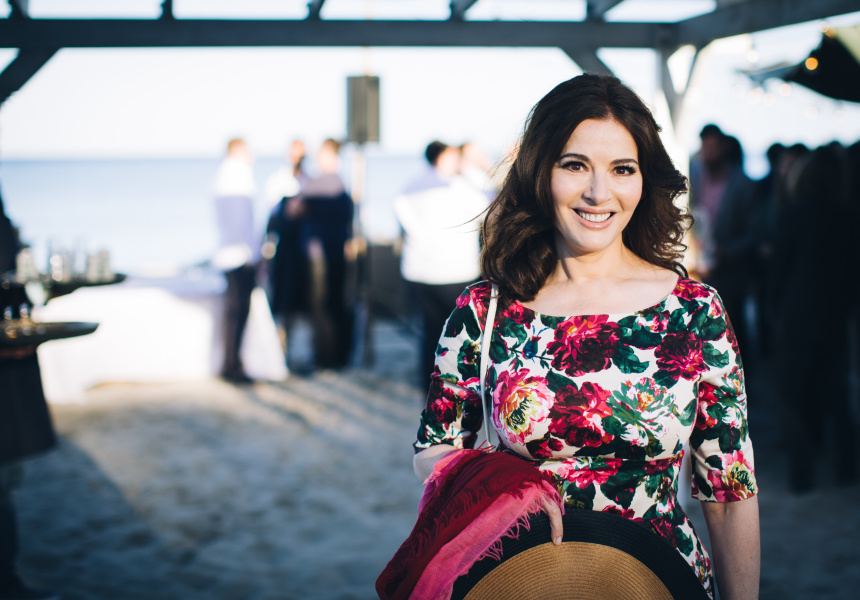 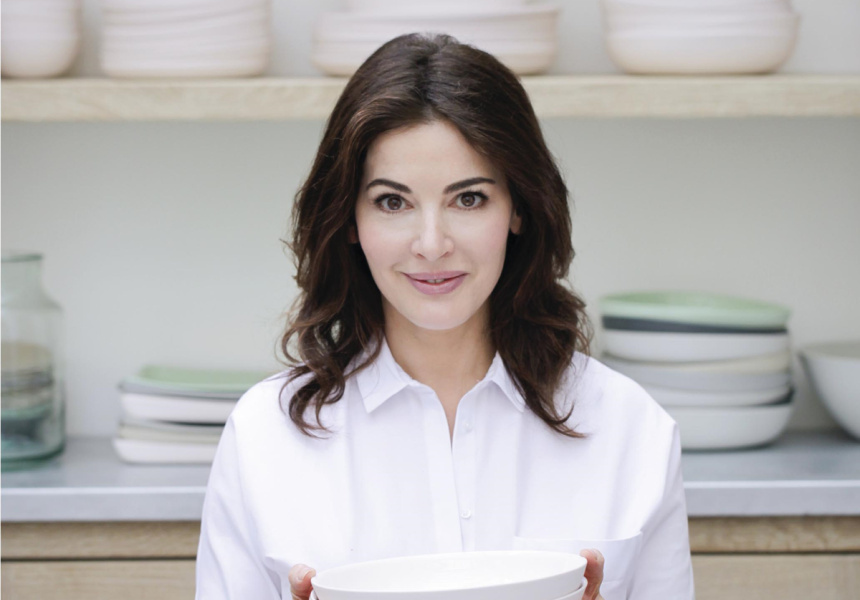 The goddess of cooking has named Bondi’s Icebergs Dining Room and Bar her “favourite restaurant in the whole wide world” after dining there earlier this year.

She made the announcement on her Instagram account with a lead photo taken from the dining room showing the view across Bondi Bay to Ben Buckler. “There’s no view quite like it,” she said.

At @icebergsdiningroomandbar, my favourite restaurant in the whole world: there’s no view quite like it. Plus wonderful kingfish sashimi (pic 2) and rock oysters (pic 3) and gamberetti (pic 4). Excellent steak and sgroppino, not photographed.

The English journalist, author, cook and TV star was in Sydney for her An Evening with Nigella Lawson show, which took place at the Opera House in February.

In addition to the view, Lawson added photos of a few beloved dishes – the “wonderful kingfish sashimi”, the Sydney rock oysters and the gamberetti (school prawns). (She also noted the “excellent steak and Sgroppino,” but did not include snaps.)

“We’re very impressed, we were very happy with that,” Icebergs owner Maurice Terzini told Broadsheet. “She comes in all the time and has said that to us before, but to put it down on Instagram was pretty epic.”

The restaurant replied to her Instagram post by saying, “We are so pleased to hear you enjoyed your experience with us today and we look forward to having you back again soon @nigellalawson! Thank you for sharing.”

Sydney seems to agree with Lawson’s call on the gamberetti. The dish of crunchy fried prawns served with lemon and aioli has been on the menu since 2004, and was included in our “Sydney Dishes We Can’t Live Without” wrap-up.

“The simplicity has allowed it to stand the test of time,” said Terzini at the time. “We had some suppliers that would get these beautiful little gamberetti as a by-product and didn’t know what to do with them. Being from the Adriatic Sea [in the Mediterranean], we knew exactly what to do.”

Terzini has been serving the Italian cocktail Sgroppino – made with lemon sorbet, vodka and prosecco – at his restaurants since 1991. At Icebergs, the drink is “beaten at the table to get that texture and consistence. It’s a bit of a show stopper.”

Icebergs has long been a favourite among famous tourists – Oprah Winfrey, Sienna Miller, Alexa Chung and Leonardo DiCaprio have all been spotted there, to name a few. Other recent visitors include electro band the Prodigy and shoe designer Christian Louboutin, “who came in four meals in a row. He wrote the most beautiful comment in the guest book.”

Me and my 🦀 shirt hosted a conversation with the icon that is Mr Christian Louboutin this week. Thanks to everyone for coming. ⚡️⚡️🖤👠

Asked why he thinks Lawson might have named his restaurant her favourite, Terzini says, “For tourists Icebergs is a total product; they feel like they are in Sydney when they dine here.

“But we’re not creating culinary history here, we provide a good whole package. It’s food you eat by the sea and it’s Italian without being Italian; flavours my parents recognise but food they wouldn’t necessarily prepare – that’s what we’re about.”