Newtown’s Continental Deli, Bar and Bistro to Open in the City

And yes, there will Mar-tinnies. 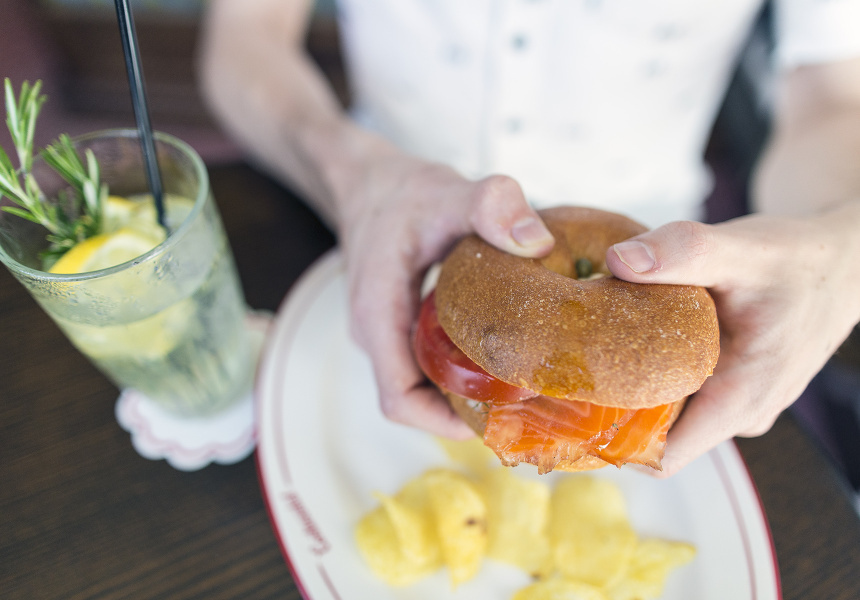 CBD workers will soon be able to enjoy stiff drinks, cold cuts and canned goods by Continental Deli, Bar and Bistro when the crew behind the Newtown favourite opens an outpost in the city later this year.

Founded by Elvis Abrahanowicz and Joe Valore of Porteño, and Jesse Warkentin and Michael Nicolian (of Bodega and Gardel’s Bar, respectively), the sophisticated deli on Australia Street is a well-loved local haunt serving a menu of cheeses, cured meats, canned fish, bistro fare and drinks.

“It came up out of the blue,” Abrahanowicz told Broadsheet. “It’s going to be on Phillip Street, near the courts, and we’re hopefully looking at a June/July opening.”

Unlike the Newtown venue, the city restaurant will be on one level and will be slightly larger in size. It will have an open kitchen and a bar at the back, and Abrahanowicz says the canning will still be a main feature. After coming across a canning machine, the Continental crew began canning everything from fish to vegetables and drinks, including the “Mar-tinnie”, a martini in a can, and the Manhattan version, the “Can-hatten”.

“Yeah, we’ll have those canned drinks and the food, and we’ll also have a retail component – things like the hot sauce, olive oil, but probably less than what we have at Newtown.”

The lunch menu will also be different. “In Newtown we don’t have a huge lunch crowd, but we will in the city, so we’ll have a bigger range of sandwiches and more substantial meals,” he says.

Asked why the city move, Abrahanowicz says the opportunity just came up. “The boys wanted to do something else and the city is a good option. Continental is a community place; we only really get locals, so we thought why not give CBD punters a bit of that.”

Continental Deli, Bar and Bistro is slated to open in June and July 2018.