Newtown venues are taking things into their own hands. Upstairs at The Bank Miss Peaches at The Marlborough Hotel 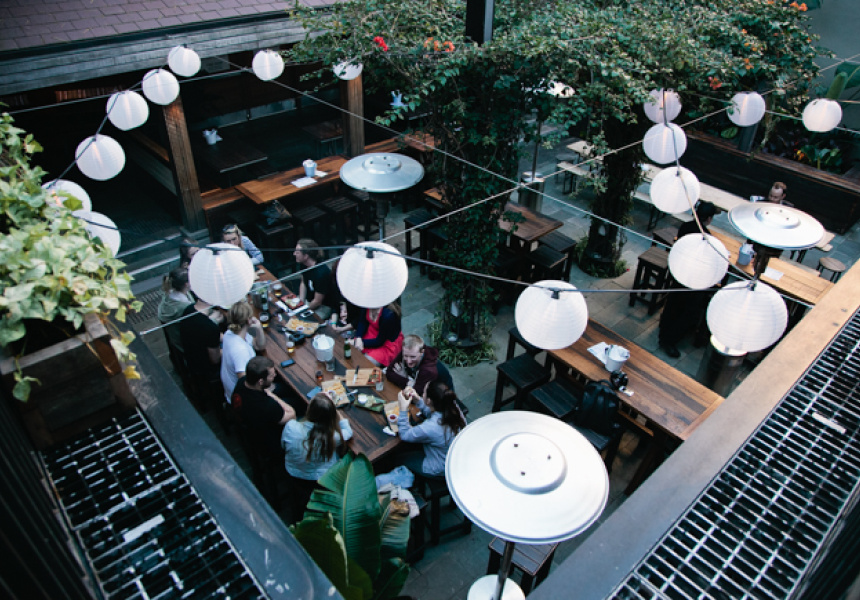 Several prominent Newtown venues have agreed to trial self-imposed lockout restrictions to keep the area safe and manage the increasing number of late-night drinkers in the area.

From September 1, no new patrons will be allowed into late-night venues after 3am, and those who want to leave and come back in will need a pass out. Bars will stop serving shots and double-shot drinks after midnight.They will also cease serving alcohol 10 minutes before close. The trial will last for six months and will only be applicable on Friday and Saturday nights.

Venues that have agreed to these restrictions include The Bank, Zanzibar and The Marlborough Hotel, although the Sydney Morning Herald reported around 10 venues have signed up.

Since the lock-out laws were imposed on the CBD and Kings Cross area in January 2014, the number of visitors to the Cross on Friday and Saturday nights has decreased, with bars such as Soho, Trademark, the Backroom and most recently, Hugo’s closing, citing loss of business.

In April, nightclub Spice Cellar moved from the CBD to The Imperial Hotel in Erskineville to avoid lockout laws. Since then, the pub has been plagued with problems, with two 72-hour forced closures by the police for breaches of the liquor act and a lax attitude to drug use. On Friday July 24, the hotel’s new owners, Spice Group International, pulled the plug on the popular weekly techno party held in the basement of the venue. The venue remains closed for the time being.

Broadsheet attempted to contact Zanzibar, The Marlborough, The Bank and the Newtown Liquor Accord, all of which declined to comment.