The old boozer’s had a makeover. Come for karaoke, trivia, local jazz and indie bands. Plus, $5 house booze for all hospitality workers on Mondays. 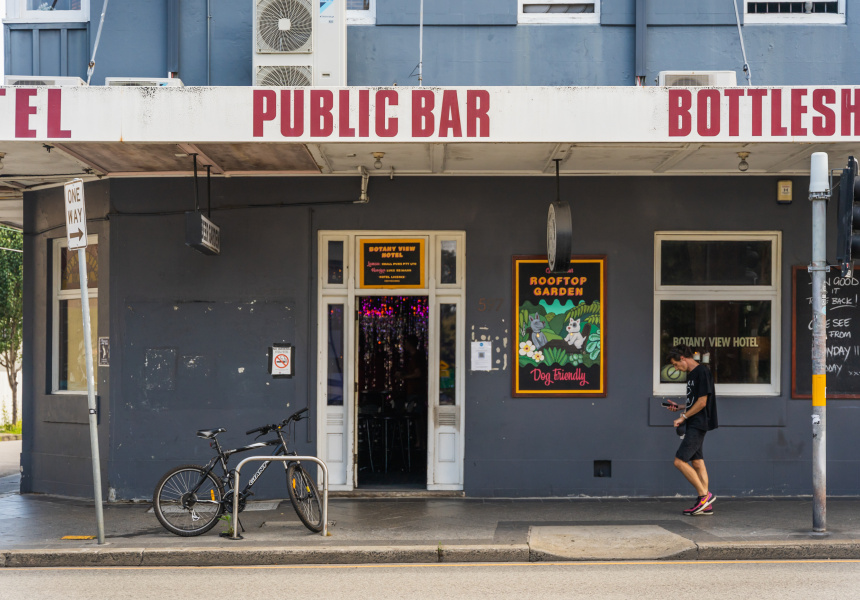 In the past, many respectable bands have performed at the Botany View Hotel, including DMA’s and Amyl and the Sniffers. But the main stage was always temporary, even when the pub was given a facelift in 2017.

Five years later and the BVH, as it’s affectionately known, has changed owners – Justin Small of Small Pubs (who also owns the Balmain Hotel) bought the pub at the end of 2019 and has made Luke Reimann general manager. Under him it’s now a live entertainment venue seven days a week.

“It felt like an old man’s country club that then just randomly operated as a live music venue a couple of nights a week, and we saw an opportunity to … say that’s what we want to do full time,” Reimann says.

To accommodate all the music events, a new permanent main stage has been installed; the venue’s sound system has been upgraded; the rooftop garden has been converted into a plant-filled oasis; and each room has been given a new lick of dark, moody paint.

The weekly roster starts with a free-for-all Monday karaoke night on the main stage, giving anyone the chance to belt out some David Bowie or even their favourite Disney soundtrack. Monday is also hospo day at BVH: hospitality workers are treated to $5 house beer, wine and spirits all day when they present their RSA at the bar. Tuesdays are for trivia, which involves a music-specific quiz once a month.

Coming up are performances by jazz pianist Aaron Blakey on Thursdays, while Friday evenings are reserved for local up-and-comers. Saturdays will be a mix of everything – from DJs to rising stars – and Geoff Bull and the Finer Cuts will take over every Sunday to crank out some New Orleans-style jazz.

When the main stage is not in use midweek, the Botany View offers it as an affordable (a token $50) lunch-time rehearsal space for local bands.

There are 28 beers on tap including a mix of local craft labels, old classics and ciders. It’s also pouring a range of predominantly local natural and organic wines.

To eat, expect pub classics such as bangers and mash, parmi, a steak sandwich, and a selection of burgers (gluten-free buns are available), and tacos. Or, for something more snackable, order a cheese board and poutine fries as is or loaded with bacon, shallots and gravy. 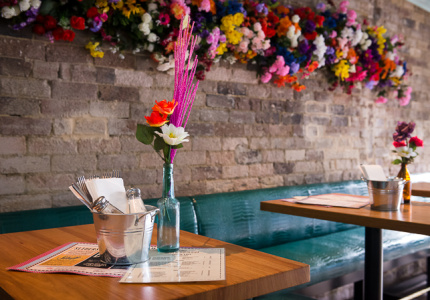