At the Newly Updated Hotel Rose Bay, the Model Train Is Out and a Chic, Modern Vibe Is In

With an ex-Flying Fish and Catalina chef in the kitchen. 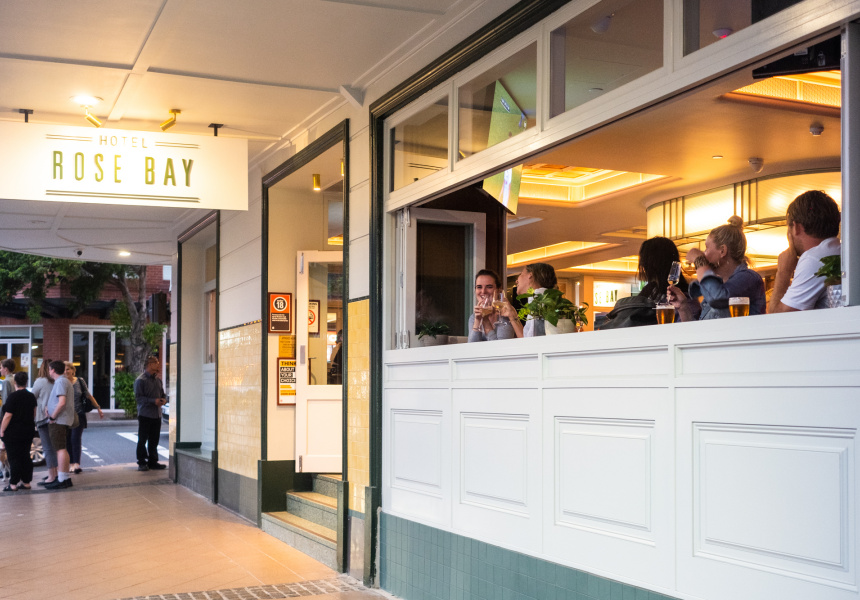 From the outside, the 90-year-old Hotel Rose Bay hasn’t changed much. Inside, though, it’s a whole other story.

Before Jonathan Richards of Richards Stanisich Interiors was commissioned to update the pub, a model train used to choo-choo above patrons' heads on an elevated track. The train’s been removed – along with the dated, dark timber finishes – and the news of its demise caused a furore. (Locals launched a #savethetrain campaign.)

The verdict is out on the trainspotters’ opinion of the renovation, but it’s looking very shmick. This is the first revamp the hotel has undergone since local Bellevue Hill family the Auswilds took over operations 20 years ago.

The former general manager of Mosman’s The Buena, Toby Chick, advised on the update, and says the aim was to introduce a bit of elegance without going overboard.

“We’re trying to create a multifaceted venue where you can come in multiple times a week,” he says. “You can come with your mates for a schnitzel, some wings and beers, or you can bring your partner for more of a romantic set-up.”

In addition to a sports bar, where punters can still enjoy their Sunday afternoon footy, there’s a chic public bar. The design features terrazzo tiling, spotted-gum timber, rose-gold finishes and emerald granite countertops. The ceiling’s been raised and big bi-fold windows now open up to the streets, letting the sea breeze waft in.

There’s been a dramatic change in the restaurant, too. The new 70-person dining room, called Rose Bay Dining, is headed up by Ian Royle, formerly of Flying Fish and nearby Catalina. The food is modern Australian with a hint of Asian flavours: one entree is salmon tartare with tomato ponzu and wonton crisp; one main is pork spare ribs with soy and Sriracha mayo. In the pub you’ll find classics such as oysters dressed with eschalot and vinegar, crumbed veal schnitzel and a bacon cheeseburger.

Like the food, the carefully considered wine list caters for all taste and budgets. The most expensive drop is a $190 bottle of champagne, but you can get away with a $38 bottle, too. “We still want to maintain a fun atmosphere at the hotel but really increase the level of the food and beverage offering,” Chick says. 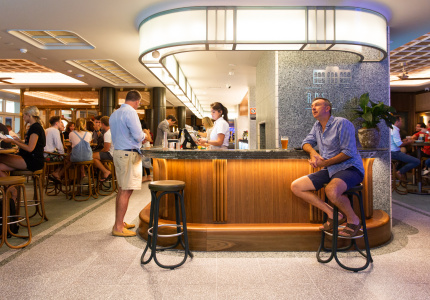 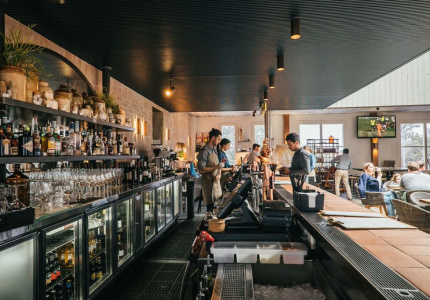