Sample a rotating roster of single-origin brews, a bolognaise toastie or a burrito made with house barbeque sauce and quesillo. 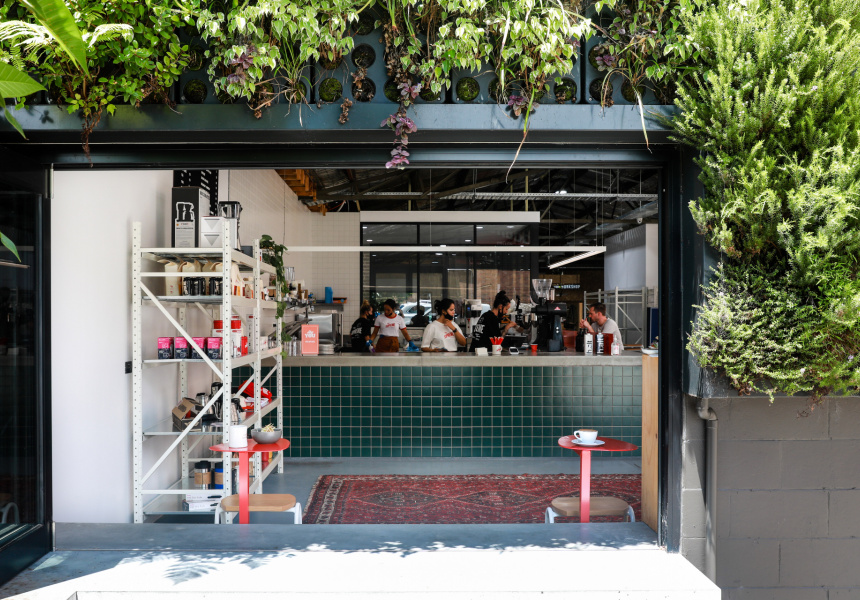 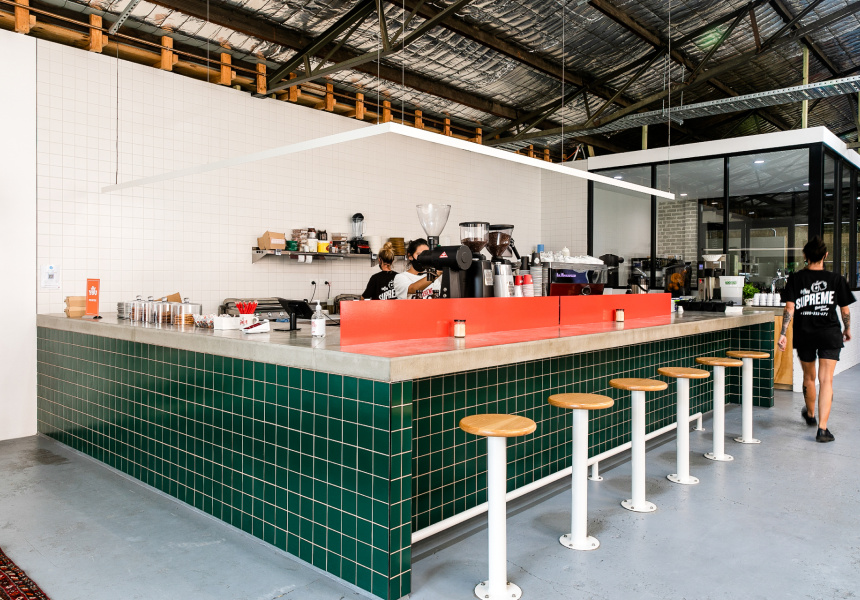 Kiwi roaster Coffee Supreme recently celebrated its 20th year in Australia. It was one of the earliest speciality roasters in Melbourne, and its Brisbane spot has been around since 2014. But its new Brookvale cafe and roastery is the company’s first bricks-and-mortar space in New South Wales.

“We’ve actually been in Sydney for four years, but instead of a cafe, we had a one-man team who drove around the streets winning over the hearts of cafe owners,” says Sydney and Canberra sales manager Jen Le. “It was fun, but we missed having a space where we could invite people over for a cup of coffee.”

A vast former warehouse in Brookvale, framed with frangipani trees and living walls of ferns, solved that problem. Taking over the location from Super Okay, a cafe by Bo Hinzack (ex-Rollers Bakehouse) that opened in March 2021, Coffee Supreme’s Sydney spot offers a rotating selection of single-origin cold brews and espressos, as well as milk coffees made with the brand’s fruity, balanced Five Star Day blend.

Right now, the coffee is still roasted off-site, but a 12-kilogram Probat roaster will be stationed at the back of the cafe from later this month. Anyone who has been to Coffee Supreme’s Abbotsford location in Melbourne will be familiar with the set-up. The team there roasts daily on its original 1986 Probat. The cafe’s food menu is a combination of classics and Brookvale originals.

The breakfast burrito is served with house-made barbeque sauce and quesillo, an Oaxacan cheese that has a similar texture to mozzarella. There are also toasties – bolognaise or ham and Gruyere – plus plenty of familiar breakfast options, including salmon bagels, bacon-and-egg rolls, and smashed avocado on toast with a side of dukkah-crusted boiled eggs.

The space is bright and has the partially finished charm of many warehouse conversions. The polished cement floor and plywood joinery and seating are sleek and streamlined, while the vaulted roof is rough. Steel beams and netting hold up pillowy silver insulation, while chain links covered in spirals of electrical cord support the light fixtures.

Coffee Supreme doesn’t just have a following for its brews – it also has one for its merch. At the front of the store, you can pick up branded mugs, limited-edition T-shirt collaborations, market bags and striped red-and-white barista socks. There are also bags of beans and premium coffee-making equipment on sale so you can take the Coffee Supreme experience home with you. 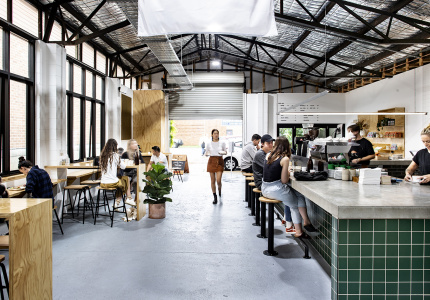 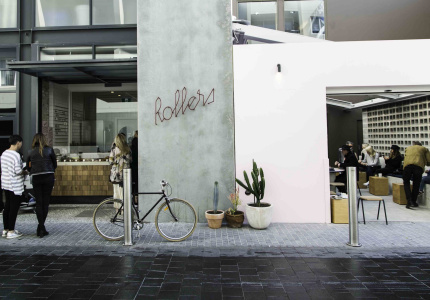