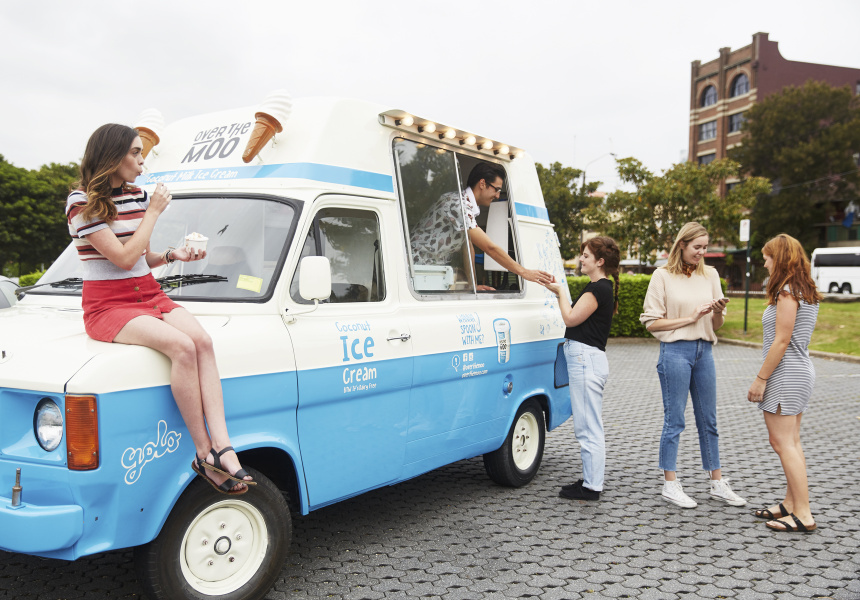 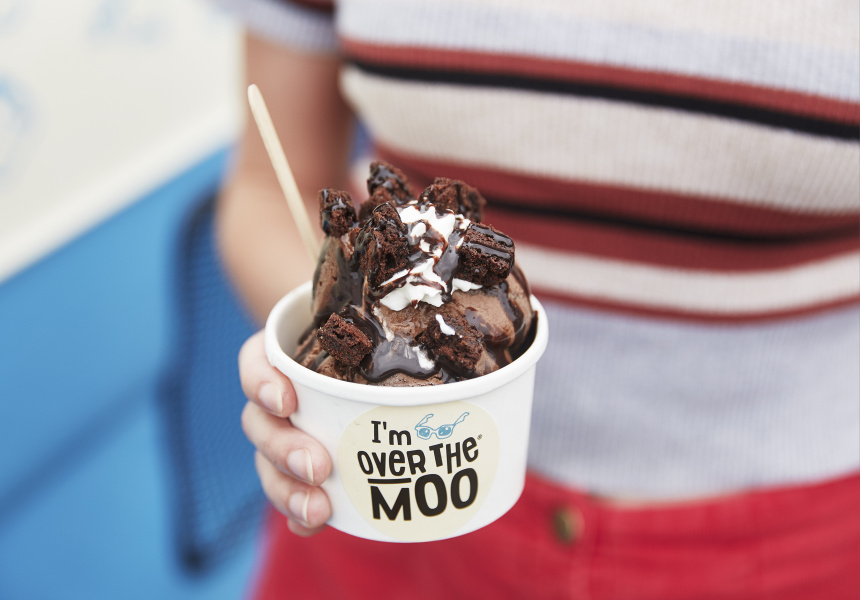 Over the Moo, purveyors of coconut-milk-based ice-cream, will hit Sydney’s streets on March 2. The treats will be served from a 1981 Ford Transit.

“The truck is really an extension of our dream … we wanted to get our product on the road,” says Over the Moo’s founder, Alex Houseman.

Thursdays to Sundays Over the Moo will rotate between beach, city and different market locations selling its vegan, lactose-free ice-cream. It will also attend festivals such as this year’s Taste of Sydney, The University of NSW’s “O” week, Surf Fest in Newcastle and the Mardi Gras fair day.

The menu will change daily and based on the event the truck is at. Expect vanilla bean; matcha; mango; and pandan pecan, and special ice-cream sundaes. The Fancy Pants Peach Melba is vanilla ice-cream, peach, raspberry compote and a freeze-dried raspberry-sugar shard.

“We wanted to reboot the old, nostalgic Mr Whippy van via the music we play. So we’ve got a hip-hop remix of the classic Mr Whippy tune.”

The Over the Moo ice-cream truck will launch on March 2 at 6.30pm at its headquarters in Glebe (62 Point Road). More information here.