With coffee granita and brioche that could be straight from the cafes of Catania. 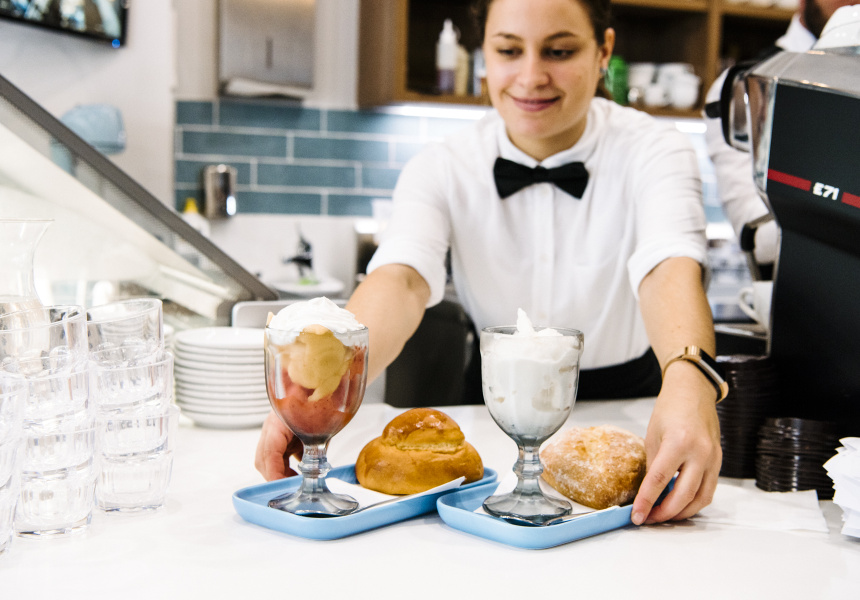 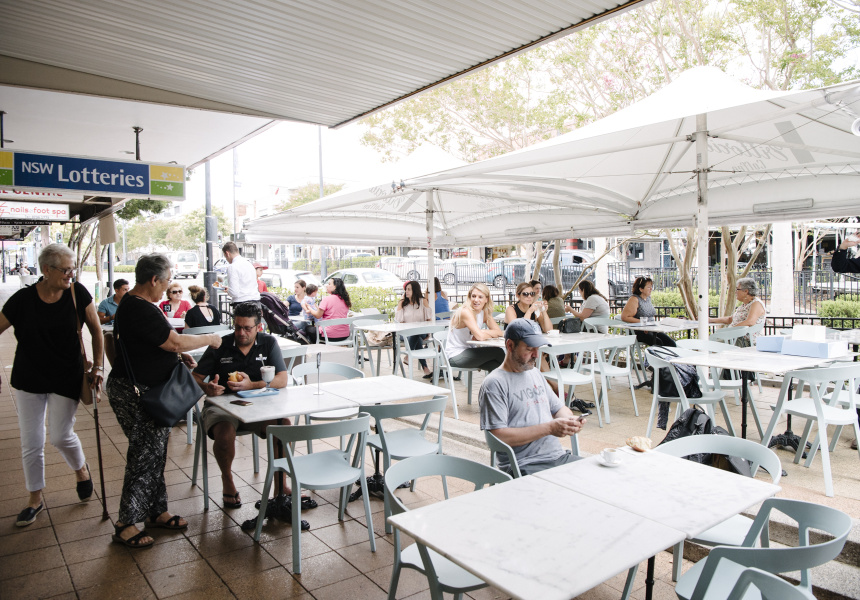 In Sicily, granita is both sacred and ubiquitous according to Paolo Gatto, owner of the newly opened Pari Pasticceria in Concord. “In the corner of every bar in Sicily, they have granita,” he says.

In Italy, the flavoured ice-crystal dish is an all-day thing. In the morning, Sicilians eat granita café con panna (coffee granita with thick cream) and brioche. After lunch and dinner, chocolate, strawberry, lemon and the nutty, slightly grainy almond is typically ordered.

In Sydney it’s hard to find real granita; pretenders are many. Cremeria de Luca in Five Dock is the real deal. It’s run by brother and sister Sal and Virginia De Luca, whose father Luigi De Luca was crowned Granita Ambassador to Australia by the Sicilian powers that be. Now there’s Pari.

“There are two parts to a good granita,” says Gatto. “The first is the ingredients you put in the machine.”

That might include the coffee, toasted pistachio or fresh fruit. There’s also pastalatante, a sweet, textured paste made from the almonds that flourish on Sicily’s famous volcano, Mount Etna.

The other part – a delicately sweet, chewy brioche – isn’t a component of granita itself, but is essential to the ritual. “The brioche must always be fresh,” Gatto says as he tears the round top off a roll and breathes in its scent. “Close your eyes for one second and take a long smell of the brioche. It smells like frangipani.”

Gatto says to make perfect brioche every day is a challenge. “The weather, the flour, the timing – everything can affect it. If it doesn’t work properly I take it off the shelf and we start again.”

Alongside granita and brioche there is a staggering assortment of sweets and savouries available. There are substantial dishes, such as a rich breakfast meatball pot served with poached eggs and parmesan, and the rosticceria offering is a good representation of Sicilian street food.

Try the cipolline, an oversized pastry triangle filled with smoked ham, fior di latte (a semi-soft fresh cheese made in the style of mozzarella), caramelised white onions and olives. And of course the pastries, made by pastry chef and Gatto’s godson Giuseppe, are delicious.

Thanks to Gatto’s magnetism, Pari seems to be the most happening venue on its Concord block. Gatto and his wife Rita own another Southern Italian eatery in the area, Sud, and five minutes rarely passes without someone greeting him warmly with a kiss and a “ciao”.

The venue is bustling, even on a mid-morning weekday, with many sitting in front of glass cabinets of almond granita with brioche. Tables and chairs are a pale periwinkle blue, matching the patisserie’s gold and blue colour scheme, and outside on the wide footpath the pleasant sound of Italians chatting floats above the din of passing traffic. 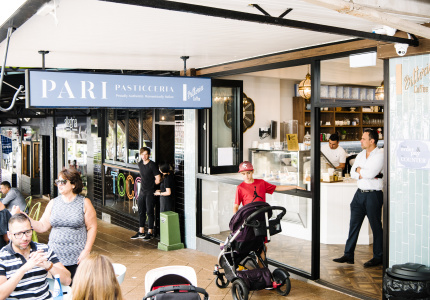