The next chapter includes customised furniture, bespoke ingredients, a reinvented oyster and no Snow Egg. 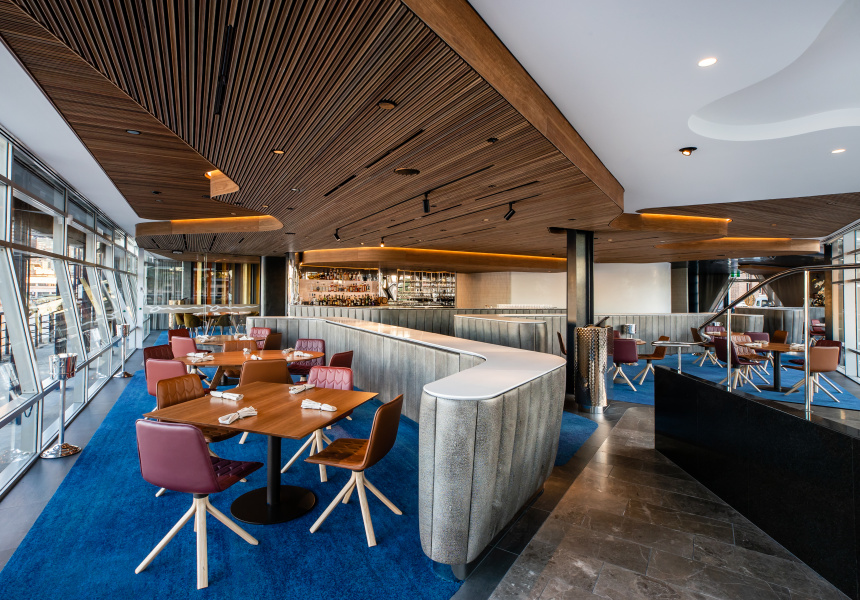 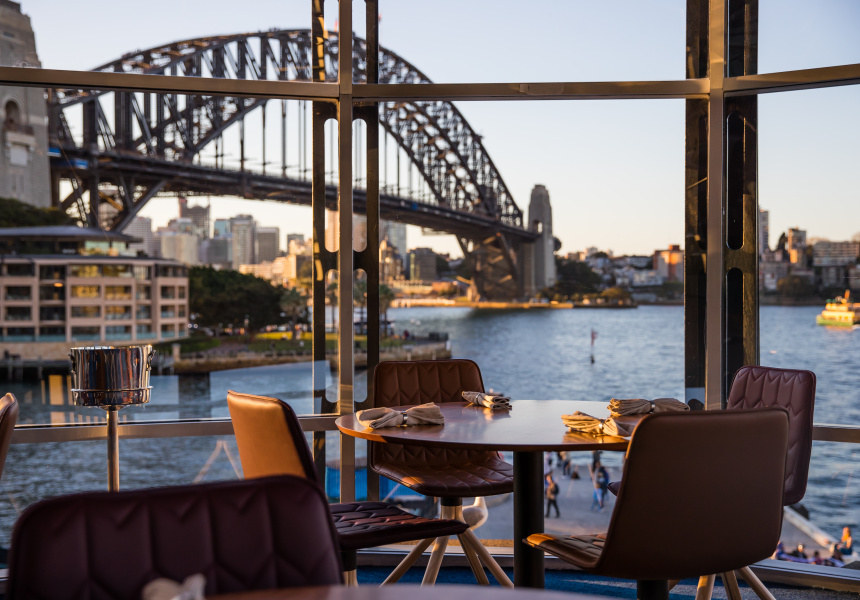 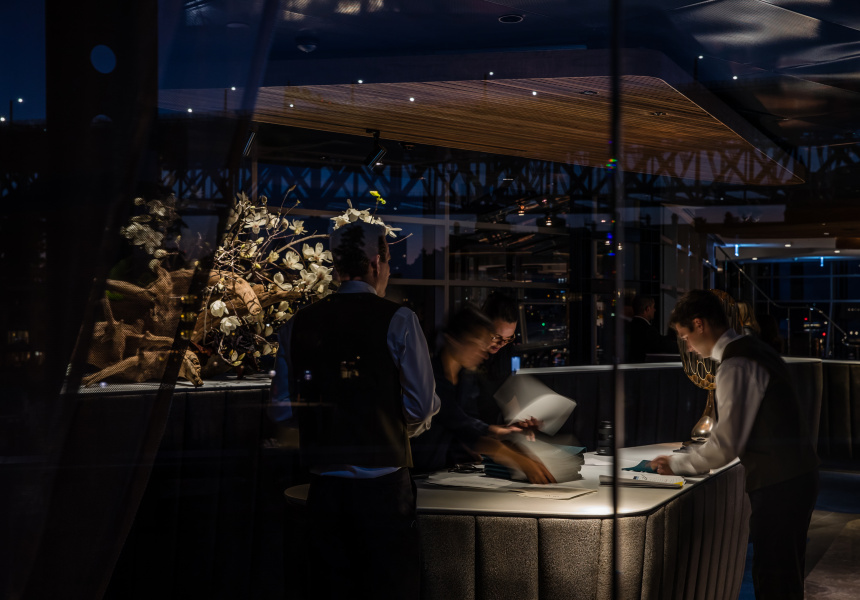 Just before Sydney’s acclaimed restaurant Quay shut for a three-and-half-month renovation – the most significant in the fine diner’s 32-year history – executive chef Peter Gilmore told Broadsheet: “You must keep evolving; you can’t rest on your laurels. You’ve got to keep things interesting for yourself, your staff and your customers.”

Now, a couple days before the harbourside venue reopens with a state-of-the-art kitchen, a reoriented space and a new menu, we’re about to learn how Gilmore and the Fink Group interpret what it means to eat in a fine-dining restaurant in Australia in 2018.

“People’s expectations around fine dining are often minding your p’s and q’s. We want to boldly move into uncharted territory … by thinking outside the box and considering the dining experience as a sum of its parts,” says John Fink, the creative director of the group, in a statement. (The Fink Group also includes Bennelong at the Sydney Opera House, Otto and its Brisbane sibling, The Bridge Room, Firedoor, and Beach Byron Bay).

Their vision does not include white tablecloths, which have been folded away; instead, custom-made tables built from sustainable spotted gum by Planet Furniture are left exposed. Handsome purpose-built chairs by leading Australian industrial designer Adam Goodrum, in a range of colours, are slid underneath. Called “The Quay Chair” they have chevron detailing that references the Opera House shells.

In fact, there are lots of echoes of Bennelong and the Opera House’s design in the new Quay, which is refined, sophisticated and measurably more inviting than it was only months ago.

Those spectacular 270-degree views of the harbour and the shimmering sails of Sydney’s most impressive building are, of course, still there across the water, although the dining room has also been reoriented to open up the sight lines to the Harbour Bridge too. There's also a new bespoke timber ceiling that helps direct your gaze up from the plate. Created by the original designer of Quay, George Freedman, it’s curvy, and the natural timber colour, along with the bright blue carpet (referencing the ocean), makes the restaurant look warm and modern. Tonkin Zulaikha Greer were the principal architect on the project.

Clever lighting and small spaces have been created so diners feel as though they’re eating in a more intimate setting (seating has also been reduced from 100 to 80), and the service has been reassessed. “There is an association with fine dining that often overwhelms people,” says group general manager Jeremy Courmadias in a statement. “As a family business it was important to ensure guests feel comfortable and relaxed in order to enjoy and appreciate the Quay experience.”

But how do they achieve that? “It’s personalised, it’s about reading the guest and individualising the service accordingly to how they want to experience Quay,” he says.

Of course it’s always been what’s on the plate that has caught our attention. Gilmore is a maestro with using texture and flavour to elevate ingredients, and he draws on that for his new 10-course tasting menu for $275, plus drinks. There’s also a six-course menu with a choice of main available Sunday to Thursday for dinner, and Friday to Sunday for lunch for $210.

Serious technique and innovation is on show. With the help of Rob Kabboord (chef de cuisine), Tim Mifsud and Troy Crisante (senior sous chefs), and a brigade of 35 chefs, the meal begins with a dish that Gilmore says “emphasises the new direction and philosophy of the food.”

Because he isn’t a fan of the texture of oysters, but enjoys the flavour, he has “invented” a new oyster. Silky “oyster cream” is poured in a bespoke ceramic oyster shell and topped with oyster crackling made from the mollusc’s frill. Ossetra caviar is added for an umami note. And because all that isn’t luxe enough, diners are given a handcrafted mother of pearl spoon to eat it with.

In March Sydney received the news Gilmore will stop making his most famous creation, the Snow Egg, following the rebrand. “It was a tough decision, but removing it gives me the opportunity to grow and evolve the menu to give guests a new dining experience,” he told Broadsheet at the time.

In its place is the equally pretty White Coral. “The dish is a very light white-chocolate ganache that has been super aerated under vacuum and then frozen with liquid nitrogen. The effect is a light, porous structure that resembles an organic piece of white coral. This is served on a feijoa ice-cream with a coconut cream. The white coral is shattered with a spoon by the diner and the flavours of feijoa, coconut and white chocolate harmonise in a light and refreshing yet intense way,” says Gilmore.

Producers have been recruited to grow ingredients exclusively for Quay, including Newcastle Greens, which grew red speckled peas. Epicurean Harvest grew an heirloom variety of Japanese Tennouji turnips for a dish of sand crab, kombu, squid and Wakefield cabbage. Each course has a specific plate, which has been created by ceramic artists Malcolm Greenwood, Ben Richardson, Paul Davies and Jacqueline Clayton from Red Shed Pottery.

A wine list of 500-plus bottles and 20 cocktails round out the high-end offering.

When the group originally announced late last year that the restaurant was closing, Fink described what he hopes Quay 2.0 will be like: “Personally, I would like to see a more sensory experience – what you are smelling, hearing, seeing is important. There are other senses besides taste that matter in dining.”

Come Thursday we’ll see if that’s the path they have taken.

Quay will reopen on Thursday July 19 for dinner seven nights a week. Lunch will be available from August 3 from Friday to Sunday from 12pm to 2pm.