Take a step back in time at Daisy’s Milkbar. 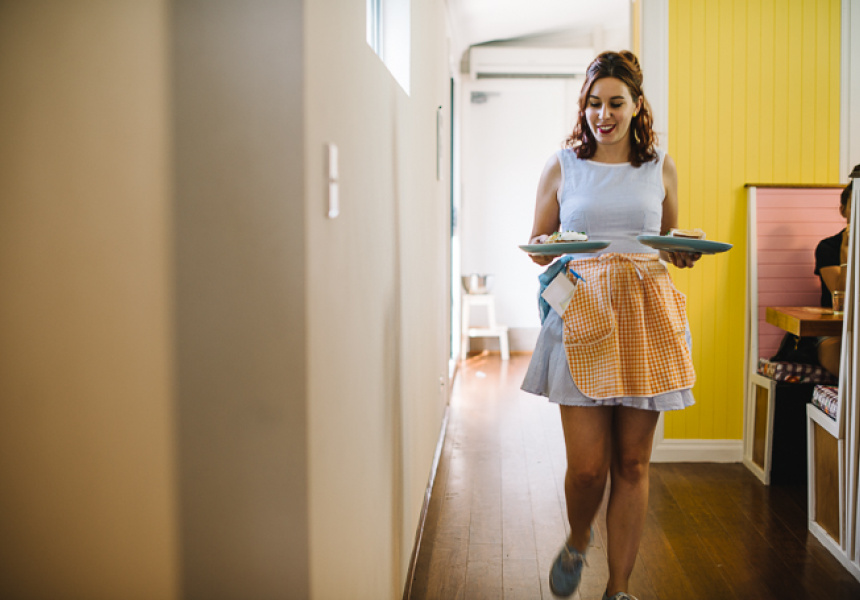 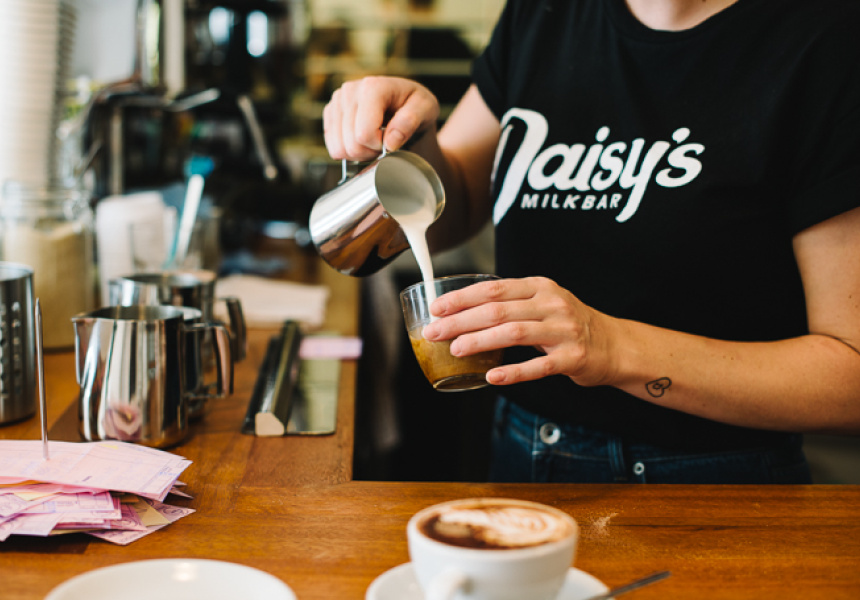 Sometimes you get that one sign that reassures you that you’re making the right decision. For Daisy’s Milkbar owners and couple, Jessica Barnes and Jake de Varine-Bohan, it was the location of their old, Australian-style milk bar that did it.

“Daisy is the name Jake called me when we first met,” says Barnes. “When we came to inspect the shop in Petersham, there were little plaster daisies set into the wall out the front, so we were like, ‘this is our place’. It was pretty perfect.”

Daisy’s Milkbar is everything the name suggests; playful, cute and fun. It has a pastel-blue shopfront, gingham window decoration, coloured wooden booths and a big daisy-shaped neon sign on the wall.

“We just wanted to have a really fun and welcoming vibe,” says Barnes. “I was inspired by old Australian milk bars, rather than the American-style ones. We haven’t replicated anything, we’ve just taken little bits of inspiration from here and there.”

Though Daisy’s has nostalgic elements – including a lemonade stand with little bottles of cordial that customers can add to their table water, and bags of lollies for sale – the menu does offer modern selections.

Breakfast includes baked eggs in spicy tomato sauce with Persian feta and chorizo, and French brioche toast with ricotta, maple syrup and rhubarb. Lunch is a range of gourmet sandwiches with fillings such as pulled pork, slaw and lime vinaigrette, and roast beef with roast capsicum, horseradish dressing and greens. There are also salad and side options such as pear, blue cheese, balsamic roasted onions, walnuts and radicchio salad, and the always-comforting macaroni cheese. The kiddies are catered to as well, with eggs and soldiers, toasties and chicken bites.

And of course it wouldn’t be a real milk bar without milkshakes and spiders to wash it all down.