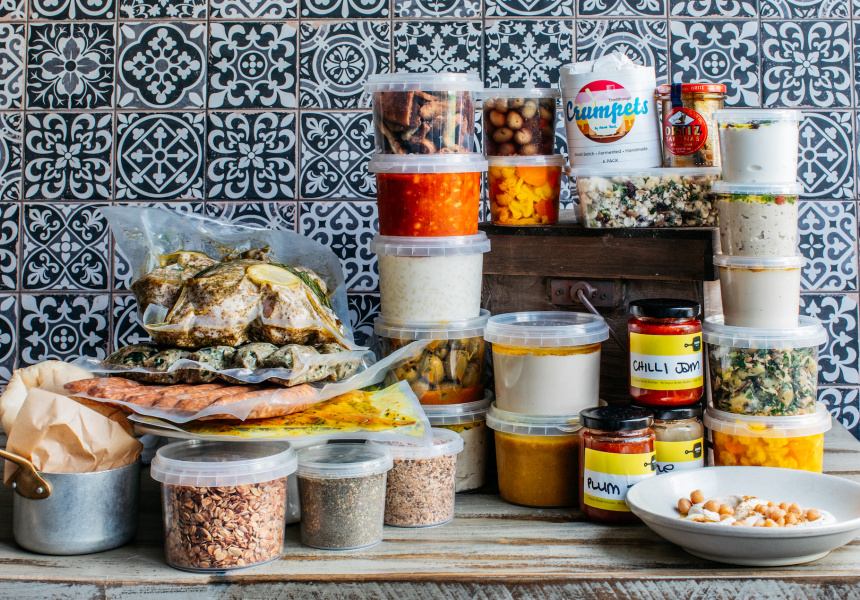 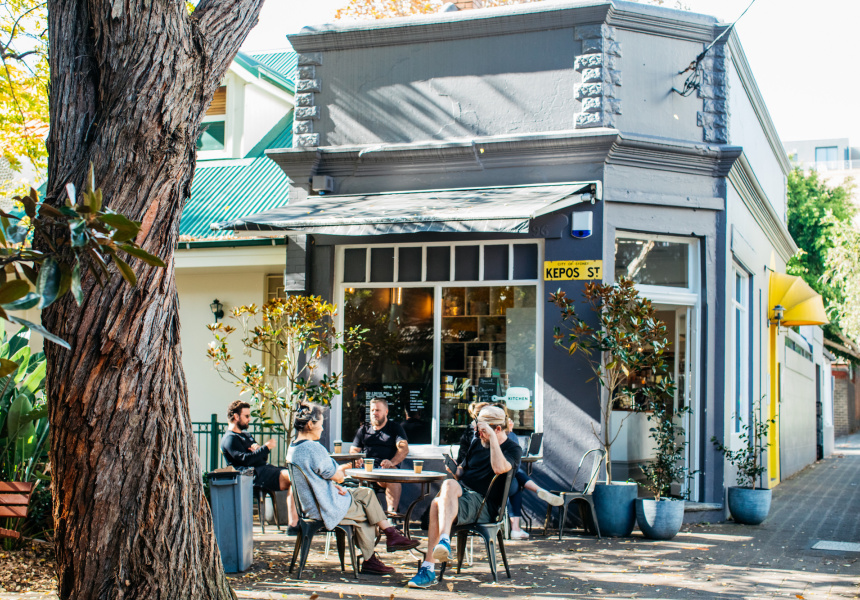 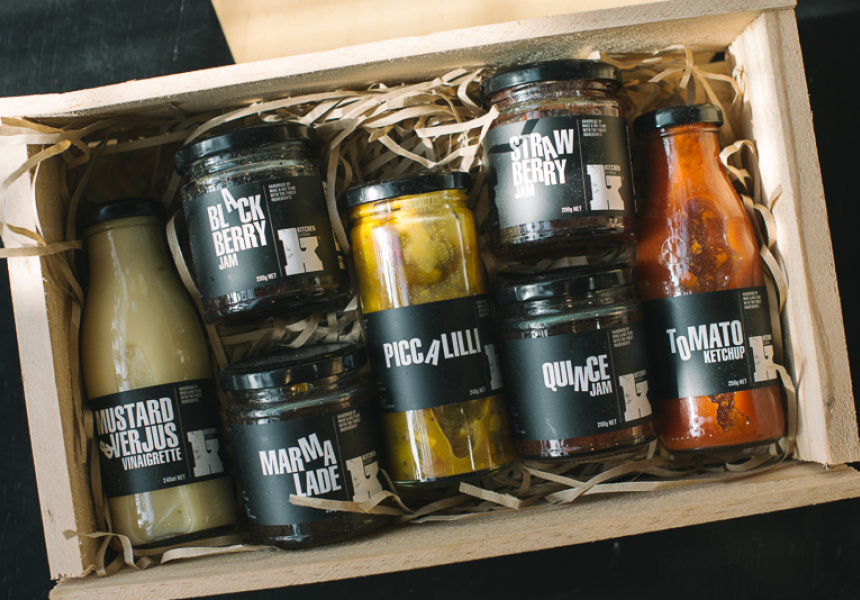 Photography: Courtesy of Kitchen by Mike
1/34
by Aimee Chanthadavong
Share

Lockdown was undeniably tough, but one of the happy consequences was having access to restaurant-quality produce and expertly made almost-ready-to-eat meals. Both of these things made home life a little bit special – and vastly easier – during such a trying time.

Lucky for us, some places have decided to turn what was intended as a temporary business model into the new norm, and are still making freshly prepared takeaway versions of their menu, meals you only need to heat and serve, and also pantry staples and produce boxes sourced from their suppliers.

Kepos Street Kitchen, Redfern
Chef Michael Rantissi has turned the front of Redfern’s long-running Middle Eastern diner into a deli stocking staples including house-made dips, such as hummus and eggplant, and other pantry items such as tahini, halva, rose water, dukkah and nuts. Ready-to-cook meals, such as marinated whole chickens, can also be picked up. There are also plans to install another cabinet to add bagels by Brooklyn Boy on Saturdays and challah on Fridays.

Rantissi tells Broadsheet the decision to make the deli permanent was simple: “[We had] a great response from locals who loved coming in to grab a container of hummus or shakshuka sauce when they were picking up their morning coffees.”

Ho Jiak, Haymarket
Defrosting, dunking and serving are the three simple instructions you’ll find on the ready-to-heat meal packs from popular Malaysian eatery Ho Jiak. They can be kept in the freezer for up to three months, which means you can enjoy all the Ho Jiak favourites including kari kay (curry chicken), beef rendang, satay chicken and Hainan chicken anytime. These can be found in the frozen section of Thaikee IGA in Haymarket’s Market City or at Miracle Supermarket at Macquarie Centre in North Ryde.

Three Blue Ducks, Bronte
If you bought one of Three Blue Ducks’s almost-ready meals you’ll know how flavour packed they are. And super easy: simply slide the sealed plastic bag of ingredients in water to heat up and then serve. Expect tasty things such as slow-roasted lamb shoulder cooked for 12 hours ($25) or half a chicken coated with a spicy peri peri sauce ($16).

Three Blue Ducks also takes online orders for its produce boxes. For $55, you get one filled with seasonal and locally sourced fruit and veggies available for pick up on weekends (or delivery on Fridays if you live nearby). The online store also has plenty of Three Blue Ducks products including preserves and conserves, meats and broths, single-origin coffee and tea, plus grocery basics such as Iggy’s Bread, milk, cultured butter, hot sauce, booze and eggs. In other words: everything. Two and three-course weekend feasts are also available.

Merivale At Home, Sydney wide
Sydney hospitality giant Merivale has not only decided to continue Merivale at Home while the restaurant group gets back to normal, it’s decided to expand the range. There are now monthly chef-curated menus from its best eateries – Mr Wong, Bert’s, Totti’s, Fred’s, Felix and recently opened Jimmy’s Falafel – delivered for between $75 and $150. The multi-course almost-ready meals only need a few finishing touches, and you can add a bottle of wine or a batched cocktail to your order, from a list created by group sommelier Franck Moreau.

“One brilliant thing that has come out of this period is a renewed appreciation for food and the role it plays in social connection, whether that is in restaurants or at home,” Merivale food and beverage director Frank Roberts says. “So we’ll certainly continue to offer the business if the demand is there for it.”

Sang By Mabasa, Surry Hills
Kenny Yong Soo Son of Sang by Mabasa admits that while the lockdown period was difficult, the upside was that it gave the modern Korean eatery the option to “think outside the usual circumstances”. Introducing to-go packs was the result, which turned out to be a huge success. “I think many of our customers wanted to stay home or minimise their time spent outside,” he says.

Firedoor, Surry Hills
“No words can describe how heartbroken I was to have to temporarily close Firedoor. [But] Fireshop was a great opportunity to be able to come back and do something, enabling us to maintain our relationships with each other as a team and our regulars, whilst supporting our incredible producers and suppliers.”

That’s how Firedoor chef-owner Lennox Hastie describes the online marketplace he launched during lockdown. Fireshop is still doing fortnightly three-course dinner boxes for two, as well as a range of specialty goods including Firedoor’s house-made sauces, chutney and amazing smoked butter. Look out also for regular collaboration releases. Some of the recent ones include smoked burrata with Marrickville cheese makers Vannella and Iced-Vovo gelato with Messina.

Chaco Ramen, Darlinghurst
Sometimes all you need is a warm hug, especially during a pandemic. And the Chaco Ramen team have been delivering these all over Sydney – from the northern beaches all the way to Blacktown – in the form of DIY ramen kits and gyozas. Choose from fat soy, chilli coriander or tomato tantan for your ramens, and either a 12 or 40 pack for the gyozas. They come frozen – all you need to do is heat and assemble. Online orders can be placed here, or you can order a ready-to-eat, hot version by popping into the restaurant.

Kitchen by Mike, City
For Mike McEnearney, Kitchen By Mike at Home was always a “long-held dream”. “The time was ripe, as habits are changing and people are eating at home more these days than ever. I see Kitchen by Mike at Home as being another part of my business that can run in parallel to the restaurants,” he says.

The online store, which is here to stay, is a one-stop shop for all your weekly meals and larder goods. Stock the fridge – or freezer for up to three months – with ready-made cooked meals such as twice-baked goat’s cheese soufflé, fish cakes, pulled pork shoulder, or Wagyu beef-and-stout pie. There’s also a bunch of Kitchen By Mike pantry goods including jars of jams, vinaigrettes and chutney. Weekly orders need to be made by 12pm Monday for Tuesday deliveries across the eastern suburbs, inner west, south Sydney, north shore and lower northern beaches. 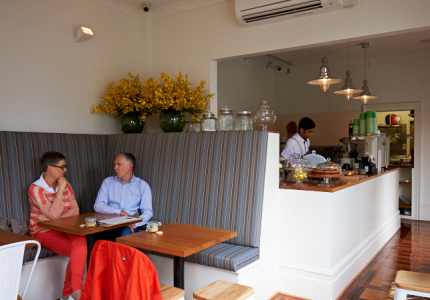