A New Lord for the Raglan

The Lord Raglan re-emerges from dormancy with a focus on craft beer. 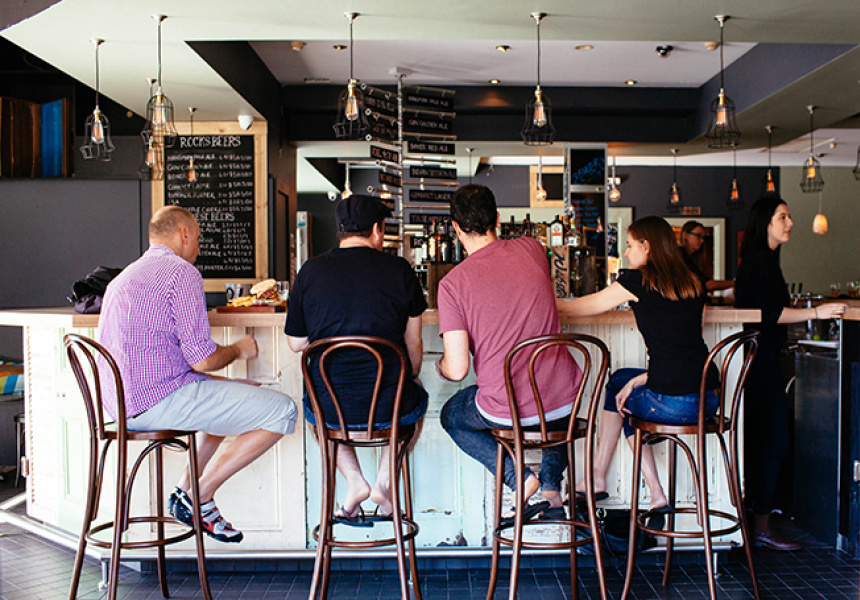 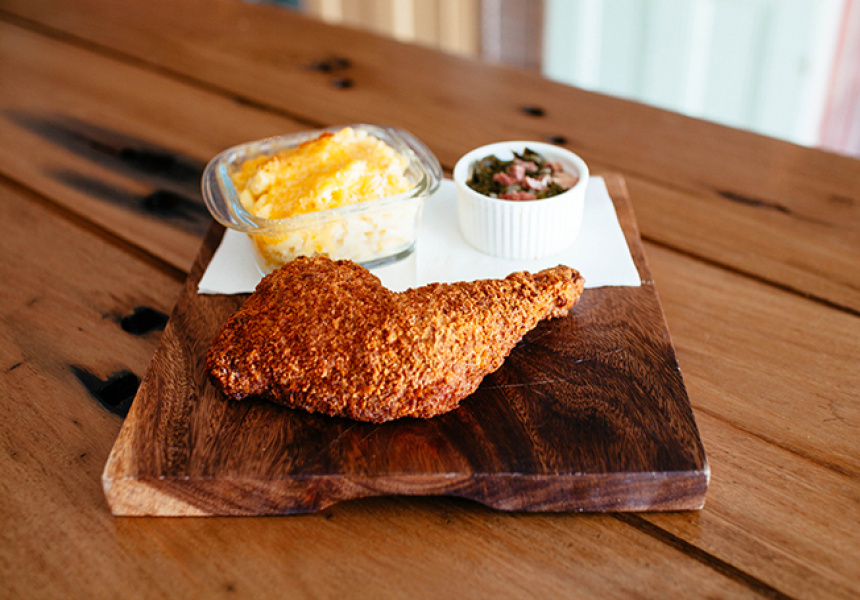 After sitting idle for a few years, Alexandria's Lord Raglan is back in business. It's all thanks to Rocks Brewing Co, which, fresh from opening a new brewery and bar further south in the same suburb, has continued its expansion by lovingly refurbishing the Raglan.

The team at Rocks Brewing have proclaimed its intentions loud and clear: “no pokies” says one sign, “craft beer”, another. Step inside and you'll find a stripped-back room with concrete floors and a dazzling collection of dangling lighting arrangements. The bar is a large square affair made of salvaged doors, with a posse of timber bar stools standing at attention beside it. Down the back, a couple of pinnies sit in front of a bright mural. High timber tables and stools line the walls, on which you'll find framed messages such as, “Money can't buy happiness, but it can buy beer and that's the same kind of thing.”

Behind the bar, you'll find 16 beer taps. All the Rocks Brewing Co standards are on offer, such as Hangman Pale Ale and Boxer Red Ale, with the remaining eight taps given up to beers from other breweries. The rotating taps change regularly – they usually only do a keg or two at a time, but expect representation from local beer concerns such as 4 Pines, Riverside Brewing Company and Doctor’s Orders Brewing. Aside from the taps you'll find an exhaustive bottle selection. The list runs to several pages and includes a host of esoteric local and international brews.

Menu wise, it's all about drinking food. Onion rings, spicy buffalo chicken wings and Baltimore-style crab cakes kick things off. Then it's time for heartier numbers such as the Southern fried chicken with mac and cheese and collard greens. Hot-dog sliders, double cheeseburgers and pizzas round out the food offering, ensuring you'll have the stamina to sample a few more ales before heading home.