Inside Nour, a New Kind of Middle Eastern Restaurant

Forget everything you know about Lebanese food (and restaurants). 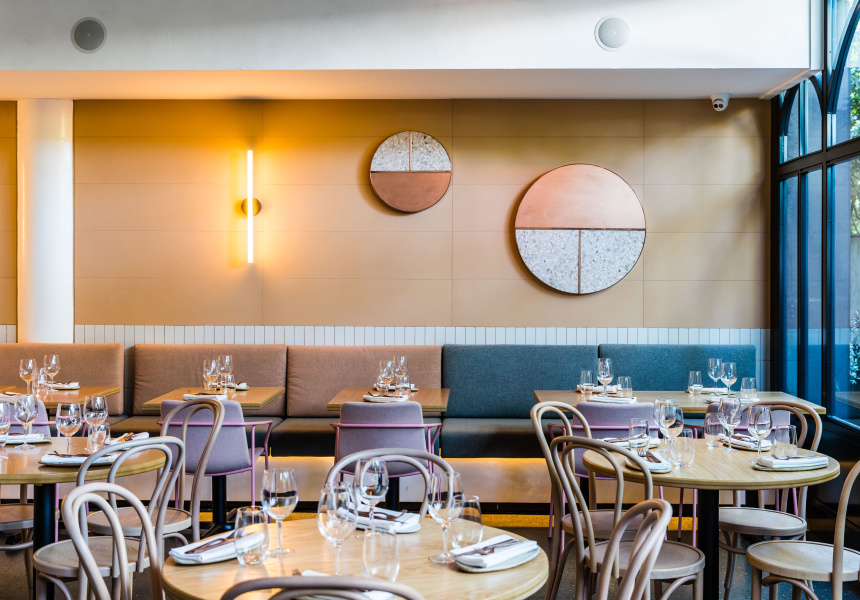 Ibby Moubadder and Eleanor Harris look confident. The Cuckoo Callay duo believes, despite the sea of excellent new restaurant openings, their venue has a good shot. Because there’s nothing really like it.

It’s called Nour and it is the most creative take on Levantine (eastern Mediterranean region) food we’ve seen in Sydney. While a modern version of this cuisine has appeared in Sydney before (occasional dishes and casual cuisine fusions at Cubby’s Kitchen, Thievery, and Pazaar), it hasn’t been done with the same courage and finesse as Italian food at [ACME], Korean at Moon Park or Japanese at Cho Cho San.

“[The menu is] a collision of cultures and techniques,” says Moubadder. “We've brought modern-Australian techniques and ways of cooking to make the food the way we want to.”

To do that the team has brought in Palestinian head chef Nader Shayeb (ex-Moro, London) and Israeli Ram Kimelfeld (ex-Raphael, Tel Aviv) as sous chef. They, along with executive chef Roy Ner (ex-Aria), have eschewed regular charcoal roasts and stews for a wood-fired oven that roasts breads, pumpkins, and tender short-ribs accompanied by sticky carrots and a mini-pot of béarnaise-toum (that garlic sauce you get at old-school Lebanese joints).

There’s also a lot of fun to be had with doughy Lebanese pumpkin dumplings; mini-taco-like flat breads with radish and chicken innards; a deconstructed baklava; and a well constructed pumpkin cheesecake served with halva ice-cream. “We wanted to show our personality in the food,” says Harris.

The same goes for restaurant’s design by DS17. “We wanted no resemblance to Lebanon in the design,” says Moubadder. The one reference they have kept is the terracotta wall that separates the private dining room. Otherwise it’s all light timber, pink tones and views of the kitchen and bar. The latter is the domain of Amir Halpert from The Owl House, who’s made a vaguely Lebanese-inspired cocktail with figs, pomegranate, watermelon juice and orange blossom.

Nour is opening on Friday October 7. 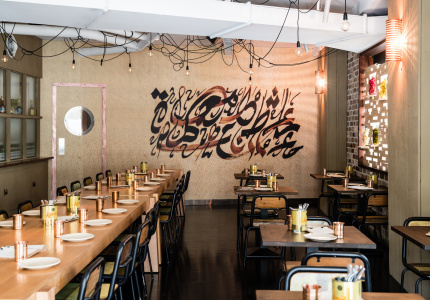 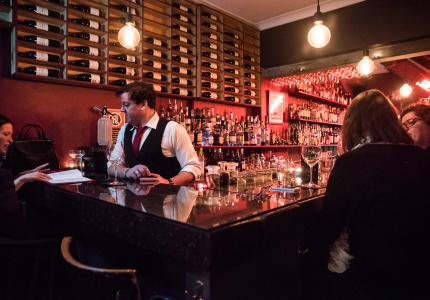 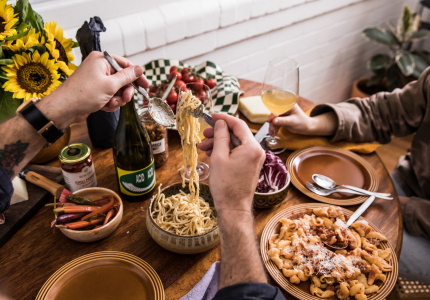