New Inner-West Totti’s May Be Merivale’s Third Take on Its Popular Italian Eatery, But It’s Rocking Its Own Vibe

Chef Mike Eggert is not being a diplomatic parent – he reckons this is the most beautiful Totti’s. You can still get its now-famous puffy bread and pastas, but this newbie has carved out its own identity. Here’s why. 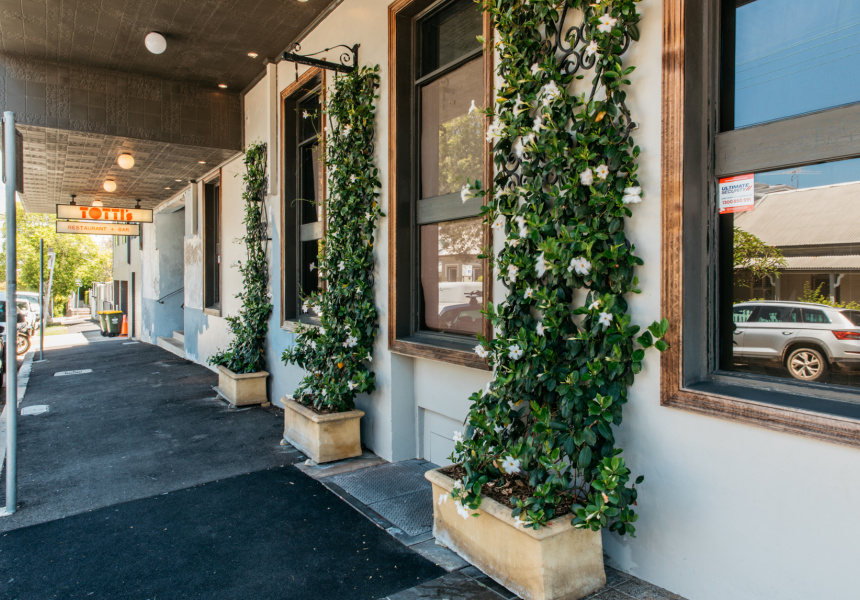 Mike Eggert is a busy man. The Totti’s executive chef has just overseen the reopening of its CBD Bar Totti’s following a renovation to add more space and a larger kitchen – meaning that, like the original Bondi spot, pastas are now available. “It might be an old site but it 100 per cent feels like we’ve opened a brand-new restaurant,” he tells us.

A few days later, a third Totti’s was added to his remit – this time in the inner west, in the historic 3 Weeds pub. “Rozelle Totti’s is amazing. It’s so good. The guests are happy, the locals really love it – we love the space,” he says enthusiastically.

And unlike a parent who is reluctant to hint at his favourite, Eggert dives right in. “It’s fucking beautiful,” he says. “They’ve knocked it out of the park. It’s the nicest one of the group.”

He’s not wrong. The restaurant channels the original Totti’s – just look up at the exposed timber rafters; and those plump cactus leaves are again used as decorations. But the Merivale design and architecture team, led by Bettina Hemmes and her CEO brother Justin, have expertly transformed the pokey and dark 130-year-old hotel into a stunning and elegant modern space.

It’s now essentially one large room but it’s got nooks, intimate spots and, importantly, lots of natural light thanks to a sky light and a pretty atrium garden. The slanting, acoustic-panelled ceiling at the back of the pub is not just a clever way to absorb the hubbub, it’s striking and graceful.

In between Eggert dropping proud-dad comments, he says he’s loving that this newbie has its own distinct personality. His Totti’s theory goes like this: “Each place has its own voice".

“The city [Totti’s] has a frenetic lunch vibe, and then at night it’s dance-y and more of a party. The city is still quiet but last weekend we were still cooking at 1.30am," he says. "Bondi is about the long lunch – it’s more Amalfi, with lots of famous people, a place to be seen and a hub for people who appreciate good food.

“And Rozelle has a real local crowd – people who live in the area, and lots of families who want a nice meal and a good bottle of wine. We’re full by 5pm with young families,” he says.

The vast kitchen allows for additional cooking tools, such as a Brazilian-style charcoal grill, which means dishes are slightly different and have a unique flavour profile. Case in point: the grilled leeks, which are deliciously smoky and topped on creamy stracciatella; and the Josper-roasted corn drizzled with butter. Both are a must order.

“We have three talented head chefs at the three venues and they and their teams work with the identity of Totti’s – the menu, the food, the produce. But if you give someone a carrot and a tomato, they will each add their own spin. The dishes might be the same at all venues, but they aren’t all created the same way,” says Eggert.

Of course you can still get its handmade pastas and large-format steaks, or create a choose-your-own adventure taste exploration by ordering its always-great puffy bread and a couple antipasti (my suggestion is to order the house-made ’nduja, peppers and the baked tomino cheese).

One big difference is Rozelle has a dessert bar, where they’re encouraging kids to take a seat and order scoops of gelato or elaborate sundaes and banana splits.

The front bar will open soon, and we’re told it’ll remain true to its original design.