The Tin Humpy, a bustling community hub of coffee, pastries and art, was a long time in the making. 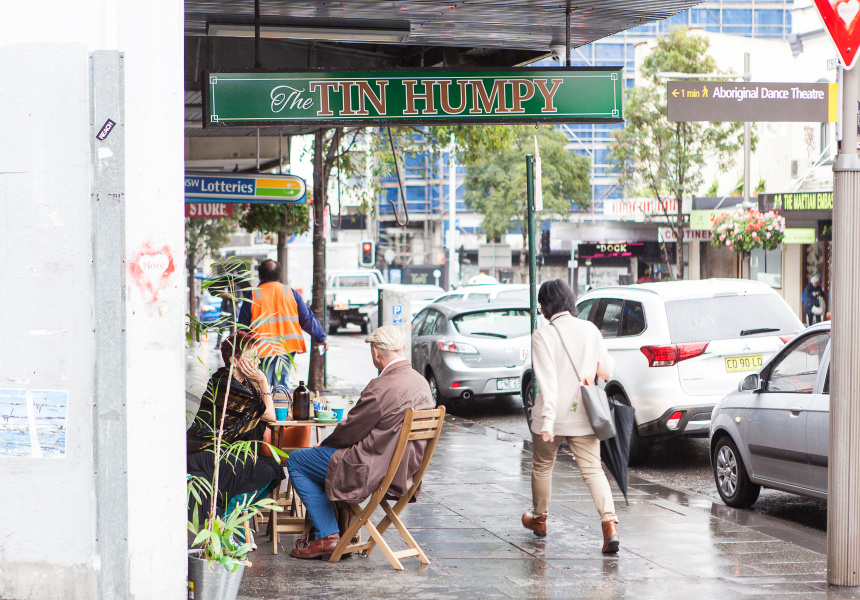 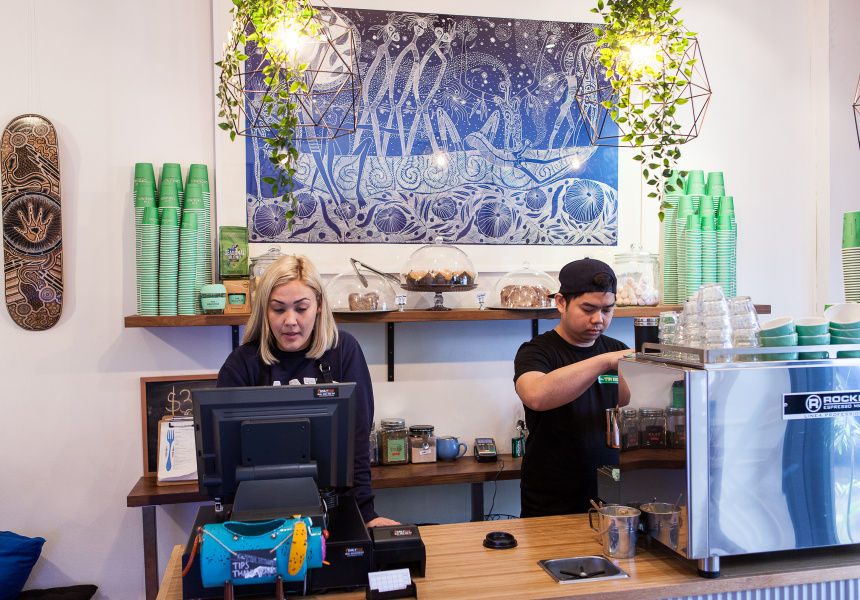 Yvette Lever’s story is proof that it’s never too late to follow your passion. In July, the 57-year old opened The Tin Humpy Café in Redfern, realising a dream that had been over a decade in the making.

In 2001, Lever, a Bundjalung woman from the Far North Coast of New South Wales, left her farm at Kyogle and moved to Sydney, where she put her goal of running her own business on hold while she spent 10 years working in early-childhood education.

Taking a job at the Grounds of Alexandria in 2013, Lever keenly absorbed everything she could about the fast-paced hospitality industry, determined to learn the ropes of running a hectic cafe. “I worked there for three and a half years in the pastry, baking and prepping areas,” she says.

Lever says she was the only Indigenous staff member, and one of the oldest. Her bosses, The Grounds’ owners Ramzey Choker and Jack Hanna, knew of Lever’s desire to open a cafe and offered her mentorship and extra training. “They said, ‘We’ll support you in any way we can’,” she says.

While she worked at the Grounds during the day, Lever studied small business at night-time classes at TAFE before completing her pastry chef apprenticeship. Her plan to open a cafe remained a pipedream until a chance conversation with her cousin, the prominent Redfern local and community leader Shane Phillips. Lever asked him if he knew where she could house a new food van she’d bought. Two weeks later, Phillips got in touch to ask if she was interested in running a cafe. Over the moon, Lever immediately said yes.

The new cafe’s location is a building owned by retired local doctor Michael Asher, one of the founders of the Aboriginal Medical Service in Redfern. It has housed numerous cafes over the years, most recently Biri Biri.

Dr Asher offered Lever the pick of his extensive Indigenous art collection to decorate the space with. A spectacular painting, depicting spirits sailing on an ocean-borne canoe, by Cairns artist Aaron Meeks sits behind the coffee machine. “It’s absolutely gorgeous,” Lever says. “Everyone loves the artwork.”

The menu features a range of classic cafe dishes, including Lever’s stunning pastries, and coffee from The Grounds. Lever’s daughter Monique works behind the counter, and her son George is responsible for the cafe’s name. “When we were young we lived in a tin shack – and, if you look in the Oxford Dictionary, [“humpy”] is an Indigenous word to Australia,” she says.

Lever is keen to offer employment opportunities to local kids and eventually run free classes in cooking, coffee-making and pastry-baking for teenagers. Local businesses and community groups like Tribal Warrior use the greenery-filled back room for meetings.

When Lever first visited Redfern 40 years ago, the area was vastly different. She remembers the Eveleigh Street neighbourhood as a largely Indigenous community. “Now you’ve got a lot of highrises, a lot of units – the city is moving closer,” she says. “It’s going full steam ahead.”

Lever welcomes how multicultural the area is these days. “That’s the way the world is,” she says. “Everyone is welcome here – it doesn’t matter what nationality you are. We’ve all got to get along in this world.”

Find out more information on the histories of Sydney’s Aboriginal and Torres Strait Islander communities.