Saulog has headed the kitchen at the Potts Point brasserie for the past two years – but is set to launch a new Catalan restaurant in 2022. 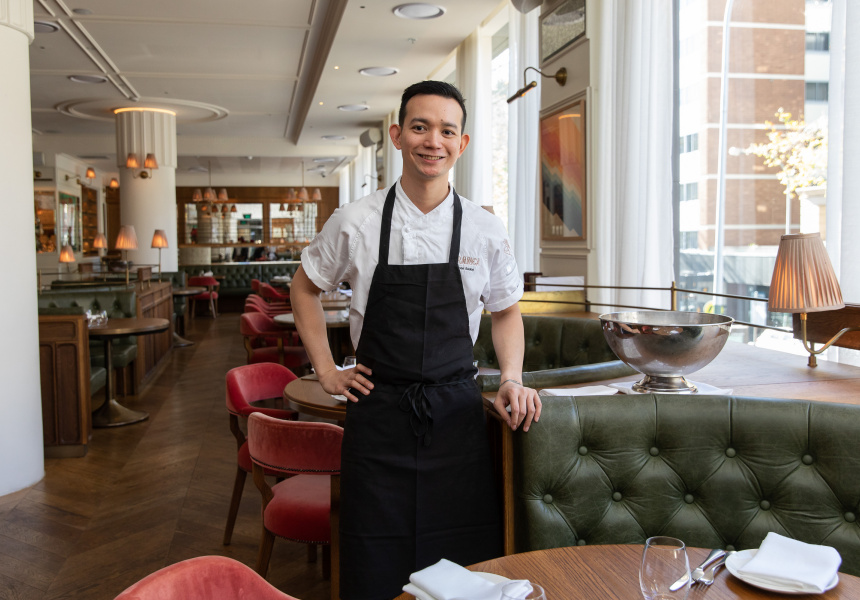 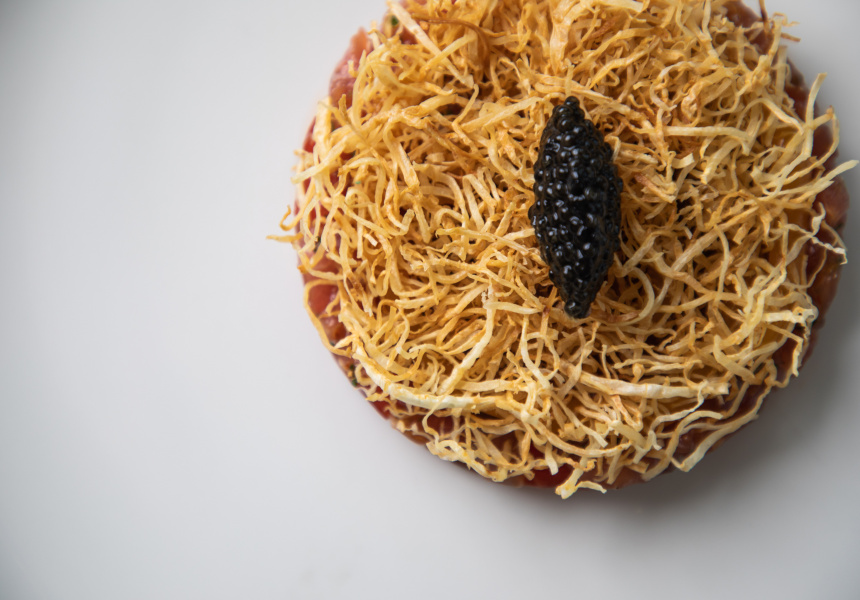 For the past two years, Jose Saulog has headed up the kitchen at Potts Point’s French-inspired Franca Brasserie, turning out a sophisticated menu of contemporary French classics imbued with influences from across Europe. Croque monsieurs are topped with caviar; caramelle (pasta) is dressed in spanner crab and ratatouille; and a lemon-meringue popsicle arrives for dessert topped with hazelnut praline and shortbread. And now Saulog’s workload has been doubled – he’s been appointed executive chef at Franca’s soon-to-open sister venue, Parlar.

Parlar, launching in February, will be Catalan-inspired. As at Franca, Saulog will draw from his time in kitchens here and abroad for the menu. Following short stints at Tetsuya’s and Glass Brasserie, he spent almost three years at Bells at Killcare, on the Central Coast, before heading to a luxury hotel in Hamburg.

Saulog has recently reinvented the post-lockdown menu at Franca and has been dividing his attention between that role and his new one at Parlar. Here’s what’s in store.

What’s your job title?
I have been the executive chef of Franca Brasserie for the past two years and am currently working on our soon-to-open project [Parlar] in Potts Point. I ensure the smooth operation of our kitchen while continuing to create new dishes for Franca.

Why did you decide to make the move to Franca?
I returned to Australia after a two-year stint in Germany, working at Lakeside Restaurant [Hamburg], with hopes to reinvigorate the Sydney dining scene. I met [owner] Andrew Becher and Alex Cameron [general manager] who also had the same idea. Franca Brasserie was in its planning stages, which allowed me to join the team from the start and help the restaurant evolve into what it is today.

Do you have any fun plans or ideas in the works for your current role at Franca, and your new role at Parlar?
As we continue to plan for the opening of our sister restaurant, I am always trialling new dishes and concepts both for Franca and Parlar. We have grown our offering of simple snacks as I love the idea of a one- or two-biter to start your dining experience.

Have you brought along any ideas or dishes you’ve learnt or created at other venues, either for Franca or Parlar?
As a chef I always believe when a dish is made, it is made for that restaurant and whether it is my idea or someone else’s, those dishes remain. However, the ideas or flavours or small concepts may be used to inspire new creations at future ventures. We definitely are using techniques which I have learnt in previous kitchens, including our foie gras macaron, which is my simple take on a previous foie gras parfait from Lakeside.

And will we see any cool dishes or ideas on your new menu that might excite diners?
The past four months of lockdown has allowed for many creative ventures, including our spanner crab caramelle. [It’s] a team-bonding dish as we all work on rolling out the pasta, filling and folding each caramelle. Our toothfish really portrays the excitement of reopening with its burst of lemonade fruit – an unknown citrus to many – along with the spring vegetables, reminding us all of the joy and freshness of this spring season.

Spring also sings lamb to me. Our dish of spring lamb consists of braised lamb breast that is glazed in merlot vinegar and topped with a seed crust of mustard, fennel and coriander.