A New Dawn at Devon

Down on Devonshire Street, a little cafe is turning breakfast on its head. 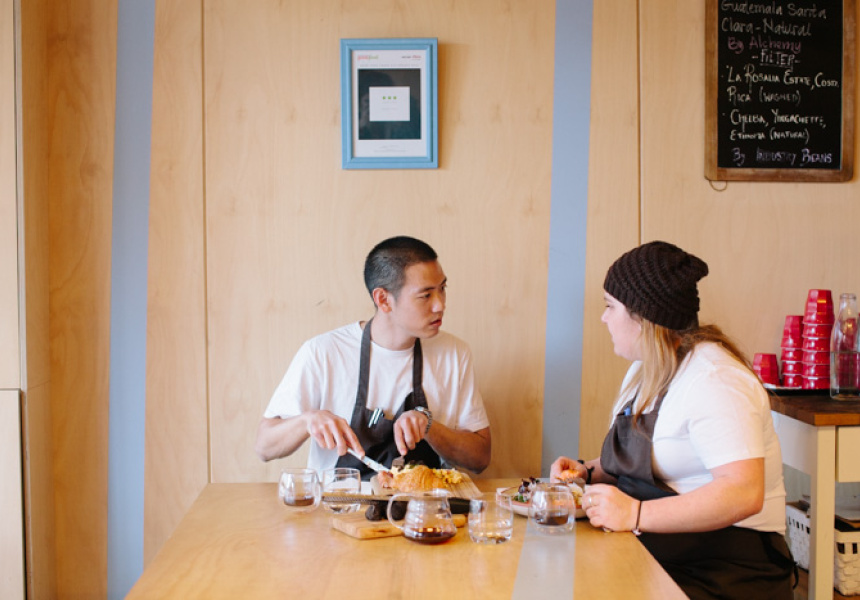 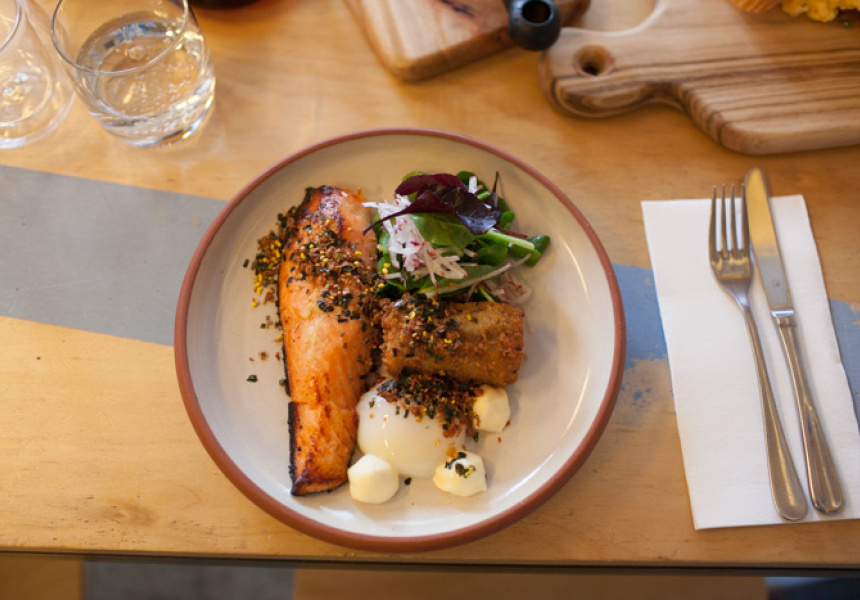 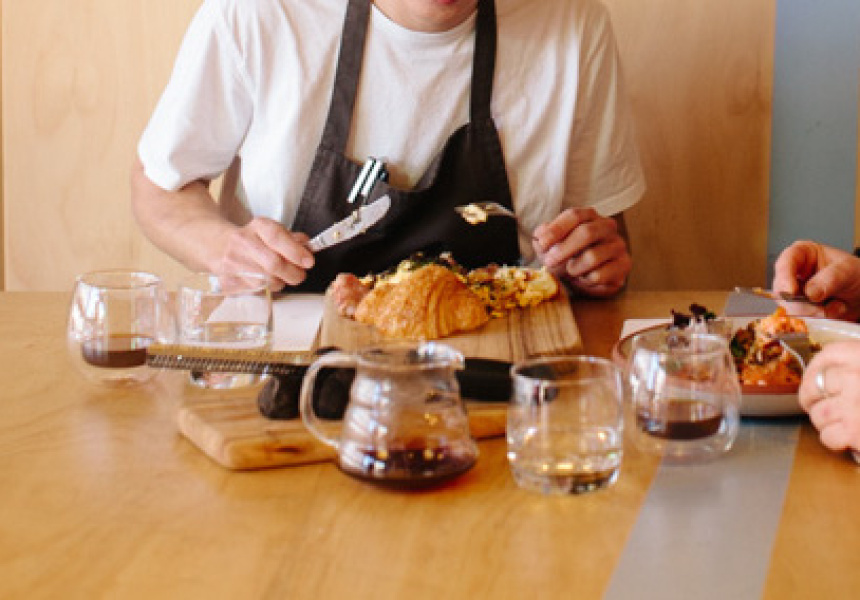 If you eat out for breakfast more than once every three months in Sydney, you might find your eyes starting to glaze over as you stare down another menu of baked eggs, smashed avocado and corn fritters. Happily, there is a small but growing number of Sydney eateries venturing into the great breakfast unknown, and it’s Devon Cafe leading the charge.

At this blonde-timbered cafe, open since early 2013, chef Zacharay Tan has created a menu that eschews The Big Breakfast in favour of blood sausage, smoked eel and truffles. Tan was born in Penang, Malaysia, and spent two years studying pharmacy in the shadow of his pharmacist parents before deferring to work in local restaurants instead. In 2006 he brought his dreams to Sydney, studying at Le Cordon Bleu and filling his resume with stints at Jimmy Lick’s, Pier, Guillaume at Bennelong and Melbourne’s Bistro Guillaume.

It was during his time down south that Tan decided Sydney’s cafe scene was a little lacklustre. When he was offered the chance to head the kitchen at soon-to-be-opened Devon, Tan saw an opportunity to help close the gap between fine dining and casual eating. “It’s always been a dream of mine to take the reins creatively, to do the food I want and have fun in the kitchen,” he says. Tan’s ex-Guillaume colleague and close friend Jacqui Ektoros helps head up the kitchen. With her Greek background, time spent running a family seafood business and fine-dining pedigree, Ektoros brings energy, ambition and a bit of no-nonsense pluck.

Tan’s autobiographical menu combines French technique, Asian flavours, top-quality seasonal produce and some quirky imagination. Narrative weaves together the elements of each dish – including Breakfast with the Sakumas, featuring a robust piece of miso-marinated salmon, a crunchy crumbed smoked-eel and rice croquette, 63-degree egg, kewpie mayo and a crisp radish salad. The dish was inspired by a meal Tan ate with his wife’s parents in Fukushima, one week before the 2011 earthquake and tsunami. Her family survived, but dangerous radiation levels mean Tan, his wife and their three young kids can no longer visit.

The Breakfast Blini tells a less-solemn story: its tangerine and emerald-hued huddle of house- cured king salmon, salmon caviar, broccolini, Mikado sauce and poached eggs was inspired by Ektoros’ inclination for eggs benedict. “But I don’t want to eat an eggs benny because I’m bored of it,” she says. It’s during truffle season, though, that you’ll find the longest queues at Devon, as diners indulge in the Ultimate Toastie, an epic offering of sourdough, mushrooms, fried eggs, fontina cheese and a heavy blanket of shaved West Australian black truffles.

“I think people are bored of going to a cafe and having average coffee, average service and the same food they were having 10 years ago,” says Ektoros. “So we wanted to pimp it up ... and take cafe food to the next level.”

The pair is now looking towards spring, and they’re talking sea urchin (at its best in late winter and early spring), plus some lighter, fruit-driven dishes as the days grow warmer. “We’re both very happy we’ve been accepted and that people appreciate our food,” says Tan. 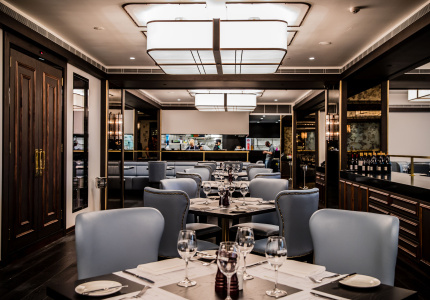