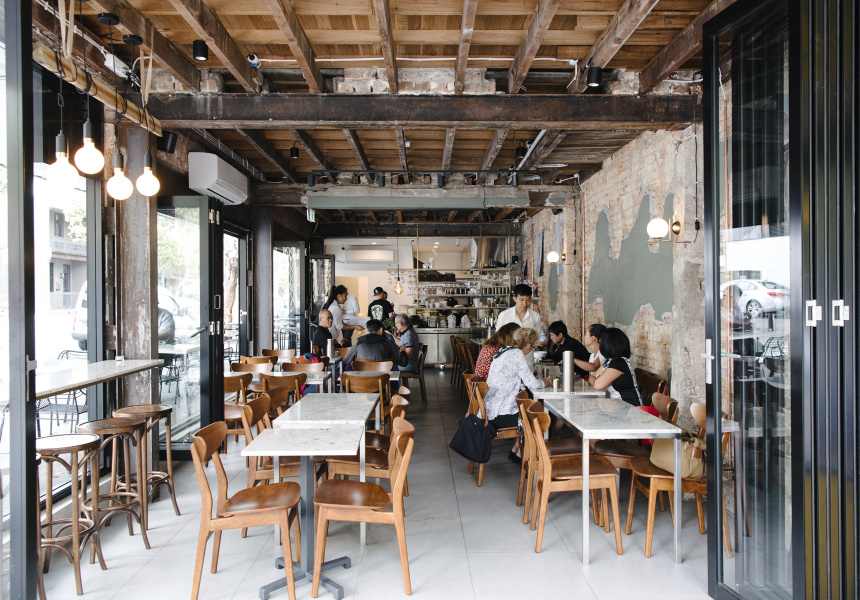 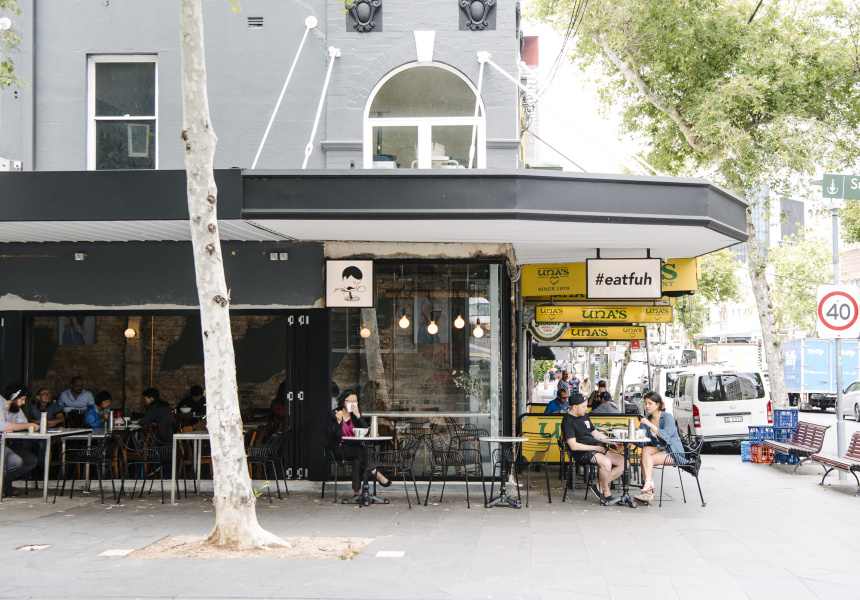 It’s lunchtime at Eat Fuh on its first day in Darlinghurst and it’s like the Boxing Day sales. Nearly every space that can be filled by a human is, and more wait outside.

But Hoang Nguyen and the Eat Fuh team (he is now joined by friends Anthony Phan and David Lim) haven’t spent a cent on advertising, there’s no big-name chef on board and, although it’s hardly shabby, there’s no super-fancy, million-dollar fit out, either.

What’s going on? Is inner-east Sydney desperate for new pho restaurants? Or does Eat Fuh just have a massive following? Probably both are true.

It was just as hectic when the crew took its roaming market stall to Marrickville (which, unlike Darlinghurst, has plenty of Vietnamese dining options) for its first restaurant. It continues to be packed to this day.

With more kitchen space, the Darlinghurst Eat Fuh can offer an extended menu. At the moment it’s the addition of papaya salads and optional chops in your soup, but Vietnamese pancakes will be introduced (made with the traditional grills), as will central-Vietnam-style fish noodle soup. A few untraditional dishes are coming too, such as Vietnamese beef stew in a pie or a bread-bowl, a vegan sweet and sour soup, and Macedonian cabbage rolls. “We are more about the recipes from our family than we are strictly about being [a] Vietnamese [restaurant],” says Nguyen.

It’s also secured a liquor licence. “It is notoriously difficult to find a nice wine that goes with pho, so we’ve done the hard work – and it wasn’t easy – to find the perfect matching wines,” says Nguyen.

The result is a succinct list that features a couple of Aloft’s wines from the Adelaide Hills and a few from overseas, including a rose from France and a grenache from Spain. “The wines were specifically chosen for the fruit characteristics and complexity to complement and contrast to the spice flavours of the star anise, cardamon, cinnamon and cloves. The subtler sweeter taste of the wine balances the saltiness of the pho,” he says.

Like the Marrickville venue, the pho is a mix of southern and northern styles, made with a rich and beefy broth that takes eight hours to make and using oven-roasted spices.

The beautiful corner venue has a similar design aesthetic to the original, although the large, retractable windows give it a very airy, sunny vibe. The open-plan dining room features stone tabletops and the ceiling has been stripped back to give it an industrial but warm feel. “We didn’t use a designer,” says Nguyen. “With both sites our intention is the same: we want it to be about the food so the idea is to strip everything back to its bare essentials so that the only thing remaining is the food.”