A more sophisticated take on the American dining wave. 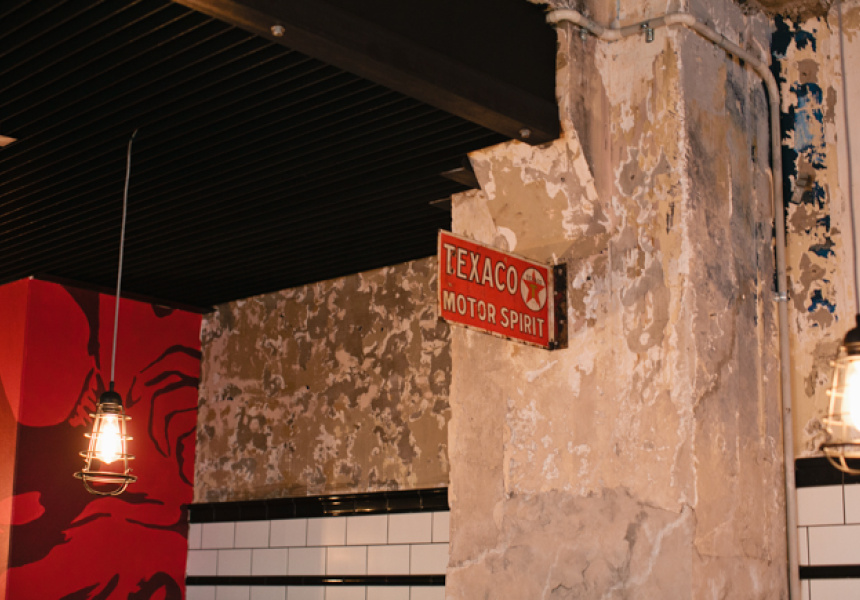 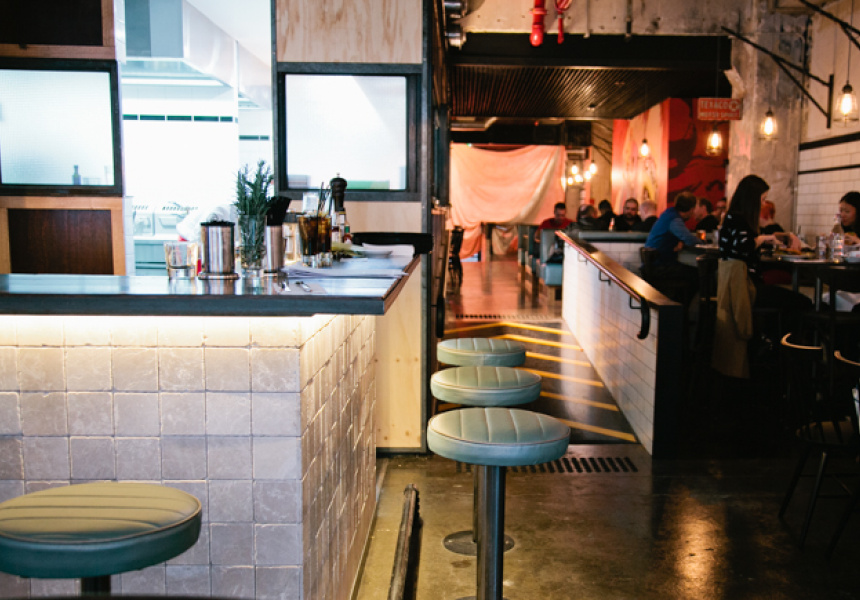 Dramatic, draping canvas sheets have blanked out the windows of the lower ground floor of 17–19 Bridge Street for some months now. Well, earlier this week, Bridge Street Garage Bar & Diner was finally unveiled. Amidst the influx of American-influences venues across the city – burgers and diners and glowing neon signs – Bridge Street Garage has sidestepped the kitsch factor and is offering up something a little more subtle and sophisticated.

Argentinean chef Oscar Gorosito has been absorbed in every aspect of the site’s development and claims to have “the coolest kitchen in Sydney”. Along with AN+A Architects and Kerrie Hanton Interiors, Gorosito has given the restaurant a raw feel, with high concrete ceilings left exposed and recycled car headlights and booths in pale teal pearlised leather offering modest cues to the garage theme. The loading dock entrance in Bridge Lane has been maintained and now features a hand-cranked garage door, while a Richard Goodwin car sculpture hangs above the bar.

On the menu is Gorosito’s chimichurri sauce (the original Argentinean version, made without coriander), with the chef’s refined South American flavours permeating a great selection of all-American staples. Think onion rings, sticky pork ribs and burgers like the ‘Garage’ and ‘Firey Gaucho’ (cowboy). Empanadas with beef or sweet corn are also a must-try. The front bar plays host to a long list of specialty bourbons and whiskeys (including the soothing cinnamon Fire Ball), a suite of Argentinean malbecs and cool cocktail twists like the ‘O.M.G. Bloody Mary’, which includes an entire hard-boiled egg.

Bridge Street Garage has taken a new approach to the diner idea, offering fresh, original and sophisticated flavours, but still managing to preserve the casual, relaxed feel of the experience. 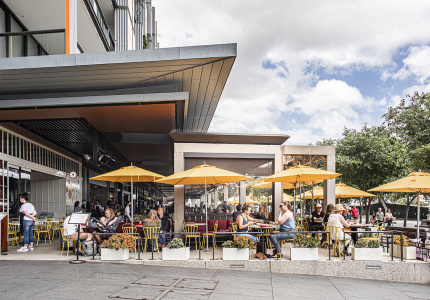