A black-forest porter and passionfruit sour might be tapped one week, a dry-hopped wild ale and blonde lager the next. 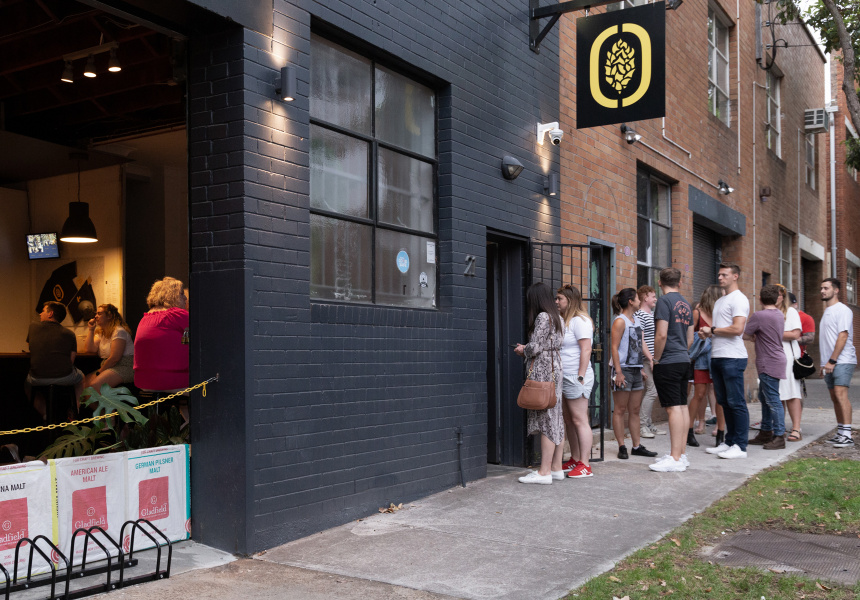 Father and son brewers Mark and Mike Meletopoulo don’t have a core beer range at their Alexandria brewery, Bracket Brewing.

“The worst thing for me is if you go all the way across Sydney to a brewery and they have the same beers you can find at the bottle shop around the corner,” Mike tells Broadsheet. “People get excited by different beers.”

But Bracket doesn’t do what Mike calls “hype beers” either. “There are lots of beers with crazy ingredients, heaps of lactose or fruit. Like competition beers – you have to get as much impact as you can with one sip, but you’re not going to want to drink a lot of a beer like that.”

Instead, the Meletopoulos brew a range of beers, some riffing on the familiar, such as a Munich keller (blonde lager) and IPA variations. Others are a little less familiar, including the delicious, approachable passionfruit sour; the chocolatey cherry-infused black forest porter; and the tart dry-hopped wild ale. Besides never making the same beer twice, the Meletopoulos have one other brewing criterion: “We don’t sell anything we wouldn’t want to drink. If we wouldn’t come back for a second, we put the whole thing down the drain.”

When Broadsheet visits the brewery on a Tuesday morning there are 10 beers on tap. The next rotation of new brews take up four of the six uni tanks, and there are also 200-litre pilot tanks in which Mike is testing out a session hazy and some new sours.

Mike is sitting at a laptop at a long communal table, working on Bracket’s website. A breeze blows past a row of plants sunning themselves at the brewery’s open roller door. Mike has little experience in web design, but he and Mark have been forced to become jacks of all trades. Between council delays and the pandemic, they paid rent for a long time before they were able to open the doors. To cut costs they built the bar, hooked up the tanks and ground smooth the cement floors themselves.

“It’s been really challenging and we’ve done a lot more ourselves than we expected, but it’s good because we know how things work,” he says.

Hemmed in by brick buildings and a Harvey Norman carpark, Bracket Brewing is a charming sanctuary. There are potted plants everywhere, sourced from Mark’s front garden, and the criss-crosses of wood stabilising the roof beams in the long space are a pleasing design touch. Rows of shining tanks at the back are visible from the front bar and seating area.

Sit from afternoon to night, ordering Uber Eats from one of the many nearby eateries and sampling the range of beers, from the sessionable to the more challenging.